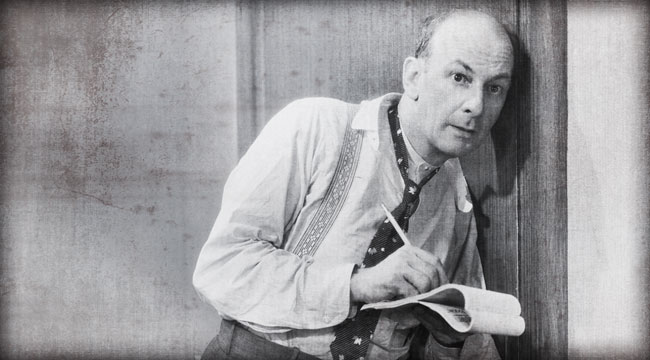 All and None of the Government's Business

Amidst all the revelations about how the American people, many of whom are absolutely convinced they live in a free society, have their telephone calls, emails, website visits, and who knows what else under surveillance by their own government, let’s not forget the massive infringements on financial privacy that have gone on for decades.

Consider, for example, that ridiculous $10,000 regulation, which requires Americans returning from a foreign country to declare to U.S. customs officials whether they’re carrying $10,000 or more on their person. What’s that all about? We are all so accustomed to it that hardly anyone gives it a second thought.

Sure, I know what you’re thinking: “Jacob, who carries $10,000 on their person when traveling overseas?” But that’s not the point. The point is: What business is it of the government how much money a person is carrying anywhere at any time? In a genuinely free society, that’s something that is none of the government’s business.

Ironically, it’s not illegal to carry $10,000 or more if you travel domestically.

I suppose they might bring up the “war on terrorism” except for the fact that the regulation has long preceded that particular war.

Quite honestly, I don’t know what the rationale for this silly regulation is. I imagine that they defend it under their beloved war on drugs. Obviously the regulation hasn’t done much to win that war, given that it’s still going on after several decades of warfare. So, what good is it, except as a way to let people know who’s the servant and who’s the master?

By the way, I don’t think you’re required to disclose to the feds if you’re carrying $10,000 as you leave the United States. I guess they don’t care if you’re planning to do a drug deal in another country.

Ironically, it’s not illegal to carry $10,000 or more if you travel domestically. But heaven help the person who is caught doing so by some law-enforcement agent. He’ll say that you’re obviously a drug dealer, even if you’re not carrying drugs. He’ll grab your money and take it back to work, where they’ll use it to buy a new cop car or remodel the office.

There’s also that regulation that requires you disclose to the government if you have a foreign bank account. Why is that any of the government’s business? I suppose they’re afraid that you’re not paying your fair share of income taxes. Given the voracious need of the welfare-warfare state to pay for its ever-growing expenditures, the feds are getting increasingly anxious to grab as much of people’s money as possible. That’s why they’re now squeezing the Swiss to abandon their centuries-old tradition of financial privacy insofar as American customers of Swiss banks are concerned.

And now, thanks to the much-vaunted “war on terrorism,” we have what are called “national security letters.” Those enable the feds to walk into a bank and secretly spy on all your financial transactions without a judicially issued warrant and without even telling you. In fact, even the bank is prohibited from telling you what’s happening. That’s to ensure that you can’t go to the courthouse and seek an injunction from a judge enjoining what the feds are doing to you without notice and due process of law.

The bankers are also under orders to report anything they consider as “unusual.” Quivering and quaking over the very real possibility that the feds will come after them with huge fines, bankers are more than eager to snitch on their customers.

All of this, of course, is billed as a normal and everyday part of living in a free society. Americans are even encouraged to thank the military branch of the government for “keeping them safe” and “defending their freedom,” especially when it invades, occupies, and kills and maims people in faraway lands.

Actually, however, infringements on financial privacy are as antithetical to a free society as the NSA surveillance schemes. In a genuinely free society, people are free to handle their financial affairs and their personal lives in any way they want, without concerning themselves with the prying eyes of government officials.

Thus, it shouldn’t surprise anyone that our American ancestors lived in a society in which there were no $10,000 reporting requirements, foreign bank reporting requirements, “national security letters,” and other such violations of financial privacy. But then again, they also lived in a society without income taxation, welfare state, drug war, war on terrorism, and vast national-security military-intelligence establishment.

Not anymore. Now the United States is just like every other nation, including the totalitarian ones. Today whatever people do with their money is an open book for the prying eyes of the federal government, as much as people’s telephone calls, emails, and website visits are. Sadly, it’s all considered part and parcel of “keeping us safe and free.”

Jacob Hornberger
for The Daily Reckoning

Ed. Note: With so much government regulation, it’s becoming harder and harder to live outside the prying eyes of the state. But it’s not quite impossible. In fact, readers of the Laissez Faire Today email edition are treated to daily commentary and regular opportunities that can help them live a happier, freer lifestyle while keeping the state at arm’s length. Sign up for FREE, right here, to find out what you’re missing.