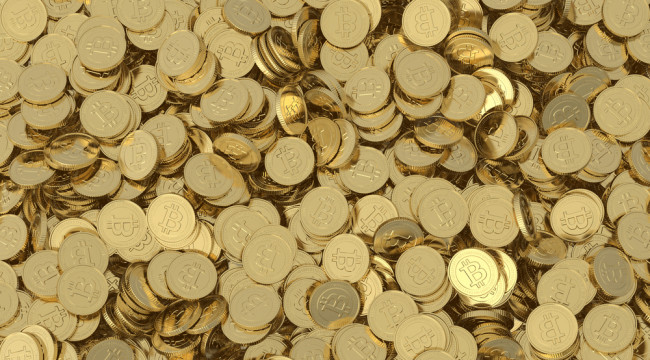 Alan Greenspan: Bitcoin Is a Bubble

Former Fed Chairman Alan Greenspan was asked recently on Bloomberg TV whether he thought Bitcoin, which had an 80-fold run-up this year, was a bubble. Video below:

“I guess so… currencies, to be exchangeable, have to be backed by something,” he grumbled. Without intrinsic commodity value or the force of a government, Greenspan claims, there’s no way to “back up” a currency. Bitcoin is worthless as an exchange medium, he says, because it has no such backing.

He did note, however, that wealthy individuals might create their own individual currencies quite easily. So Buffettcoins might really be worth something. Bitcoins, however, which merely run on trust built by a few million individuals, are headed for ruin.

We’d better trust Mr. Greenspan’s opinion. He ran the Fed for nearly 20 years, after all, and can predict bubbles better than anyone. Like when he predicted in 2004 that the housing bubble would burst: “While local economies may experience significant price imbalances, a national severe price distortion seems most unlikely in the United States, given its size and diversity.”

OK, maybe he didn’t predict that. But he’s on TV being interviewed, so he must know something, or whatever. The Sunlight Foundation’s Eric Mill disagrees, having recently tweeted that “decentralized, immutable records of activity guaranteed by network consensus are revolutionary, and only Bitcoin is doing it.”

What do you think? Let us know in the comments.