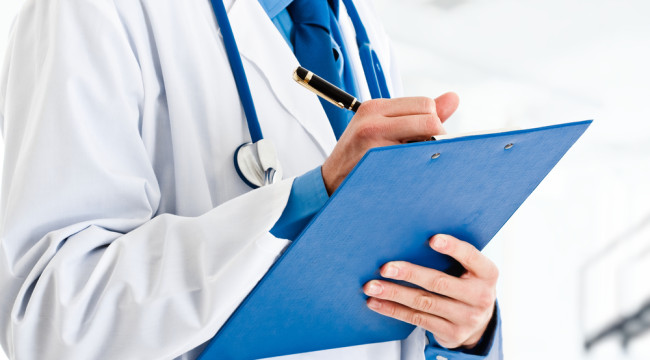 A great visualization of the Affordable Care Act conversion funnel as depicted by Millward Brown Digital via Compete.com

The numbers here are… uh… interesting. 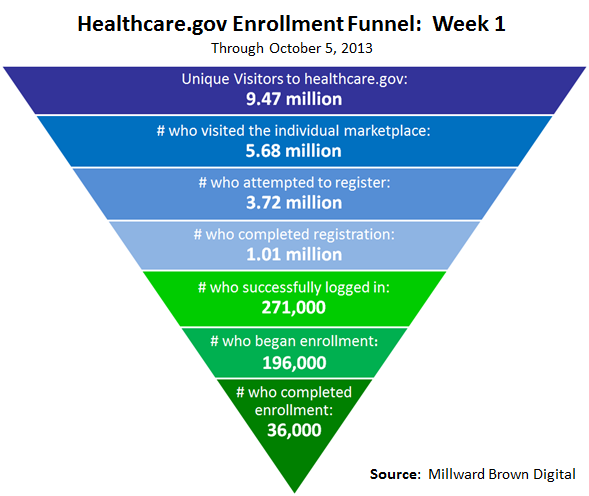 Paul Krugman: “Obviously, they messed up the programming big time, which is kind of a shock.”

We couldn’t agree more with Dr. Krugman. It was a huge shock to all of us that the healthcare.gov website was a failure of such epic proportions that a mere 36,000 people successfully enrolled out of nearly 4 million who attempted to register through Oct. 5. Today the registration is up all the way to 51,000, by some estimates. The administration has yet to release its own data.

Daily Kos blogger Tirge Caps expressed some concerns with the new program, noting his premiums were about to double, according to his insurance company: “I am canceling insurance for us and I am not paying any f*cking penalty. What the hell kind of reform is this?”

Tirge Caps: Stop complaining… clearly your massive premium increases were worthwhile. Americans are fortunate that the founding fathers of the Affordable Care Act were men and women of vision, with a firm grasp of government math. Once they sort out a few bugs with the website, it will assuredly be all gravy from here.

P.S. We’re in the same boat as you… But we’ve found ways to opt out of Obamacare! Sign up for The Daily Reckoning and learn new ways to live your life smarter every day. Click here to subscribe.

Across the country, 57 million Americans are covered by Medicare. But even under the “protection” of Medicare, seniors are facing steadily rising costs. But this news isn’t all bad because today editor Zach Scheidt shows you how to save enough to cover these expenses…