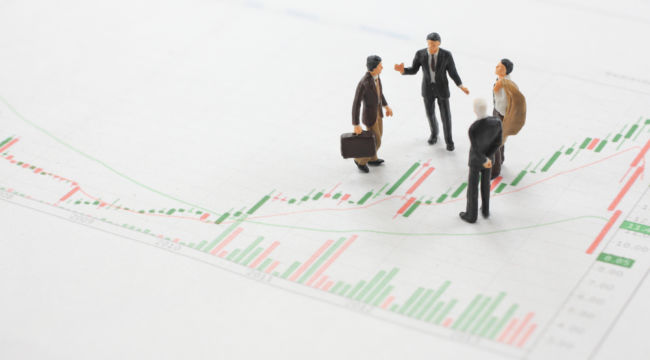 The May unemployment report came rolling from the United States Department of Labor this morning.

In the highly technical vernacular of the trade… it was a “miss.”

Seventy-five thousand — fully 100,000 beneath consensus — and the lousiest figure since February.

Each one of 77 Wall Street analysts — each one — heaved up a greater estimate.

But unlike February, they cannot foist blame upon winter weather or a government shutdown.

Thus our faith in experts staggers yet again… and fast approaches our faith in weathermen, crystal gazers, salesmen of pre-owned automobiles and congressmen of the United States.

In a healthful and functioning order, the stock market is a plausible approximation of prevailing economic conditions.

A poor unemployment report should send panicked shudders through the stock market.

It indicates a wobbled economy. Rough business is likely ahead. And companies can expect a reduced profit.

Stocks should — in consequence — fall tumbling on the news.

But ours is not a healthful and functioning order. It is rather an Alice in Wonderland order.

Up is down. Down is up. Good news is bad news.

And bad news is good news…

Bad news for Main Street is good news for Wall Street, that is.

And low interest rates are the helium that lifted stocks to such gaudy and obscene heights lo these many years.

The Dow Jones was so heavily floored by this morning’s jobs report it went up 300 points by 11 a.m.

The other major indexes were similarly flabbergasted.

All three indexes composed themselves somewhat by day’s end.

The Dow Jones ended the day 263 points in green territory. The S&P gained 30 points, while the Nasdaq added 126.

Yet as we documented Wednesday, the economy is going backward… and recessionary warnings flash in all directions.

But because the Federal Reserve promises yet additional levitating gases, the stock market has record heights once again in view.

“The Disconnect Between the Economy and Stocks is at Record Highs”

Thus the gentlemen of Zero Hedge declare, “The disconnect between the economy and stocks is at record highs.”

The market’s got a conundrum here. That’s a bad report. Just on the report itself, I think people would want to sell the market. However, the fact that it really makes the case for a rate cut, I think is why you’re seeing the market hang in there.

I think that this is a true slowdown in hiring right now… The market signals are obviously screaming for the Fed to reduce rates.

Wall Street has Jerome Powell by the ear.

The market presently gives 84% odds that the Federal Reserve will cut rates at least 25 basis points by July. By September those odds increase to 95%.

By January, they rise to 99%… with the heaviest betting on two rate cuts.

But as we have detailed at length… you can expect recession within three months of the inevitable rate cut — whenever it may fall.

Yes, the next destination is recession.

But it terminates in recession nonetheless.

The No. 2 man at the Federal Reserve would nonetheless have us put away all talk of recession.

The United States government borrowed in excess of $10 trillion over the prior decade.

Or to switch the figures some, the nation’s debt increases roughly $100 billion per month.

We have gotten plenty of buck, that is. But not half so much bang to go with it.

Trillion-dollar deficits extend to the horizon.

It is a bleak calculus — growing debt twinned with sagging growth.

The Mills of the Gods

As we have argued previously, time equalizes as nothing else.

The mighty fall, mountains crumble, the meek inherit the Earth.

We suspect strongly that stock market and economy will meet again on fair ground.

We further suspect it is stock market that will fall to the level of economy. Not the other way.

The mills of the gods may grind slowly, as Greek philosopher Sextus Empiricus noted.

But as he warned…