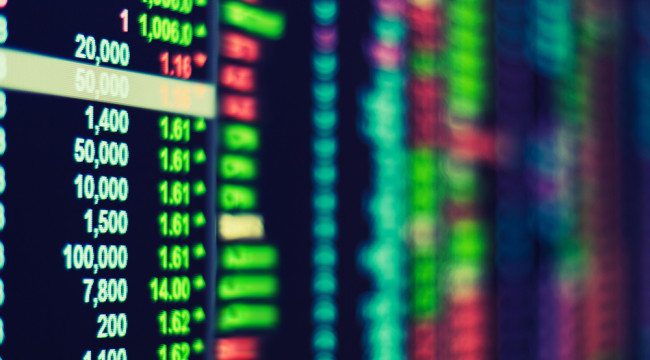 About Resuscitation and Reinstatement

“Shock and awe” is not quite what it used to be. It still carries a punch, especially for traders long the Japanese yen or short EM and stocks. The yen surged 2% against the dollar (more vs. EM) Friday on the Bank of Japan’s (BOJ) surprising move to negative interest rates. BOJ Governor Haruhiko Kuroda has a penchant for startling the markets. Less than two weeks ago he stated that the BOJ would not consider adopting negative rates. It wasn’t all that long ago that central bankers treasured credibility.

For seven years, I’ve viewed global rate policies akin to John Law’s (1720 France) desperate move to hold his faltering paper money and Credit scheme (Mississippi Bubble period) together by devaluing competing hard currencies (zero and now negative rates devalue “money”). It somewhat delayed the devastating day of reckoning. Postponement made it better for a fortunate few and a lot worse for everyone else.

Last week saw dovish crisis management vociferation from the ECB’s Draghi. Now the BOJ adopts a crisis management stance. The week also had talk of some deal to reduce global crude supply. Meanwhile, the Bank of China injected a weekly record $105 billion of new liquidity. Nonetheless, the Shanghai Composite sank 6.1% to a 13-month low. There was desperation in the air – along with a heck of a short squeeze and general market mayhem.

Markets these days have every reason to question the efficacy of global monetary management. It’s certainly reasonable to be skeptical of OPEC – too many producers desperate for liquidity. The Chinese are flailing – conspicuously. As for the BOJ’s move, it does confirm the gravity of global financial instability. It as well supports the view that, even within the central bank community, confidence in the benefits of QE has waned.

After three years of unthinkable BOJ government debt purchases, Japanese inflation expectations have receded and the economy has weakened. Lowering rates slightly to negative 10 bps (for new reserve deposits) passed by a slim five to four vote margin. With the historic global QE experiment having badly strayed from expectations, there is today no consensus as to what to try next.

Kuroda remains keenly focused on the yen. After orchestrating a major currency devaluation, there now seems little tolerance for even a modest rally. The popular consensus view sees BOJ policymaking through the perspective of competitive currency devaluation, with the objectives of bolstering exports and countering deflationary forces. I suspect Kuroda’s (fresh from Davos) current yen fixation is more out of fear that a strengthening Japanese currency risks spurring unwinds of myriad variations of yen “carry trades” (short/borrowing in yen to finance higher-yielding securities globally) – de-leveraging that is in the process of wreaking havoc on global securities markets.

Bearish sentiment is elevated. Recent global tumult has spurred significant amounts of hedging across the financial markets. And, clearly, betting on “risk off” has of late proved rewarding (and gaining adherents). Draghi and Kuroda retain the power to incite short squeezes and the reversal of risk hedges. And central bankers can prod short-term traders to cover shorts and return to the long side. Yet the key issue is whether global central banks can propel another rally such as the 12% multi-week gains experienced off of August lows. Can policy measures resuscitate bull market psychology and reestablish the global Credit boom?

Subtly perhaps, yet the world has changed meaningfully in the five short months since the August “flash crash”. After exerting intense pressure and direct threats – not to mention the “national team’s” hundreds of billions of market support – Chinese equities traded this week below August lows. It’s worth noting that Hong Kong’s Hang Seng China Financials Index now trades significantly below August lows.

Bank stock weakness is anything but an Asian phenomenon. European bank stocks this week dropped to three-year lows. Even with Friday’s 2.7% rally, U.S. bank stocks (BKX) declined 12.6% in January (broker/dealers down 15.3%). European banks were hit even harder. The STOXX Europe 600 Bank Index has a y-t-d loss of 14.6%. This index is 31% below August highs and about 11% below August lows.

January 28 – Bloomberg (Sonia Sirletti and John Follain): “Banca Monte dei Paschi di Siena SpA led a slump in Italian banking shares after Italy’s long-sought deal on bad debts with the European Union disappointed investors. Monte dei Paschi, bailed out twice since 2009, fell 10%… in Milan trading, bringing losses this year to 45%. The eight biggest decliners among the 46 members of the Stoxx Europe 600 Banks Index were Italian lenders on Thursday. The agreement struck with the EU, which allows banks to offload soured loans after buying a state guarantee, is unlikely to clean up the financial system as fast as some in the markets had hoped, investors said. The plan stops well short of the cleanups organized in Spain and Ireland during the financial crisis. ‘The uncertainty in the Italian banking system will persist,’ said Emanuele Vizzini, who manages 3.5 billion euros ($3.8bn) as chief investment officer at Investitori Sgr in Milan. ‘The deal may help banks to offload part of their bad debt, but for sure doesn’t solve the problem, in particular for the weakest banks, which may need recapitalization.’”

Even with Friday’s 3.3% rally, the FTSE Italia All-Shares Bank index lost 22.8% in January. UniCredit, Italy’s largest bank, has a y-t-d decline of 31%. One is left to ponder where Italian sovereign yields would trade these days without Draghi.

When market optimism prevails and the world is readily embracing risk and leverage, the greatest speculative returns are amassed playing “at the margin.” “Risk on” ensures the perception of liquidity abundance, along with faith in the power of central banks and their monetary tools. In a world where liquidity is flowing, Credit is expanding and markets are bubbling, European securities markets provide attractive targets. And booming markets feed the perception that Europe’s economic recovery is sound and sustainable. It all became powerfully self-reinforcing.

But when cycles shift it’s those operating “at the margin” – i.e. junk bonds and high-beta stocks; leveraged companies, industries, economies and regions; leveraged financial institutions – that have the rug is so abruptly yanked out from under stability.

The thesis is that a momentous inflection point has been reached in a multi-decade global Credit cycle. A Monday Bloomberg headline: “So Yes, the Oil Crash Looks a Lot Like Subprime.” Others have noted the recent tight correlations between crude and equities prices. Let me suggest that the oil market provides the best proxy for the global Credit cycle. And it’s faltering global Credit that has been weighing harshly on commodities, equities and corporate Credit, while the bullish consensus bemoans that stocks have been way overreacting to modest economic slowdowns in the U.S. and throughout Europe.

A few months back the global bull market still appeared largely intact. Markets remained confident in central bankers and their monetary tools. Debt issuance was booming and the Credit Cycle seemed to sustain an upward trajectory. The global banking industry enjoyed an outwardly robust appearance – and was even to benefit from rate normalization in the U.S. and elsewhere. “Risk on” was secure, or so it appeared.

But it was the last (policy-induced) gasp of speculative excess, a “blow off” top that enticed more “money” into “developed world” stocks and corporate Credit. Meanwhile, finance was fleeing commodities, high-yield, China and EM even more aggressively. In reality, the Credit Cycle had turned – QE, negative rates, China “national team,” “whatever it takes” Draghi and a dovish Fed notwithstanding.

In newfound global Credit Cycle realities, highly leveraged China is an unfolding pileup. Vulnerability has precipitously emerged throughout the global banking system. European banks – luxuriating so popularly “at the margin” until recently – again appear acutely fragile. Recalling 2012, the European periphery is back in the crosshairs. A “bad bank” plan for the troubled Italian banking sector – that seemed doable back during “risk on” – seems less than workable with a backdrop of “risk off,” speculative de-leveraging and faltering global Credit.

It’s worth noting that Italian equities dropped 2.0% this week. Friday from Bloomberg: “Eighth Week of Europe Corporate-Debt Outflows Shows Limits of QE.” According to the article (Selcuk Gokoluk), $3.5 billion flowed out of investment-grade funds the past week. There is also heightened concern for the German economy’s exposure to China, not to mention the pressing immigrant issue and attendant political instability. There is as well increased focus on European financial and economic exposure to EM. European bank stock performance has been telling. Of the behemoth European banks, Deutsche Bank lost almost 26% of its value in January. BNP Paribas was down 16%, Credit Agricole 15%, Barclays 18%, Societe Generale 17% and Royal Bank of Scotland 17%.

This week saw 10-year bund yields sink to one-year lows. UK Gilt yields dropped to 10-month lows. It’s also worth noting the equities markets benefitting the most from Kuroda’s surprise and speculative dynamics. Brazilian equities gained 6.2% this week, with Mexico up 4.8%, Russia 3.9% and Turkey 4.6%. In the currencies, the beneficiaries were Brazil (up 2.3% this week), Mexico (2.8%), Russia (3.3%), South Africa (3.5%) and Malaysia (3.4%). It would appear that all the big gainers had oversized short positions.

I have been programmed over the years to take every short squeeze seriously. They often take on a life of their own. But back to the pressing issue: Can policy measures resuscitate bull market psychology and reestablish the global Credit boom? I do not expect either a resurgent bull market or a reemerging Credit boom. In truth, negative rates are a feeble tool in the face of global de-risking/de-leveraging dynamics. They are not confidence inspiring.

Dovish policy surprises do still afford a capable weapon to clobber those positioning for “risk off,” in the process somewhat restraining the forces of market dislocation. However, inciting squeezes and administering market punishment are not conducive to market stability or confidence. There’s a strong argument to be made that such a backdrop only compounds the challenge for the struggling global leveraged speculating community. Mainly, negative rates in theory are a tool to spur flows into risk assets and supposedly bolster securities markets. The irony is that negative rates are damaging to bank profitability. And as the Credit downturn gathers momentum, banking profits – and solvency – will be a pressing systemic issue.

Doug Noland
for The Daily Reckoning