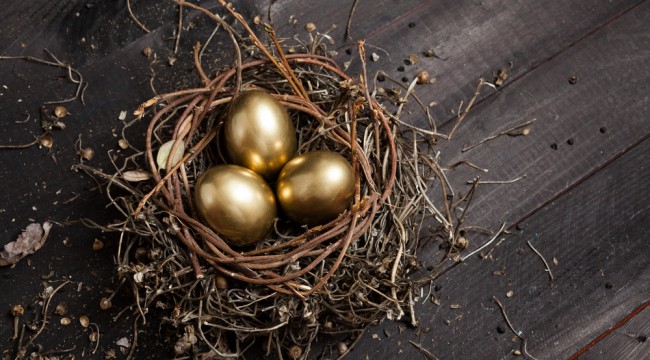 A Win-Win Scenario for Gold Investors

Volatility and price drops may be nerve wracking, but the bull market in gold is far from over. In fact, it has barely begun.

…neither the inflation nor the gold price spike happened overnight. It took 15 years to play out from start to finish.

Commentators frequently observe that we are experiencing “price stability” or “low inflation” based on the fact that the consumer price index has averaged 2% over the past 12 months. However, this average hides more that it reveals.

Inflationary forces often appear only with significant lags relative to the expansion of the money supply. This was the case in the late 1960s and early 1970s. The Fed began to expand the money supply to pay for Lyndon Johnson’s “guns and butter” policy in 1965. The first sign of trouble was when inflation increased from 3.1% in 1967 to 5.5% in 1969.

The point is that neither the inflation nor the gold price spike happened overnight. It took 15 years to play out from start to finish. The Fed’s current experiments in extreme money printing only began in 2008. Given the lags in monetary policy and the offsetting deflationary forces, we should not be surprised if it takes another year or two for serious inflation to appear on the scene.

Another instructive episode is the Great Depression. The problem then was not inflation but deflation. It first appeared in 1927 but really took hold in 1930. From 1930-1933, cumulative deflation was 26%. The U.S. became desperate for inflation. It could not cheapen its currency because other countries were cheapening their currencies even faster in the “beggar-thy-neighbor” currency wars of the time.

Finally, the U.S. decided to devalue the dollar against gold. In 1933, the price of gold in dollars was increased from $20 per ounce to $35 dollar per ounce, a 75% increase at a time when all other prices were decreasing. This shock therapy for the dollar worked, and by 1934 inflation was back at 3.1%, a massive turnaround from the 5.1% deflation of 1933. In short, when all other methods fail to defeat deflation, devaluing the dollar against gold works without fail because gold can’t fight back.

It is unclear if the world will tip into inflation or deflation, but one or the other is almost certain.

It is unclear if the world will tip into inflation or deflation, but one or the other is almost certain. The good news for gold investors is that gold goes up in either case as shown in the 1930s and 1970s. Yet patience is required.

These trends take years to play out and policies work with a lag. Meanwhile, investors can use recent setbacks to acquire gold at more attractive prices while waiting for the inevitable price increase to occur.

Ed. Note: Warren Buffett and China are hedging against the dollar. China’s using gold… while Buffett’s going outside of the box. What could be next for the yellow metal? James Rickards has a few thoughts in this exclusive Daily Reckoning video: