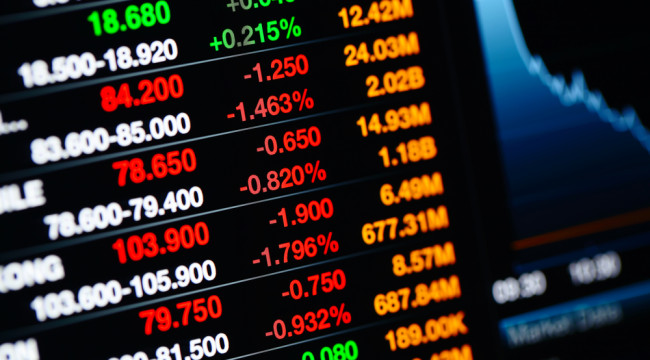 A Tale of Three Worlds

F. Scott Fitzgerald, author of The Great Gatsby, famously said, “The test of a first-rate intelligence is the ability to hold two opposed ideas in mind at the same time and still retain the ability to function.”

My update on Fitzgerald is that investors today who want to be first-rate need to hold three opposed ideas in mind at the same time. Those three ideas are the real world, the Fed’s world, and the markets. As always, retaining the ability to function is essential.

Let’s take these three ideas one at a time.

The real world of the economy is bleak. Global growth is slowing both because of weakness in developed economies (Europe and Japan), and weakness in some of the emerging markets champions (China, Brazil and Russia). The limits of monetary policy have been reached. (The evidence is now clear that negative interest rates don’t stimulate spending; they are only good for devaluation in the ongoing currency wars). World trade is shrinking; a rare phenomenon usually associated with recession or depression.

The U.S. is held up as a beacon of strength in this barren real world landscape, but that’s also deceiving. U.S. manufacturing is already in recession. Dismissing manufacturing as a small part of GDP in a service-driven economy is facile. When gross manufacturing supply chain sales are counted (rather than net value-added used for GDP purposes), manufacturing looms much larger. It is also the source of higher-paying jobs compared to the service sector. These high-paying manufacturing jobs (now lost) are the key to real wage gains and aggregate demand.

Strength in auto sales is also deceiving because sales are based on shipments to dealers, not final sales. In fact, inventories of unsold autos are sky high and will need to be worked off or else assembly lines will slow down. Distress in the energy sector is another well-vetted vector.

The way the Federal Reserve sees the economy is quite different from the real world picture just described. In the Fed’s world, models dictate reality rather than the other way around. The models (such as NAIRU, the Phillips Curve, and FRB/US) say that when unemployment is low and job creation is strong, inflation is imminent. Since monetary policy works with a lag, and since the Fed is determined not to be behind the curve on inflation, the implied policy of this model output is to raise interest rates. This is the theoretical basis for the Fed’s tightening policy, which began in May 2013 with Bernanke’s “taper talk” and continued in stages through Janet Yellen’s December 2015 “liftoff” in interest rates.

At the December 2015 FOMC meeting, the Fed laid out a path for interest rate hikes of 300 basis points over three years in small increments. The implication of this was that the Fed would raise interest rates 25 basis point every other meeting. (The FOMC meets 8 times per year, so the 25 basis point-per-meeting tempo would exactly meet the Fed’s timetable). Based on the employment situation and other signs of strength, (the Atlanta Fed GDP “nowcast” indicates 2.2% GDP growth in the first quarter of 2016; a significant improvement over the fourth quarter of 2015), a 25 basis point rate hike was in the cards for this week’s FOMC meeting. Clearly the Fed will not be hiking rates this week. (They would have signaled that already if a rate hike were in the cards). What happened? Why has the Fed abandoned its rate hike path so soon after taking the first step?

The answer lies in the third world we have to consider – the markets. The market view of Fed policy is remarkably simple. Easy money is good, tight money is bad. There’s not a lot else to know. Stocks are clearly in a bubble. The stock market is ignoring the strong dollar (which hurts exports and devalues overseas earnings). It is also ignoring declining corporate earnings, imminent defaults in the energy sector, and declining global growth in general. Never mind. As long as money is cheap and leverage is plentiful, there’s no reason not to bid up stock prices, and wait for the greater fool to bid them up some more.

Markets discount the future. What matters is not actual Fed policy but expectations about policy. Markets crashed from January 1 to February 11 at a time when they expected Fed tightening to continue. Once the markets saw fear in the Fed’s eyes (as evidenced by the January FOMC statement and minutes, and a high-profile speech by New York Fed President Dudley), they rallied from February 11 until now. Markets concluded the Fed would not tighten after all, easy money was still on offer, and there was no reason for equity hedge funds and algos not to bid up stocks.

By late February, the gap between market expectations of Fed policy (as revealed by fed funds futures and economist surveys) and the Fed’s preferred path (as revealed by the December 2015 statement and Yellen press conference) was wider than the Grand Canyon. If the Fed raised rates on March 16 while markets expected no rate hikes as far as the eye can see, there would have been bloodbath as markets immediately repriced their expectations.

In light of this looming train wreck, there were only two courses of action for the Fed. They either had to back off their rate hike path, or signal a rate hike and let the market reprice expectations in advance. In the crunch, the Fed blinked. A March rate hike is off the table.

Markets are relieved that the Fed won’t hike rates in March. But, markets are never satisfied any more than a junkie ever has enough dope. Once past March 16, the expectations game immediately shifts to June 15, 2016, the next likely date for a Fed rate hike.

Which brings us back to the real world. The U.S. is probably heading into a recession later this year. Fed rate hikes make no sense in this environment and will make the recession more likely. The Fed wants to hike anyway because they don’t see the recession; (they see “Fed World” through the lens of obsolete models). The Fed has never correctly forecast a recession in any case. They are always the last to know.

Larry Summers has estimated that it takes 300 basis points of rate cuts to alleviate the impact of a recession and start the recovery process. The Fed is desperate to raise rates 300 basis points (as they projected in December) to have the dry powder they need to fight the next recession. The irony is that by hiking rates at all in a weak economy, the Fed makes the recession more likely. Meanwhile, markets are poised to crash as soon as the Fed does hike rates (because of tendencies toward recession and a strong dollar which hurts exports and corporate earnings).

In September 2013 the markets widely expected the start of tapering. The Fed shocked most observers by not launching the taper. They then spent the next three months signaling that they would in fact taper. In December 2013 they did so.

In September 2015 the markets widely expected the liftoff. The Fed surprised most observers by not raising rates. They then spent the next three months signaling that they would in fact raise rates. In December 2015 they did so.

Now, in March 2016 the Fed will not raise rates despite creating the expectation they would do so as recently as last January. Markets have crushed that former expectation and now expect no rate hike.

The Fed will acquiesce this time, but will spend the next several months getting markets ready for a June rate hike. (A September rate hike is off the table because of its proximity to the U.S. election. The Fed is in enough hot water with politicians and does not need the attention of seeming to favor one political party over another). If the Fed does not hike in June, they can forget about ever having enough dry powder for the next recession. So, they will hike in June.

Getting market expectations aligned with the intended FOMC policy path will not be pretty. Expect higher volatility and stock market drawdowns in April and May as markets reprice. A further stock market correction has been postponed, but not avoided.

June is the new March.