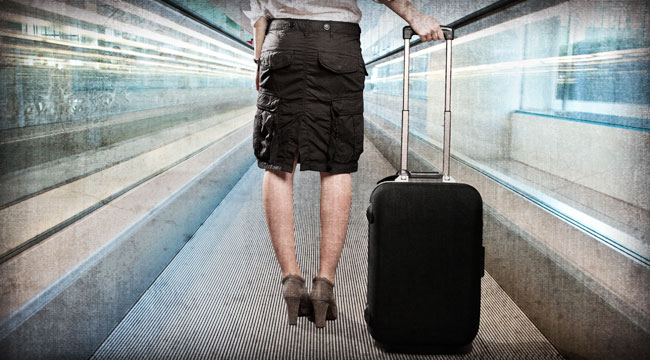 A One-Way Ticket to Central Planning

We’d like to give the banks in Australia some credit. They’ve finally gone and done it. They have caught up with 1960s technology. They’ve figured out how to use PIN numbers.

How to only use PIN numbers, that is. They’re considering scrapping signatures on credit cards to cut down on fraud. Apparently, having to verify your identity at the point of purchase is a good idea…

Credit card fraud costs the banks around AU$35 million a year. In Canada, getting rid of signatures in 2008 saw card fraud fall by 36%. Sounds like a no brainer, right? In fact, it seems painfully obvious to us. Especially after being a victim of card fraud recently.

Can you imagine if bankers used their ingenuity and effort to make payment systems more efficient instead of devising weird investment schemes involving unaffordable mortgages or gold futures which don’t involve any physical gold? The economy would surge on a wave of efficiency instead of speculation.

But the banks’ revelations aren’t today’s topic. Instead, we’d like to confirm your booking on a one way trip to… well, we’re not entirely sure where to be honest. But it’s definitely a one way ticket.

Money printing, stimulus, currency wars, bailouts and just about everything else you’ve seen since 2008 is pretty much irreversible. In fact, the bailouts part has always been there. Governments have always bailed out financial institutions.

We don’t mean that the policies of the past can’t be undone. It’s more the fact that they will forever be haunting our future.

At what point do stimulus, money printing and bailouts fail so badly they lose all credibility?

The market now knows that central banks will print money if they need to. “Whatever it takes,” said European Central Bank President Mario Draghi. And he pulled it off without sounding like Gideon Gono, Zimbabwe’s former chief central banker.

The market knows big financial institutions will get bailed out. “I’ve abandoned free market principles to save the free market,” President George W. Bush told us with his sheepish grin.

Economists told politicians that, if they didn’t approve stimulus packages, the unemployment rate would rise to a whopping 8.8%. Congress voted for the stimulus, and unemployment rose above 10%. But people still see economic stimulus packages as credible. As soon as a recession hits, presidents and prime ministers will be on about their “shovel ready projects” again.

In Japan, the world had high hopes for Abenomics. The blend of monetary and fiscal stimulus, combined with devaluing the yen, looked set to spur Japan back on track. It hasn’t.

If a private company performed like the world’s politicians and central bankers, what would happen? The company would fail, and someone else would pick up the capital to have a go at doing something better. Creative destruction steadily improves the consumers’ and producers’ lots in life.

Do you think that politicians and central bankers close down shop and get a job elsewhere when they fail? No. They will do more of the same. The next time there is a recession, governments will pass stimulus packages without as much of a debate. Central bankers will revamp quantitative easing (QE) without any credible voices preaching about inflation. And every bank CEO will know his job is perfectly safe no matter what.

Rinse, lather, repeat. When you give someone the power to make laws, backed by a money printer to pay the bills, they will never see the error of their ways. It will always be a matter of doing more.

Until what? What breaks? How does this end? At what point do stimulus, money printing and bailouts fail so badly they lose all credibility? Because that’s the way we’re going. Even if there was a half decent recovery in the U.S. and Europe, it’s only a matter of time before a new recession.

That’s why you get a complete mess when you put a bunch of politicians in a parliament to decide how the world should work, instead of letting it work the way it inherently does. That applies whether it’s the European or the Australian parliament. If politics made any sense, the amount of laws needing to be passed would be a tiny fraction of those which are passed. Instead, each government meddles in its own different way. Right down to determining which way dinghies in Indonesian waters should be travelling.

This mess eventually becomes so bad that the people demand someone who can fix it. Someone strong, charismatic and accountable. That’s why all attempts at central planning end up with a power struggle at the top. And violent, corrupt and immoral people tend to win power struggles.

That was Hayek’s story of why socialism fails. These days we have all the problems of central planning without the warmth and fuzziness of socialism. In fact, socialism is discredited, despite the fact that conservative politicians practice it at home every day. But it’s central planning that is the problem.

Mainstream economists are completely clueless about this. To them, central planning makes a lot of sense. It provides data for their models (which is usually based on a mid-level bureaucrat’s fantasy), linear relationships (which don’t actually exist in economics) and a job.

Paul Samuelson’s 1960s economics textbooks featured charts showing how the USSR would outgrow the U.S. because of its centrally planned policies.

The best he ever managed as an acknowledgement of his failed predictions was that the weather was bad in Russia.

The same types of predictions are being made today. The IMF boosted its outlook for global economic growth. Our favorite is this chart, which shows the U.S. Department of Transportation’s predictions for road traffic:

How many times do they need to get it wrong?

The good news is that all this dawned on one politician recently. Strangely enough, it was the French President Francois Hollande. Sure, it’s only lip service, but he’s rather good at that apparently.

He recently told his fellow countrymen about the ramblings of a 19th-century French economist called Jean-Baptiste Say. Quoting the modern version of what economists call Say’s law, he said: “Supply creates its own demand.” That’s not a very useful way of putting it, we know.

Say’s point was that, if you want to buy something, you have to produce something first. To most economists, this is a chicken and egg problem. Supply-siders believe you need a chicken to lay an egg. Demand-siders say there has to be demand for eggs before anyone will bother with the chickens.

Once central planning has a grip on the economy, it won’t let go. Power over the law and currency is just too great a power.

But what if you can create purchasing power out of thin air? What if you can print up a few dollars and buy the egg? Demand siders see this as solving the problem. Hence they want to stimulate demand.

And it does work… for a while. If it worked well enough, you wouldn’t ever have to produce much at all though. You could just print money and buy whatever you like. That’s what the U.S. has been doing. Hence the trade deficit. The country simply prints dollars to pay people to sell them stuff.

This can go on as long as people are willing to accept printed dollars in exchange for real stuff. But eventually they’ll get sick of all those dollars. That’s why China’s monetary meddling is so important. It’s steadily increasing its holdings of real assets like gold and productive capacity. Once it stops accepting so many dollars, America will have to produce something for China if it wants China’s goods.

Back to our original point. Once central planning has a grip on the economy, it won’t let go. Power over the law and currency is just too great a power. In our opinion, it can only be broken when people stop following the law and faith in the currency collapses. Usually that’s a combination of hyperinflation and a grumpy populace.

Ed. Note: When central planning takes over an economy it never ends well. And that’s exactly what’s happening in the U.S. right now. But no matter how much the do-gooders try to improve the U.S. economy, there will always be a way for you to protect yourself. Readers of the Laissez Faire Today email edition are treated to several of those ways, every single day. To make sure you’re getting the full story, sign up for the FREE Laissez Faire Today email edition, right here.

This article originally appeared here in The Daily Reckoning Australia.