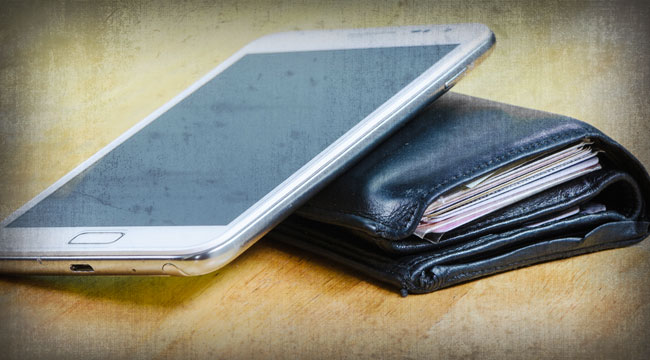 A Magic Wallet that Saves Consumers $43 Billion Per Year

When you type a website address into a browser, you might have noticed that the letters “http” appear at the front. “HTTP” stands for Hypertext Transfer Protocol. In typing a Web address, you are actually sending an HTTP command to transmit that website to you. Hypertext Transfer Protocol is the means by which information is shared across the Web.

Similarly, when setting up an email account, you might have noticed the letters “smtp” — for example, “smtp.gmail.com.” SMTP stands for Simple Mail Transfer Protocol. SMTP is the protocol by which we send emails to each other.

A protocol is the means by which information is shared across a network.

You earn bitcoins by doing or selling something in exchange for them — just as you would earn normal money.

Bitcoin — with a capital “B” — is another protocol. The function of this protocol is to send and receive payment.

The unit of money on the protocol is the “bitcoin” — with a small “b.”

You earn bitcoins by doing or selling something in exchange for them — just as you would earn normal money. If I do this job for you, you could pay me in bitcoins.

You buy bitcoins just as you would buy and sell foreign currency. You pay some money to someone, usually at a Bitcoin exchange, for which you receive some bitcoins.

And you can make your own bitcoins by mining them, but we’ll go over that on another day.

So how can Bitcoin change the world?

The reason Bitcoin technology is potentially so disruptive and transformative is that it’s a new, efficient form of money. And money, which has been inexplicably ignored by mainstream economists for so long, is, of course, at the heart of almost everything we do.

Think about the possibilities of that for a second.

This is all great in theory. But what will make Bitcoin irresistible in practice is its sheer efficiency.

Goldman Sachs IT analyst Roman Leal has calculated the savings that Bitcoin could have made in electronic payment in 2013 if Bitcoin had been used.

Let’s start with simple money transfer — sending money from one person to another.

Consumers currently pay a fee of about 10% of the total amount transferred if they use a traditional money transfer network such as Western Union. This fee covers agents’ commissions, forex, and access to the network.

With Bitcoin, that fee would be zero — or 1% if you use a service provider such as BitPay or Coinbase. There were $550 billion of remittances in 2013 generating $49 billion of transaction fees. With Bitcoin, those fees fall by 90%, to just $5.5 billion. That means an extra $43 billion would actually make it into people’s pockets.

As for electronic payments in retail, currently retailers pay around 2.5-3% in fees. In 2013, global transaction fees were $260 billion on over $10 trillion of sales. Had Bitcoin been used (again using a 1% estimated figure), the number would be $104 billion — a saving of almost $150 billion.

Leal notes that all “merchants would realize sizable savings” by using Bitcoin, but small merchants would benefit most. They “can reduce their payment processing fees by at least half.” For a business that runs on low margins, that is a compelling number.

These kinds of savings are irresistible.

Then there are those who are currently shut out of the current financial system: 53% of the world’s population is still “unbanked” — they have no use of formal or semi-formal financial services. Most of them will have a mobile phone before they have a bank account.

With Bitcoin — and other forms of digital payment — these people suddenly have means to make and receive payment over distance. How much untapped potential is there waiting to be freed when the unbanked start to get access to basic financial services?

The core protocol of Bitcoin is sound. In fact, it has unprecedented reliability and security. The edges, however, are vulnerable. Third parties, such as the now defunct bitcoin exchange Mt. Gox, have not figured out how to act like proper financial institutions. Certain operating systems using the protocol are insecure, rendering bitcoins vulnerable to theft.

There are also issues with programmers who have failed to understand how the blockchain — the Bitcoin central database — works.

But these are all issues that will be dealt with as the technology develops. The point is the core protocol is sound. It — or some replication of it — could send banks to the same forgotten part of town that the Internet has sent newspapers to, as well as free up the possibility for many millions of people to better their lot through trade and exchange.

Ed. Note: Bitcoin’s impact extends beyond consumer transactions. It’s changing the way people interact both online and in real life. Readers of the FREE Laissez Faire Today newsletter know that better than anyone… In today’s issue, they had a chance to gain access to an exclusive underground banking system that’s popped up thanks to Bitcoin. Sign up for FREE today and make sure you don’t miss out on the next opportunity.