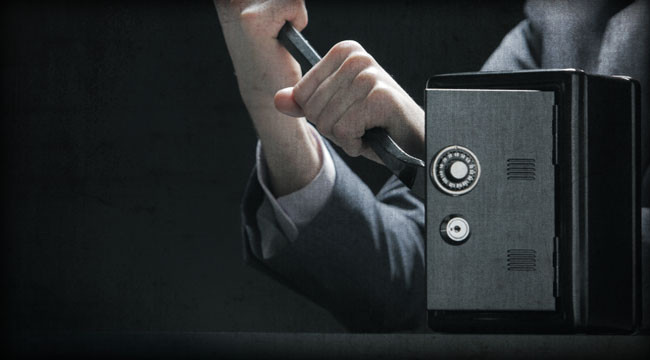 A Global War on Savers

So Janet Yellen’s first hearing took place a few nights ago. It was fairly boring. She’s expected to sail through and become the next chairperson of the Federal Reserve. Given that the last few years of extraordinary monetary policy have achieved a miserable recovery, what’s she going to do differently?

Nothing. Just more of the same. While hoping for different results, of course. Heh.

Then again, the beauty of economics is that it is about a complex system. That’s a snazzy way of saying that causation is hidden. For example, you don’t blame an avalanche on the snowflake that triggered it. It was the structure of the mountain and all the previous snowflakes. But blaming a gigantic rock and billions of snowflakes is kind of bizarre.

“…we have to consider the role of people who have significant savings and their responsibility in society, that it really is selfish to be hoarding it…”

In the same way, the policy move that triggers Janet Yellen’s avalanche, whether it’s inflation or another financial crisis, won’t be to blame. It’s the inherent characteristics of the system and all the policies before that created the imbalance. Fiat money, fractional reserve banking, demographics, and “guns and butter” are the real source of instability. QE is the natural response from policymakers just trying to keep the party going.

Instead, you need to keep an eye on the ground — on the health of the underlying structure. Even though it’s only changing very slowly. One snowflake at a time. That’s why we write about odd things like fractional reserve banking. We cover the biggest, slowest trends, looking for clues about what’s going to happen.

Anyway, even if Janet Yellen simply continues doing what her forerunner Ben Bernanke did, at some point, something new will happen. You’ll get an avalanche. And when it comes to the Federal Reserve’s policy of choice, money printing, that avalanche has always been inflation in the end. That’s because policymakers can always up their money printing efforts. Once they’ve broken the forbidden taboo, it’s like a curse. They just can’t stop.

Erik Townsend, a retired software entrepreneur turned commodities trader, was at a conference where Yellen gave a speech not long ago. He explained on Jim Puplava’s Financial Sense podcast what Yellen may have in store for us:

“She was talking in her lecture about how if there was anything she could do to figure out a way to make interest rates negative, she would do that, because she feels that that’s what we need to do to make credit as easy as possible for the people. And I asked the obvious question that none of the San Francisco liberals were asking, which is what about savers and investors? Doesn’t that punish them?”

Negative interest rates would mean savers pay interest to the bank and borrowers get paid interest. Although by the time banks throw on their margins, it’s likely that both rates will just approach zero. Townsend continues:

“She said, well, we’re coming to the point where we have to consider the role of people who have significant savings and their responsibility in society, that it really is selfish to be hoarding it and that we need to create incentives through government for people to spend their savings…”

[Ed. Note: Erik Townsend later clarified his statements, saying he heard Janet Yellen make these remarks in a hallway conversation both before and after her speech at the Commonwealth Club. Additionally, she wasn’t as blunt as was initially quoted.]

Making comments about policy is different when you’re actually making the policy. But this remarkable way of thinking tells you how Yellen sees the world. And it’s a world where savers are bad, spenders are good, and borrowers are great.

The real world has already felt the weight of this thinking. Yellen’s forerunner, Ben Bernanke, has the same beliefs, just a little less extreme. Even without negative rates, it turns out that savers have already been routed for the benefit of the world’s biggest spenders and borrowers, politicians. Bloomberg reports on a McKinsey study on the effects of low interest rates and QE so far:

“Governments have benefited from low rates and the injection of almost $5 trillion of liquidity since the financial crisis broke out in 2007, McKinsey said. The gains amounted to just over $1 trillion for the U.S., $365 billion for the euro area, and $170 billion for the U.K., due to cheaper debt costs and the handover of profits on asset purchases from central banks to state coffers.

“Nonfinancial companies in the three regions also have made out, to the tune of $710 billion, as their borrowing costs fell, according to the report. That, though, hasn’t led to an increase in capital spending, as company executives have viewed the lower interest rates as temporary, Dobbs said.

The figures are just guesswork. But on the ground, the effect is very real. As interest rates fall, so do returns and retirement pots.

Funnily enough, the government believed its own lies. Government pension funds booked 7% returns from the stock market before they got them. But stocks haven’t even kept up with inflation in the U.S. over the last decade and a half. And so now cities are defaulting on their pension obligations. The money booked in isn’t actually there.

Here in Australia, our retirement savings system is in trouble too. Aussies rely on rising asset prices to pay for retirement. They hold a far higher proportion of their wealth in shares than other countries. Which is why our system did so poorly during the financial crisis, when stocks got slammed. And they still haven’t recovered.

At least houses are hitting record highs. Not that retirees will ever be able to sell them at high prices. Whom would they sell them to? First-time home buyers are cut out of the market at these prices. And those on the bottom rungs of the property ladder won’t be able to afford more expensive houses if house prices start to fall. Increases in equity are what fund your ability to buy a bigger house and get on the next rung of the property ladder. So if prices stop rising, that equity stops appearing. And prices will fall as more and more retirees age and sell out.

It’s a classic case of first-mover advantage. Those who sell out first will do best. The question is whether you can spot the peak in prices. Could you spot it in the stock market in 2007?

Rob Burgess, writing in Business Spectator, came up with a different answer to selling out. And we reckon it might just be the worst piece of financial advice we’ve ever read. It goes a little something like this: Retirees who haven’t saved enough for retirement should borrow money against their homes to fund their lifestyle.

Now just about all of our national current affairs programs and some of the newspapers have been reporting on how this strategy wiped out hundreds of retirees over the past few years. Luckily, the courts have sided with borrowers and allowed those who followed Burgess’ ideas to cancel their loans using a paperwork technicality as their legal reasoning.

Just take a look overseas at those who got sucked in by the Burgesses in America and Europe. You’ll find that many retirees who topped up their home loan lost everything. In Britain, where some equity release strategies were banned in the 1990s, hundreds of borrowers managed to use an Icelandic bank to gain an equity release on their Spanish holiday homes, according to This Is Money. One day, a 72-year-old Mr. Hemus was told he had two weeks to come up with 30,000 euros or lose his home. Debt is just that dangerous, especially when it’s combined with overvalued property and retirement.

But if there’s a war on savers, what do you do with your money? Especially if you do take the money and run by selling your home now and downsizing or renting. You’d be loaded.

Ed. Note: With the appointment of Janet Yellen as the next Fed Head, the war on savers is not likely to end anytime soon — at least not in the U.S. So what do you do with your money, as Nick asks at the end of this insightful essay? Well, for starters, you can sign up for Laissez Faire Today – it’s a free service designed to help you navigate your wealth and liberty through the insane policies of whoever’s in charge. Sign up for free, right here, and start getting Laissez Faire Today sent straight to your inbox, ever single day.