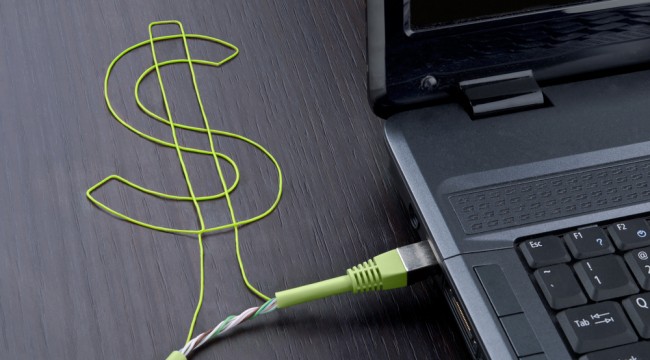 A Coordinated Hack on the World Reserve Currency

“How to Hack an Electronic Road Sign,” reads the headline on a 2009 article at Jalopnik.

The same headline showed up on a 2012 article at TechEBlog. Gizmodo in 2011 came up with the ingenious variation “How to Hack the New Road Signs.”

We didn’t realize it’s been such a big thing for so long. Thus these signs in San Francisco — which were supposed to advise drivers about a detour around the annual Bay to Breakers 12K race over the weekend… 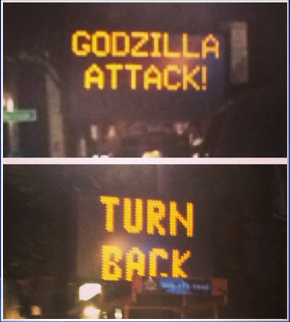 “Enough is enough,” declared Attorney General Eric Holder this morning as he announced a hacking indictment against five officers in the People’s Liberation Army (PLA) of China.

According to the indictment, the PLA burrowed its way into the servers of Westinghouse, Alcoa, Allegheny Technologies, U.S. Steel, the United Steelworkers union and SolarWorld. “This case,” said Holder, “should serve as a wake-up call to the seriousness of the ongoing cyberthreat.”

Welcome to the party, Mr. Holder — we were writing about the PLA’s work 15 months ago. Of course, we’ve also been writing about how the hacking goes both ways; the NSA has done a crackerjack job of burrowing into the servers of Huawei, the Chinese telecom giant. Heh…

Of course, the indictment begs the question: How might the Chinese respond?

Our thoughts run in a couple of different directions: First, there’s the financial warfare Jim Rickards described to us over dinner last week.

Consider China’s $3 billion investment in the private equity firm Blackstone Group in 2007. “It is naive,” Rickards writes in his new book The Death of Money, “not to consider that information on America’s most powerful deal machine’s inner workings is being channeled to the political bureaus of the Communist Party of China” — to be used in ways limited only by the scope of one’s imagination.

Or maybe China will join with Russia tomorrow to knock out one of the major props underneath the dollar’s status as the world’s reserve currency.

Russia’s President Putin pays his first call on China’s President Xi tomorrow in Shanghai; Putin is quoted as saying talks on natural gas exports from Russia to China are in “the final phase.”

He didn’t say anything about the deals being transacted in rubles and yuan instead of dollars. But then, why would he before the big photo op?

Just in case a big announcement comes tomorrow, you might want to bone up in advance and read an essay by our executive publisher Addison Wiggin, which was featured in The Daily Reckoning last week. Appearing in two parts – with two equally provocative titles – you can check them out here: “The US Energy Boom Will End the Dollar’s World Reserve Status” and “Prepare for the Death of the Petrodollar.”

P.S. The U.S. dollar’s status as the world’s reserve currency is as shaky as its ever been. If and when it topples is anyone’s guess. But whatever happens, you’ll want to be insulated from any fallout. That’s one of the reasons I write The 5 Min. Forecast… to help readers prepare for – and profit from – whatever comes next. Click here now to sign up for The 5 Min. Forecast, and you’ll gain immediate access to a daily morning market briefing – created exclusively for Agora Financial Publication Subscribers ONLY – that’s designed to help you navigate and prosper these turbulent markets. So don’t wait. Sign up now, right here.