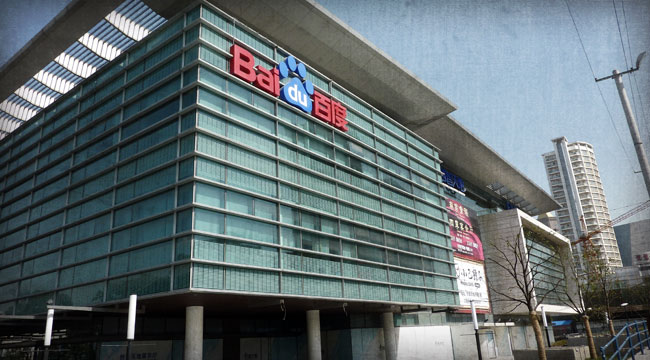 A Contrarian Play on One of the World's "Safest" Stocks

As I mentioned to you yesterday, April is a dangerous month to own Chinese stocks. Today, I’m sharing what I think is the absolute WORST Chinese stock to hold right now. In fact, it’s a great short for us to make money on the downside.

Most of the Chinese stocks, you’ll remember, are highly correlated with one another. A swoon in one can easily drag down the whole pack. The majority of the large Chinese stocks, particularly Internet stocks, happen to be ADRs, which report on Form 20-F (not 10-K), and these filings are almost all due in April.

Many market observers have long expressed concerns about the bookkeeping of many Chinese companies. Yet if there are problems, they tend to be revealed only upon the annual audit, with results released in the 20-F form in April. In addition, some Chinese companies may be forced by the SEC to provide some scary disclosure regarding their corporate structures this year, following increased SEC scrutiny of a small number of companies last year. In any event, with Chinese stocks, if there is bad news, it tends to come out in April.

Whenever I make a statement like this, I always get asked, “So what is the best short?” This year has been no exception.

Shorting stocks is much riskier than going long, and the odds are often not in your favor, which is why identifying key catalysts is so important.

As I looked for the most attractive Chinese stock to short, I came up with a counterintuitive answer: The best stock to short also happens to be the one that is the least volatile and least risky. It is Baidu (BIDU).

This is a very contrarian play because Baidu has been dubbed the “Google of China” and is widely perceived to be the safest of all Chinese stocks to own.

Before getting into why Baidu is a great short in April, it is important to look at why other Chinese stocks are bad — even terrible — shorts. This is the case even though they potentially have far greater visible downside than Baidu.

Let’s look at Chinese “e-tailer” Vipshop (VIPS). To many, this stock represents the ideal short target, especially in the 20-F audit season.

Vipshop is an online discount distributor for many premium brands of luxury consumer goods. It ranges from ultra-high end to brands like Disney and Harry Potter.

Over the years, China has often attracted a reputation for not respecting brand or copyright integrity. Brand piracy for popular consumer goods has at times varied between common and downright rife. I remember when I would walk down the street in Beijing and see popular American-label ski jackets on sale for just $40 versus $600 at the store across the way.

Vipshop has faced criticism on occasion for supposedly selling counterfeit goods. It has also been stated by U.S-based short sellers that the financials may be misleading, due to margin inflation in the low-margin discount business, along with a host of other allegations. This has led many to feel that there could be some hidden downside risk just around the corner.

Yet the valuation is now staggering. The stock has been a monster performer, rising from just $16 at the beginning of 2013 to over $180 in 2014. This has led many shorts to say that it is grossly overvalued AND holds situation-specific risk.

So that makes it the perfect short, right ? Well, probably not.

The risk with these very speculative stocks is that it is impossible to predict the upside. The most vocal shorts on Vipshop were yelling loudest when the stock was sitting at around $30 — since then, it has shot up over $180.

Every step on the way up, I would hear new shorts proclaim that Vipshop was a sure-thing short… when it was $60, when it was $100, when it was $140 and when it was $180. But trying to call the top is impossible on a volatile momentum stock, so I wouldn’t even suggest we try on this one.

The key to the April China short trade is to find a stock that isn’t the “best short.” We want the “safest short” — one that will not increase dramatically and burn you. The reason for this is that we’re playing off general Chinese market “contagion.”

If any one of the dozens of Chinese ADRs reports a significant disclosure issue in April, then all of the comps will likely suffer significantly. Sure, some of the riskier stocks like Vipshop may see much more downside than Baidu, but the risk-to-reward ratio is simply too unattractive when we don’t know how high a stock can rise.

The upside we might expect from the current level on Baidu will depend on the nature and extent of any minor or major blowup in the China space. But I am guessing we are looking at potential for a 30-40% move down on Baidu in the event of problems. If there are no problems, there isn’t huge risk of an abnormal move to the upside.

Baidu is almost always the first Chinese company to release its 20-F. This has both the annual financial results as well as the detailed disclosures in it. Baidu already released its 20-F on March 28. This is weeks ahead of the other Chinese ADRs, and eliminates remaining upside surprise risk due to Baidu’s own results.

A second reason is that Baidu is still a great short on the technical level. One year ago, Baidu was still an $88 stock. But strength in Chinese ADRs saw the stock more than double, to over $180. Clearly, this isn’t a 10-bagger like Vipshop was, but the doubling of the stock still leaves at least 25-35% downside on valuation alone. If there are contagion issues, this could be much more significant.

And a third reason is the risk of ever-increasing competition.

Baidu used to have a monopolistic stranglehold on the Chinese Internet search market. It was actually far more dominant than even Google is in the U.S. It was really the only domestic player while the activities of Google had been curtailed by the government.

But now upstart Qihoo 360 (QIHU) has quickly begun stealing market share in the search arena and, according to some reports, already has a market share of around 20%. Qihoo has not yet released its 20-F, so any upside surprise from the company could end up being a very negative surprise for Baidu.

Baidu trades for around $160, making it an attractive short at current levels. But the real trick to this trade is when to exit. If there is even a mild disclosure event from any of the other large Chinese ADRs, we should expect Baidu to correct along with the sector. That would be the time to cover one’s short. I would look for a move down to take several days and amount to 30-40%

Even if there is a large disclosure event, I wouldn’t hold on to the trade after the catalyst has become apparent. These stocks can be resilient — a few weeks after the bad news comes out, they just shrug it off and resume their climb.

In the event that we do not see an April blowup with any Chinese ADRs, then you should exit this trade by May 1 — regardless of whether you win, lose or draw. After all, you’re playing for a smart April catalyst. Holding into May would turn this trade into nothing more than gambling. As a catalyst trader, that is not what you should do.

Rick Pearson
for The Daily Reckoning

Ed. Note: There is no such thing as a “sure thing.” It simply doesn’t exist. But there are unique ways for you to learn how to play the trends for big gains. You just have to make the best, most informed decisions possible. The Daily Reckoning email edition is set up to help you do just that… Not only did today’s issue featured this excellent essay, but it also featured 3 specific chances to discover actionable profit opportunities and an entire section that put the whole thing into prespective. To start getting this “missing section” be sure to sign up for the Daily Reckoning, for FREE, right here.

Rick Pearson walked away from a seven-figure salary at age 33 and started investing for himself. Before that, he clocked almost a decade at a major bank’s London, New York and Hong Kong offices. Rick isn’t afraid to go the extra mile. In Hong Kong, he actively rooted out Chinese companies committing fraud — even personally staking out warehouses and factories and questioning employees and management. In his search for catalysts that move stocks higher, he leaves no stone unturned… He’ll enter a stock at, say, $1.80 and exit at $10 — those are the kinds of moves you’ll make in Agora Financial’s Exponential Trends Trader.