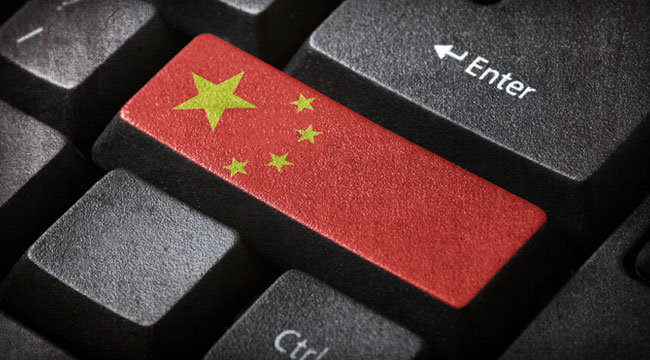 One Market to Avoid Like the Plague in April

Chinese Internet stocks may be facing a high risk of a negative catalyst during the month of April, and they should, therefore, be avoided until May.

Virtually all U.S.-listed Chinese Internet stocks tend to be American Depository Receipts or ADRs, which have to file a Form 20-F instead of a Form 10-K for their year-end reports. For companies with a Dec. 31 year-end, the deadline to file these forms is typically April 30.

Sometimes avoiding a negative catalyst can be just as important as finding a positive catalyst.

Yet over the past three years, we have seen accounting scandals with this group of stocks in which problems at one company can drag down the whole sector. One memorable example was Longtop Financial in 2011. Longtop was an IPO, not a reverse merger, and was brought public by Goldman Sachs, not by some rinky-dink operator. When Longtop imploded due to a massive fraud, the entire space of Chinese ADRs took a dive, even though the majority of them displayed no evidence of fraud.

What I want to tell you today is that the time of peak risk for these stocks is April of every year. Interim financial statements (quarterly numbers) typically receive minimal review from the auditor during the year. It is only at year-end that the numbers are reviewed, and we hear about the results only when the 20-F is filed by April 30.

The risk we are trying to avoid is that one Chinese ADR has a problem and fails to file its 20-F, which would drag down the entire space.

To be clear, even if you own a company that has no problems whatsoever, the fact that these stocks often trade as a group means that you can still risk suffering meaningful losses just due to the “contagion effect.”

The spark for the contagion does not have to be a missed 20-F filing or an auditor resignation. This year presents significant “disclosure risk” in the 20-F’s. New requirements from the SEC will force these U.S.-listed Chinese companies to add scary new language to the 20-F filings. These will warn U.S. investors about structural risks. New and scary disclosure is the theme of this earnings season.

In December, market bellwether Baidu was forced to add a new disclosure to explain the implications of its VIE structure to U.S. investors. Other companies are likely to follow suit — either proactively or as required by the SEC.

VIE stands for “variable interest entity,” and it means that investors who own such a stock don’t actually have an ownership claim on the underlying assets of the company. Instead, what they typically own is a share in a Cayman Islands company. The Cayman company’s sole meaningful asset is a mere contract by which it hopes it can get the right to the underlying revenue or net income from the company in China.

Two points need to be made. First, note that this VIE arrangement says nothing about the actual assets — you just don’t own them at all. Second, it is important to realize that many legal experts consider the contract to be entirely unenforceable.

So why does such a disadvantaged structure exist in the first place? It is because the Chinese government considers the Internet to be a sensitive national industry and prohibits direct ownership by foreigners. But because U.S. investors were so hungry to buy these stocks, investment bankers cooked up a structure to circumvent the prohibition of ownership. Sounds a bit dicey, right?

Is this all news to you? You are not alone. When I speak to even some of the largest institutions, they still don’t fully understand the VIE.

Investors have chosen to simply ignore the risks due to the fact that the Chinese Internet stocks are rising so dramatically and they don’t want to miss out.

But I expect much additional disclosure in the 20-F filings in a few weeks, and it may scare investors out of many of these stocks. Many investors who didn’t know about these structural limitations may decide that it is time to take some money off the table and reap the gains.

Hopefully, if you owned any Chinese Internet stocks, you sold them before April. For those who wish to own them longer term…they can always be bought back again in early May — after any potential skeletons have already been released from the closet.

Tomorrow we’ll take a specific look at one of these companies– I have some profitable thoughts I’d like to share with you.

Rick Pearson
for The Daily Reckoning

P.S. As a general rule, don’t simply buy companies that look cheap — sniff out timely catalysts. They offer the best opportunities for gains in today’s markets. As I write to you over the coming months, I’ll show you how to maximize your returns over time using these catalysts. While every trade won’t be a home run, the strategy should substantially outperform. The best way for you to stay in the loop is by signing up to receive the Daily Reckoning by email. There’s more content in the email that you’re not getting right now – and I’d hate for you to miss out on any new catalyst opportunities. So click here now and sign up. It only takes a second… and you’ll be glad you did.

Rick Pearson walked away from a seven-figure salary at age 33 and started investing for himself. Before that, he clocked almost a decade at a major bank’s London, New York and Hong Kong offices. Rick isn’t afraid to go the extra mile. In Hong Kong, he actively rooted out Chinese companies committing fraud — even personally staking out warehouses and factories and questioning employees and management. In his search for catalysts that move stocks higher, he leaves no stone unturned… He’ll enter a stock at, say, $1.80 and exit at $10 — those are the kinds of moves you’ll make in Agora Financial’s Exponential Trends Trader.