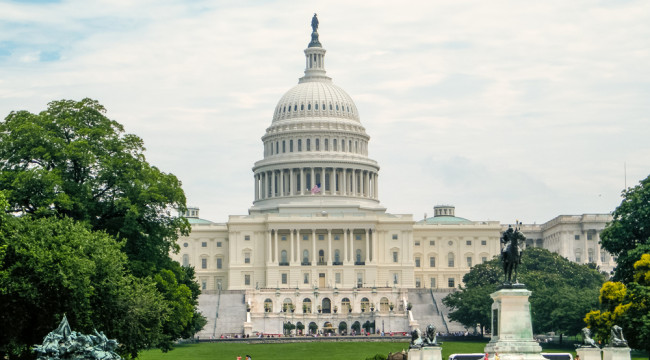 An insidious new fantasy is blooming in Washington, D.C, academia and the media…

Democratic presidential candidate Bernie Sanders dreams about it in between bong hits.

And the ultra-progressive Huffington Post calls it “the idea that could revolutionize the 21st century.”

The hype surrounding this “revolutionary” idea will soon be an everyday talking point.

And if you’re a hard-working citizen who takes care of your own responsibilities, you should pay extra close attention…

So what exactly is this utopian fantasy that’s going to change the playing field?

The Deep State has given it a nice, friendly name: Universal Basic Income (UBI).

Government will now give each citizen enough money every year to cover basic needs such as food, shelter and health care (and probably soon to include weed).

I can see the “kumbaya” circle forming now: Free cash by the bucket load will be their mantra. After all, it’s only fair. Who could be against such a warm-hearted political proposal?

I will tell you who…

Anyone not attached to the Matrix.

Anyone that still has a “can do” attitude.

And anyone not dead spiritually.

That means you and me.

But before we get into that, let’s find out why the benevolent dictators believe this nonsense…

Prominent UBI proponent Albert Wenger of Union Square Ventures sums it up by saying that we need a “new economic paradigm” that helps “move past traditional concepts of work and jobs towards an era of economic freedom.”

People like Wenger write this drivel to confuse the smart and make the dumb happy.

How the hell do you move past traditional concepts of work and jobs for a new economic freedom?

Hey Wegner, there is no fantasy economic freedom without the traditional work and jobs you condemn. And there’s no money for Universal Basic Income without them either.

But let’s unpack this basic income idea a bit.

UBI is presented as a new way to eliminate poverty and provide economic freedom for people without more government in their lives.

That’s clever language to try to appeal to or confuse libertarians. But this libertarian isn’t buying new economic proposals from twits that I would never share a beer with.

First, the government is not some economic engine, so it doesn’t have money to hand out to the villagers. That money is ours.

And where will this new cash come from? Increased taxes? More debt? Pixie dust sprinkled by the President?

Second, the peasant class will be guaranteed an income whether they sleep 24/7 or show up to flip burgers. Without incentives, though, there will be a massive decline in production, economic output and consumption.

There are already 94 million people out of the workforce sitting on their ass. Should millions more be incentivized to become gelatinous blobs of non-productive human goo?

Third, politicians will be in charge of the UBI scam. How many different forms of corruption can you imagine springing from free cash for everyone?

Slaves to the State

This is not just a debate about new names for welfare or more freaking taxes. There are fundamental dangers with this Universal Basic Income…

It forces the lost souls of society to permanently nurse Mother Government’s teat for sustenance.

It gives the Deep State more money and power, allowing them to go even deeper into the assets you have left.

And it lets millions of zombies vote for even more free cash at the expense of producers… or said another way “two wolves and a lamb voting on what to have for lunch.”

We’ve been down this road before…

There have been thousands of government boondoggles over the last 50 years all designed to avoid the universal truth that prosperity, human dignity and economic freedom comes from hard work… not handouts.

They’re always tinkering… always finding new ways to insert themselves into our lives to steal more.

They are 100% committed to killing the human spirit.

And we’ve seen their Utopia before. It’s on full display in Cuba, North Korea and Venezuela.

Venezuela right now is becoming a failed state – failed for their version of UBI.

Ayn Rand predicted all of this destruction when she wrote:

Money is the barometer of a society’s virtue. When you see that trading is done, not by consent, but by compulsion–when you see that in order to produce, you need to obtain permission from men who produce nothing–when you see that money is flowing to those who deal, not in goods, but in favors… you may know that your society is doomed.

I say come and get me, send your thugs to try and collect, cause all real Americans will fight to make their own way.

Making your own way is the foundation of true happiness.

Please send your feedback to coveluncensored@agorafinancial.com. Tell me what you think about Universal Basic Income.

Did members of the CIA, the FBI and other “deep state” actors effectively try to launch a coup d’état against President Trump?”…