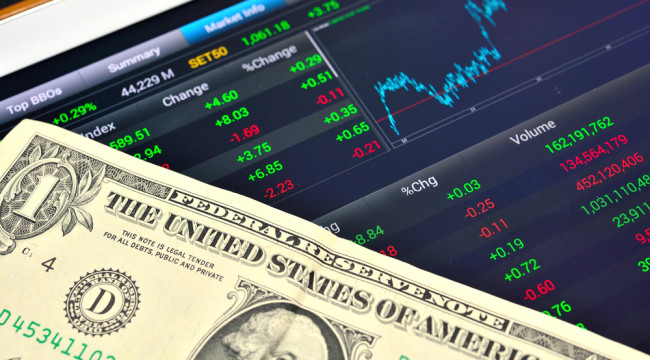 When It Comes to Trading, You Could Be Your Worst Enemy

“If you take emotion — would be, could be, should be — out of it, and look at what is, and quantify it, I think you have a big advantage over most human beings.”

— John W. Henry, trend follower who went from being a farmer to owning the Boston Red Sox

When shares of Enron collapsed in 2001, a lot of investors got wiped out.

I’m sure you remember what happened with Enron, one of the biggest frauds in corporate history.

More than 20,000 employees were thrown out on the streets. In a matter of months, the stock dropped from $90 to $0. More than $60 billion in shareholder value vanished. Thousands of investors and employees who had big chunks of their retirement savings in the stock were wiped out.

People like Charles Prestwood, a pipeline operator who had been with Enron since day one. After retiring in 2000 with a portfolio worth $1.3 million, he thought he was set for life. But his life savings (and retirement dreams) evaporated during the collapse.

After his account balance dropped to $13,000 (that’s a 99% loss), he testified in front of a Senate hearing: “All those dreams are gone now. I’ve lost everything I had. I’m just barely surviving.”

Or look what happened with Janice Farmer, another retired Enron worker, from Florida.

At one point she thought her nest egg of $700,000 would guarantee a comfortable retirement. But once the fraud became evident, she watched her life savings go from $700,000 all the way down to $20,416—in a matter of months. She’s now trying to survive on a ridiculous $63 monthly Social Security check.

Diana Peters, who lost her entire $75,000 retirement portfolio, is now also completely dependent on Social Security checks. She now gets by on a skimpy $1,300 monthly check and by picking up the occasional odd job.

Something very similar happened when the dot-com bubble burst … or when Lehman Brothers went under in 2008 … or when gold stocks plunged from 2011 to 2015.

Even though these are completely different scenario, there’s one thing in common: investors failed to cut their losses short.

Maybe this has happened to you before.

You’ve held onto a losing position for too long because you’re telling yourself, “Maybe if I leave it alone it will go back up.”

That’s just the way our brains are wired.

We tend to take profits from a winner quickly on the assumption that the profits won’t last. And we tend to hold onto a loser in the hope it will bounce back.

Dalbar, a Wall Street research firm, reports that the average investor earned just 3.17% from equity funds from 1990 through 2009. In comparison, the S&P 500 averaged 8.2%. Investors failed to capture all the gains largely because they are terrible at timing. They take profits too soon, and hold on to losers for too long.

This irrational behavior of holding onto losers for too long is called the disposition effect. This phenomenon has also been documented by researchers from UCLA and the Ohio State University. Odean, another researcher, looked at the trading records of 10,000 individual investors.

And he found that this disposition effect cost investors, on average, 4.4% in annual returns. This number is very close to what the Dalbar study I mentioned above found.

I recently talked to Princeton professor Daniel Kahneman about this phenomenon. He’s the first psychologist to win the Nobel Prize in economics.

People typically love to win and hate even more to lose. Winning is rewarding; it makes people feel good about themselves. Correlatively, losing is not only a disappointing outcome with a certain cost; it can be sharply experienced as a self-inflicted insult to the ego, particularly if the one who loses has narrowly framed the competition as a singularly important event.

Daniel Kahneman says, “When you sell a loser, you don’t just take a financial loss; you take a psychological loss from admitting you made a mistake. You are punishing yourself when you sell.”

In other words, pocketing a small winning trade makes you feel good.

That’s why people tend to take profits way too soon, instead of following the trend for as long as it lasts.

On the other hand, nobody likes to close a losing trade and admit they were wrong. It’s painful.

Which is why when a stock you hold starts to move lower, you hold on to it, hoping for a recovery.

Instead of cutting losses short and letting profits run, you end up doing the opposite. And that’s a sure way of losing a boatload of money — or even getting wiped out.

As you can see, trend following goes against human nature. See, this strategy is all about cutting your losses short and letting your profits run. That’s what allows you to make big bucks. But it’s very hard for humans to do that.

Instead, we tend to do the opposite: take profits too soon, and hold onto losers for too long.

Here’s the bottom line: without a computerized trading system, it’s very hard for humans to follow a trend.

And that’s why the best traders in the world use computer systems. And it’s why I’ve developed my own proprietary trading system to identify trends — the one I use in my research advisory service, Trend Following With Michael Covel.

Introducing a system component into trading is the only way for you to reach the discipline needed to possibly make the big money. Most retail investors blow up or have a short-lived trading career because they don’t have the discipline to stick with their system. They are always looking for the quick buck, or the quick fix.

Sadly, every year millions of accounts literally collapse from basic mistakes. What is the most common mistake? You put a trade on, it starts losing money, but your gut tells you to hang on because it’s going to work out and go your way. You end up holding on too long to a losing trade.

A trading system takes that emotion out. It takes the wishing and wanting out of the equation. This type of thinking appeals to everyone once they understand it.

My system prevents you from taking profits too soon and holding onto losers for too long.

P.S. Will the Fed raise rates at its next meeting? Is China preparing to shock global markets by devaluing the yuan? You’ll find the answers to these questions and more in the free daily email edition of The Daily Reckoning. In a way you’re sure to find entertaining… even risqué at times. Click here now to sign up for FREE.