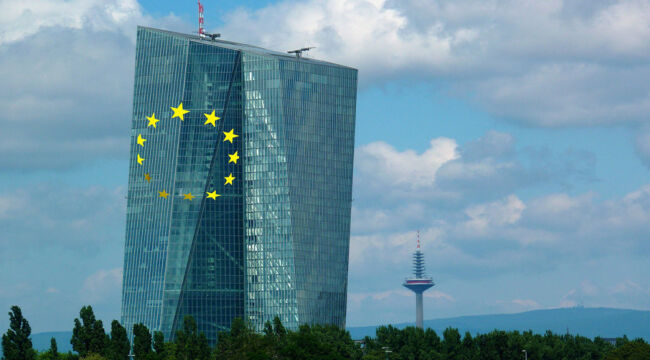 The eyes glaze, the jaw drops, the legs wobble… and the mind reels…

The world’s central banks have printed $834 million each and every hour of each and every day… for the past 18 months… to keep the global economy up and going.

This we have on the high authority of Bank of America, relayed here by Bloomberg:

Imagine spending $834 million an hour for 18 months. That’s how much central banks have spent buying bonds since the pandemic hit, according to Bank of America strategists, who estimate the Fed alone has put in $4 trillion.

We cannot imagine spending $834 million an hour for 18 months. Nor can we imagine the Standard & Poor’s 500 doubling since its pandemic lows.

Not since the Second World War has the S&P doubled across so short a space — 354 trading days.

The stock market and the Federal Reserve’s balance sheet are mirrors. The movement in one replicates perfectly in the other.

They may appear as two. But they are one.

More money has poured into stock funds within the past several months than the previous 12 years combined.

If market cap ranges between 50% and 75% of GDP, the market is considered undervalued — in the general.

205% — a record. That is, stocks are obscenely overvalued as history runs.

It’s a statistic that speaks to the unprecedented wall of money that kept companies afloat during lockdowns and sparked the biggest stock market rally of a generation.

The biggest stock market rally of a generation pushed on again today.

The rah-rah men are yelling about the stock market’s lovely spree. Fresh vistas are in sight, they insist.

They are advising you to push all caution out of the way… and go plunging in.

Should you — go plunging in?

The question is of course a leading question. It very nearly answers itself.

Stock market valuations are by certain measures the highest in history.

The higher the valuations, the lower your chances in the stock market. Explains Mr. Lance Roberts of Real Investment Advice:

Starting valuations have much to do with future return expectations. What is often forgotten by investors, especially during robust bull markets, is the subsequent and inevitable bear market.

While the jump in earnings and profits surged from the pandemic lows, valuations were not allowed to revert, as would typically be the case during a recession. If valuations corrected during the pandemic-driven shutdown, as prices fell and earnings surged, a more sustainable case might exist.

However, the earnings recovery got absorbed by the speculative, liquidity-driven market surge. Such leaves the markets vulnerable to a disappointment in earnings, a slowing of economic growth, or a reduction in liquidity flows into the markets.

Stocks Will Go Nowhere for 20 Years?

Today’s preposterous valuations suggest stocks will return negative 2.9% per year across the next decade — dividends included.

Sourpuss analyst John Hussman believes that the S&P may jog in place for much of them:

From this particular starting point, I expect that the S&P 500 will go nowhere for something approaching 20 years.

Yet this we do know — or at least believe powerfully:

While the temptations are great, and the pressures strong, illusions in numbers are only that — ephemeral, and ultimately self-destructive.

(We acknowledge Mr. Roberts for the reference).

Here is the substance beneath and within the illusions:

Last week Nasdaq components turned in 350 fresh lows. We are informed that is the highest figure since last March 2020 — when the stock market was a howling bedlam of terror.

Yet the Nasdaq presently bangs along at record levels. How?

We must conclude a limited number of draft horses are hauling the cargo, doing duty for the laggards.

Mr. Larry McDonald of Bear Traps is with us:

This speaks to how mega cap equities are the only reason the market continues to trade at the highs. There is significant weakness beneath the surface.

That is, there is significant weakness beneath the gaudy and illusory surface.

But it is not merely the topheavy Nasdaq that is straining under the burden. Mr. McDonald:

You therefore have a “poor risk reward set up” on your outstretched hands:

This shows an incredible loss of breadth in the equity market. Index strength is being led by fewer and fewer names. A poor risk reward set up.

Is this the description of market health? We do not believe it is.

How much longer can the Clydesdales push on… before depleting their steam… and announcing a halt?

As always, we offer no answer. Yet we hazard these wagon-pullers require rest sorely.

And there are presently no replacements…