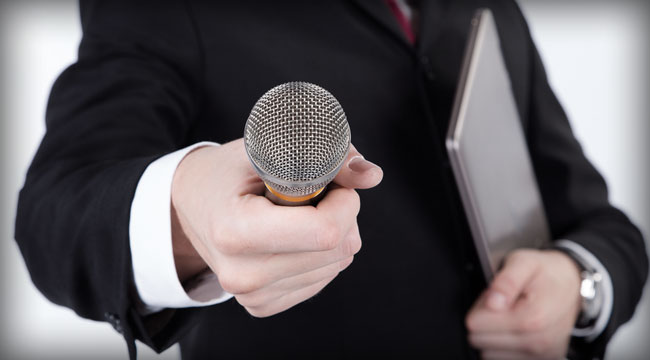 5 Critical Questions About the Strength of the US Economy

On Monday, May 12th I was interviewed for the radio show “Your Money Talks” heard in Orange County and the Greater LA Inland Empire on KSPA am 1510 and KFSD am 1450 in North San Diego County. The host of the show, Jerry Slusiewicz asked a number of questions on the economy. What follows is a transcript of the interview.

Question #1 – What is your view of the current economy?

The Supplemental Nutrition Assistance Program (SNAP) aka “food stamps” shows nearly 47 million participants. The number of participants in this program really shot up after the stock market tops of 2000 and 2007.

True bull market rallies begin from the depths of despair and take some time to develop.

If the assessment of the economy is based on employment and corresponding well-being, we are not faring very well.

Of course people like to talk about housing. While there has been some recovery, much of the purchasing is occurring with cash. Cash transactions mean private investors. These are a different sort than owner occupiers. The roof over your head aside from being a human need becomes an emotional attachment for owner occupiers…not so for investors. This is important since investors can and will run at the first sign of trouble unlike owner occupiers who may be underwater.

The much referenced Case-Shiller 20-city index peaked in 2006 and hit its low in 2012. In January it was still 20% below its peak despite a historically low interest rate environment and a deluge of private investors.

So if housing is your gauge of economic performance, it is a tenuous recovery at best.

Question #2 – What do you think the Federal Reserve will do and should do?

This institution is one of the least understood, yet most influential in the markets and the economy. I discussed the Fed in my book Escaping Oz and labeled them one of the “Wizards”. If you recall the story of the Wizard of Oz, when Toto pulled back the curtain, everyone saw the Wizard was an ordinary man who pulled levers and pushed buttons.

The Fed is a private bank whose original charter was to be a backstop for the banking system and provide liquidity in times of bank runs. Over time, the Fed expanded its mission to somehow be a protector of the dollar, a supporter of employment, and an institution that was somehow responsible for the stock market’s well-being. Since the financial crisis, they have stepped in to buy historic amounts of financial assets to the tune of $4 trillion.

In the meantime, the Fed has completely distorted the economy and financial markets. I have people on fixed incomes telling me they can’t swallow the CD rates given by their banks and yet their alternative is to increase their risk profile in investments that would never have been suggested pre-crisis.

The Fed tends to be blind to the distortions they cause. Greenspan suggested rising home prices could not be properly compared to a stock bubble. Even the redoubtable Ben Bernanke when asked in 2005 (about one year before the top) about housing prices being in a bubble, suggested that it was an unlikely possibility since we never experienced a decline in prices on a nationwide basis. Both gentlemen displayed an epic misunderstanding of financial bubbles.

Don’t believe the Fed has some magical formula which tells them how much they should intervene in the markets. This has been and continues to be a grand experiment that will not end well.

Oh and by the way, “Toto” is Latin for everyone. In time everyone will realize the Wizards at the Fed are ordinary men and women and have no special powers over the economy.

Question #3 – What is the U.S. stock market telling you right now?

Since the beginning of the year, the average stock in the S&P 500 is down 9% while the S&P 500 index is about 1% from its all-time high [Note: the stock market made a new high on the day of the interview]. The big-cap stocks like Apple, Johnson & Johnson, and Berkshire Hathaway, among a handful of others, are supporting the index.

I like to look also at investment advisor sentiment. An index that tracks that sentiment recently hit a 79% bullish figure easily surpassing the highs in 2007 and 1999. Bullish extremes in sentiment tend to precede market tops.

I also look at societal trends with respect to the stock market. Back around 2000, I knew we were at a top when family members with no experience began to suggest stocks to buy and considered dabbling in day-trading.

Lately a trend changing sign for me is a new smartphone app called Acorns. The purpose of this app is to round purchases from credit/debit cards to the nearest dollar and invest the difference into a portfolio of index funds…something similar is done by banks who push the differences into savings accounts. While the app certainly is clever, it pushes that odd-lot mentality into the unconscious realm of consumer purchases. You buy something for yourself and invest at the same time.

I have some proprietary indicators I developed that focus on short/medium/ and long-term trends. In early February, we came within a whisker of activating my medium trend indicator. This would have signified the start of a bearish trend that would have lasted weeks. Close but no cigar.

Basically, I feel that the move from the 2009 low is a massive bear market rally. True bull market rallies begin from the depths of despair and take some time to develop. If you look at this move since 2009, the move occurred in a flash and there was no real long-lasting bottom.

Question #4 – Any thoughts on bonds?

The biggest concern I have about bonds is the spread between high-yield debt and debt of similar length on US Treasuries. The current spread is about 3.6%. That spread is even lower than we had at the stock market top of 2007. This tells me that there is great complacency in the market and perhaps underwriting standards for this junk debt has gotten more lax. The total market for this type of speculative grade debt is over $2 trillion. By the way, when the credit crisis hit in 2008, that spread I just mentioned went to over 20% in a hurry.

This is the environment created by the Fed. Investors are chasing yield but the interest rates are so distorted that they are not even adequately being compensated for their risk taking.

Long-term interest rates made a significant low in 2012 and I don’t see them reaching those levels again soon. Short-term interest rates are microscopically low and really have nowhere to go but up. Candidly, I don’t have as clear a picture in this market other than to suggest it will be largely driven by the next credit scare. There will be a time when folks will be very happy to be able to get 5-6% on their money in a CD.

Question #5 – What should an investment posture look like right now?

Unless you or your investment advisor are adept at trading markets, you should be prepared to seek refuge in the best quality you can find. For some that is short-term Treasury debt and for others, it might mean cash. I realize this is not a sexy recommendation.

If you want to be aggressive, ProShares has a couple of ETFs that do leveraged shorts on both Gold and Silver.

A couple of funds that offer some protection are from Guggenheim. These are high-yield corporate bond funds but they simulate maturities that end in 2014 and 2016. With these real short maturities, it limits some of the exposure that bond values have to interest rate changes, particularly higher yield bonds. The 2014 fund is yielding about 3% with a price that has stayed relatively flat.

I am also bullish on the US Dollar and Powershares and Rydex offer and ETF and Mutual Fund respectively to take advantage of this move.

Ed. Note: No matter what happens in the economy, there will always be a way to protect and grow your wealth… you just need to know where to look. That’s where The Daily Reckoning email edition can help. Every day, the Daily Reckoning gives readers specific opportunities to discover real, actionable investment advice with practically limitless profit potential. Sign up for FREE, right here, and never miss another great opportunity like this. And in addition, you’ll receive exclusive access to the Daily Reckoning research library, which includes one incredible report that details a simple 5-point strategy to “beat the street.” Don’t wait. Click here now to sign up for FREE.