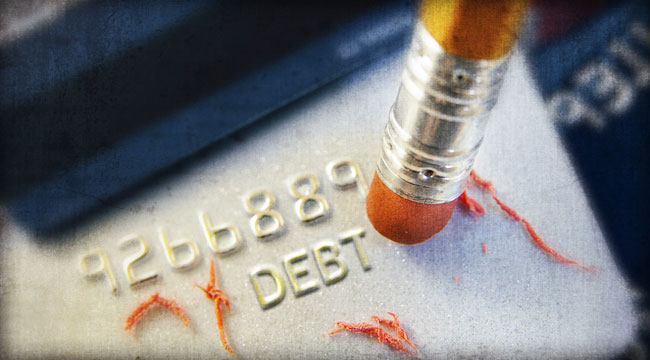 The nonpartisan Congressional Budget Office is acting in a bipartisan way to cover up the biggest single threat to the bipartisan political alliance that is stripping America of its wealth: the United States Congress.

There is no question that the following policy is bipartisan. Democrats and Republicans in Congress are completely agreed that the following information should not get out to the American people, namely, that the present value of the United States government’s off-budget liabilities is over $200 trillion.

…the government needs $205 trillion… to invest in the private sector, in order to fund its legal liabilities.

The man who has followed this for the longest time is Prof. Laurence Kotlikoff of Boston University. He has created a great deal of embarrassment for the government by his relentless pursuit of the statistical implications of the statistics released by the Congressional Budget Office.

The Congressional Budget Office has a way to avoid this, namely, to cease publishing the statistics that Kotlikoff has used to expose the real condition of the United States government.

Kotlikoff referred to this suppression of information in an article that appeared in Forbes.

The CBO has two sets of books. This is what any Ponzi scheme requires. It releases one set of books to the rubes in the financial media, who are perfectly content to quote from it, when they are even aware of it. This is called the Extended Baseline Forecast or EBF.

The second set of books is called the Alternative Fiscal Scenario or AFS. Here’s how Kotlikoff describes the difference.

In past years, the CBO simultaneously released what it calls its Alternative Fiscal Scenario. This forecast is what CBO actually projects future taxes and spending to be given not just the laws in place, but also how Congress and the Administration have been bending and changing the laws through time. In short, the Alternative Fiscal Scenario (AFS) is what the CBO thinks we’re facing absent a truly dramatic and sustained shift in fiscal policy.

Because of Kotlikoff’s ability to get news coverage for the AFS, the CBO decided this year not to publish it.

Those of us who track U.S. fiscal policy eagerly await each year’s release of the AFS. But this year, the CBO’s long-term forecast included only the EBF. The AFS was nowhere to be seen. It wasn’t mentioned in the CBO’s lengthy report. Nor was it included in the downloadable data CBO provided on its website.

The national media, which generally “covers” fiscal affairs by repeating what it’s told, missed this omission entirely. Indeed, it spent an entire news cycle discussing the EBF figures as if they had real meaning.

The CBO did not get away with this, at least not to the extent that it had hoped. There were complaints. Kotlikoff says that enough people did complain to persuade the CBO to release a summary of the projections in an obscure spot in the CBO’s spreadsheet. The CBO posted this information, but it did not alert the financial media to the update.

He predicted that the link would soon be removed. This was in early October.

The EBF and AFS projections differ dramatically, yet the AFS is hidden away in one tab of one spreadsheet called Supplementary Data, the small link to which will shortly disappear from the CBO’s homepage, making it even harder for we taxpayers to find.

[Ed. Note: We tried accessing the link, but nothing came up.]

He points out that the CBO’s projections on the deficit which it has posted in full public view, namely, the ESB, has the fiscal gap at $47 trillion. Now, just between you and me, $47 trillion is a large chunk of change. But it is such a low-ball estimate that the public has no real conception of how big the liability really is. Of course, the public doesn’t care one way or the other, because the public has never heard of the CBO, let alone the ESB. When I say “public,” I mean the financial media.

Using the AFS figures, the unfunded liability is $205 trillion. This is the figure that the CBO does not want the general public, meaning the financial media, to be aware of.

The only fiscal measure that’s free of this classification problem, known as economics labeling problem, is what economists call the infinite horizon fiscal gap. This measure puts everything on the books — all future spending obligations, whether they are called official or not as well as all future tax and other receipts. The difference valued in the present (the present value) of future spending less future receipts is the infinite horizon fiscal gap.

Kotlikoff explains this in layman’s terms. He explains it in terms of the taxing and spending consequences of the present value of the unfunded liabilities. He tells us what must be done today.

The $205 trillion fiscal gap is enormous. It’s 10% of the present value of all future GDP. Equivalently, it corresponds to 10% of GDP year in and year out for as far as the eye can see. To raise 10% of GDP each year we could (a) raise all federal taxes, immediately and permanently, by 57%, (b) cut all federal spending, apart from interest on the debt, by 37%, immediately and permanently, or (c) do some combination of (a) and (b).

The odds of Congress agreeing on a bill to this effect, and then having President Obama sign this bill into law, are a good deal lower than the odds of your winning the state lottery. Three times in a row. One ticket per year.

This is the softcore version that he wrote for Forbes. He released a hard-core version in an interview on the Financial Sense website. He called this a conspiracy. But he made it clear that it is a bipartisan conspiracy.

I sent him [head of the CBO] an email and asked whether he was under some sort of political pressure to withhold this information and he said that was a big insult, and he was very upset with me for suggesting that. But then he said that the reason he hadn’t released it was because they didn’t think anyone was interested. I said, well obviously we’re interested — it’s the only thing worth looking at.

I love it when bureaucrats cover up the obvious. They do not even try to be clever. They give some obviously screwball explanation, and leave it at that. They cannot be fired. We cannot do anything about it.

This has gone on for a long time.

This is a pattern, you know. The Clinton administration — we put out the fiscal gap studies for a couple of years on the President’s budget. The Clinton administration then censored it. The guy who’s now head of the National Economic Council, the Chief Economic Advisor to President Obama, was the one who did the censorship back in 1994. President Bush’s Treasury Secretary O’Neil wanted us to do a fiscal gap accounting for the President’s budget in 2003 and he was fired in December 7, 2002, and that study was censored two days after he was fired.

So, this is not accidental. This is more or less a conspiracy to hide the truth to keep ourselves and our kids in the dark about what the politicians are really doing, which is trying to garner the votes of older people and then get reelected and leave a bigger mess for our kids to handle.

Our kids will handle this effectively. They will elect people to Congress who will vote to stop paying the oldsters and their physicians, the vast majority of whom will be dependent on Medicare payments. I call this “stiff the geezers.” I also call it the Great Default. The surviving generations that ran up the liabilities will bear the brunt of the pain, as well they should.

There is no way out, other than default. This will have profound consequences politically, economically, and socially. It will be the end of the Keynesian welfare state. The Keynesians will be left holding the empty bag.

This is how all Ponzi schemes end. But those deluded souls who buy into them refuse to face statistical reality until the scheme blows up, leaving them empty-handed.

Will they be wiser after the Great Default? It is our job to explain to them what happened. We must begin with this: “We told you so. We also told you why.”

Ed. Note: Despite some of the good news coming out of the U.S. recently, there is no denying the massive debt obligations we’re saddled with. And that’s why now is the time to prepare yourself for whatever might come next. Sign up for the FREE Laissez Faire Today email edition for regular commentary (and chances at real profit opportunities) on how to safeguard your wealth no matter what happens.