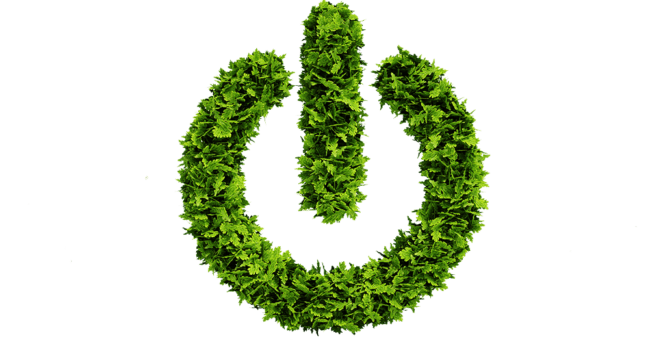 Finance is often cloaked in arcane terminology and math, but the one dynamic that governs the future is actually very simple. Here it is:

All debt is borrowed against future supplies of affordable hydrocarbons (oil, coal and natural gas).

Many people believe that alternative “green” energy will soon replace most or all hydrocarbon energy sources, but this belief is not realistic. All the “renewable” energy sources are about 3% of all energy consumed, with hydropower providing another few percent.

There are unavoidable headwinds to this appealing fantasy…

1. All “renewable” energy is actually “replaceable” energy, analyst Nate Hagens points out. Every 15-25 years (or less) much or all of the alt-energy systems and structures have to be replaced, and little of the necessary mining, manufacturing and transport can be performed with the “renewable” electricity these sources generate. Virtually all the heavy lifting of these processes require hydrocarbons and especially oil.

2. Wind and solar “renewable” energy is intermittent and therefore requires changes in behavior (no clothes dryers or electric ovens used after dark, etc.) or battery storage on a scale that isn’t practical in terms of the materials required.

3. Batteries are also “replaceable” and don’t last very long. The percentage of lithium-ion batteries being recycled globally is near-zero, so all batteries end up as costly, toxic landfill.

4. Battery technologies are limited by the physics of energy storage and materials. Moving whiz-bang exotic technologies from the lab to global scales of production is non-trivial.

5. The material and energy resources required to build alt-energy sources that replace hydrocarbon energy and replace all the alt-energy which has broken down or reached the end of its life exceeds the affordable reserves of materials and energy available on the planet.

6. Externalized costs of alt-energy are not being included in the cost. Nobody’s adding the immense cost of the environmental damage caused by lithium mines to the price of the lithium batteries. Once the full external costs are included, the cost is no longer as affordable as promoters claim.

7. None of the so-called “green” “replaceable” energy has actually replaced hydrocarbons; all the alt-energy has done is increase total energy consumption. This is what’s called Jevons Paradox: every increase in efficiency or energy production only increases consumption.

Here’s a real-world example: Building another freeway doesn’t actually reduce congestion in the old freeway; it simply encourages people to drive more, so both freeways are soon congested.

All Future Income Is a Claim on Future Energy

Setting aside the impracticalities of replacing most or all hydrocarbons with “replaceable” energy, the real issue is all debt service/repayment is ultimately funded by future energy.

Imagine being air-dropped into the Sahara desert with a backpack of gold and $100 bills. You’re wealthy in terms of “money” but if there’s no water, food and transport to buy with your money, you’ll die.

The point is that “money” is only valuable if the essentials of life are available at affordable prices.

But what happens if inflation increases the cost of oil but wages continue stagnating? What happens to the economy if it takes one hour of labor to buy a gallon of gasoline instead of 7 minutes?

The Hidden Costs of Alternative Energy

Economics claims that cheaper substitutes will appear to replace whatever is expensive, so cheap electricity will replace costly oil, or transport will switch to cheap natural gas, etc.

But these proposed transitions are not cost-free.

The cost of replacing 100 million internal combustion engine (ICE) vehicles is non-trivial, as is building the “replaceable” energy infrastructure needed to power all these vehicles.

There are supply constraints that are also not included. For example, all the plastic in the world is still derived from oil, not electricity. (Note that each electric vehicle contains hundreds of pounds of plastic.)

Energy in any form is not magically pliable. Just as we can’t turn electricity into jet fuel, we can’t turn a barrel of oil into only diesel fuel. Coal can be turned into liquid fuel but the process is non-trivial.

All of which is to say that the cost of energy in hours of labor is likely to increase, possibly by more than the global economy can afford.

There may also be supply constraints, situations where the energy people want and need is not available in sufficient quantities to meet demand at any price.

As “software eats the world” and automation replaces costly human labor, it’s also likely that the erosion in the purchasing power of labor that’s been a trend for 20 years will continue and accelerate.

Analyst Gail Tverberg has done an excellent job of explaining that it’s not just the availability of energy that matters, it’s the affordability of that energy to the bottom 90% of consumers.

Again, “money” is nothing but a claim on future energy, because energy is the foundation of the global economy. Without energy, we’re all stranded in the desert and all our “money” is worthless because it can no longer buy what we need to live.

Central banks can print infinite amounts of currency but they can’t print energy, and so all central banks can do is add zeroes to the currency. They can’t make energy more affordable, or guarantee that a day’s labor will buy more than a fraction of the energy that labor can buy today.

The global financial system has played a game in which “money” is either printed or borrowed into existence, on the theory that energy will be more abundant and more affordable in the future. If this theory turns out to be incorrect, the “money” used in the future to pay back debts incurred today will have near-zero value.

The question is: how much energy, water and food will the “money” created out of thin air in the future buy?

If the lender can only buy a tiny sliver of the energy, water and food that the “money” could have bought at the time the “money” was borrowed, then it won’t really matter how many zeroes the “money” will have. What matters is how much purchasing power of essentials the “money” retains.

Borrowing trillions of dollars euros, yen and yuan every year expands the claims on future energy at a rate that far exceeds the actual expansion of energy in any form.

This has created an illusion that we can always create money out of thin air and it will magically hold its current purchasing power for ever greater amounts of energy, food and water.

The monumental asymmetry between the staggering rate of expansion of “money” — claims on future energy — and the stagnant supply of energy means this illusion is only temporary.