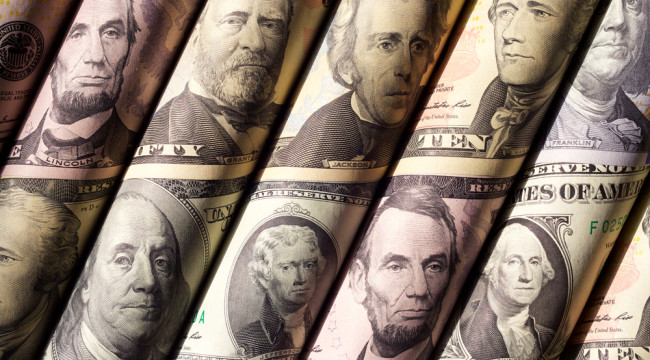 Yesterday, I revealed the first six steps I believe are critical to restoring America to a position of strength and prosperity. If you missed it, you can find them here. Today, I’m bringing you seven additional steps the government must take. And the sooner the better.

At the end of the day, the cure for the Great Deformation is to return to sound money and fiscal rectitude, and to correct the great error initiated during the New Deal era. In pursuing humanitarian purposes, the state cannot and need not attempt to manage the business cycle or goose the free market with stimulants for more growth and jobs. Nor can it afford the universal entitlements of social insurance.

The United States must also abandon the warfare state. It should have been scrapped long ago. It is unnecessary for American security and a needless financial burden.

The end of the Keynesian fiscal state would require a fundamental reconstitution of the role and functions of government. The provision of police functions (including most of homeland security) and public goods such as highways, education, and amenities like recreational facilities would revert to state and local governments.

Social insurance, bailouts, and other forms of federal economic intervention and subsidization of the free market would be abolished. These changes in the functions of the state and the level of government at which they are carried out would eliminate the fiscally suicidal forces built into the current system. These include intergenerational thievery under social insurance and interregional larceny embedded in federal grants in aid and economic subsidy programs.

Under this régime, much of the federal government could be abolished including the Departments of Energy, Education, Commerce, Labor, Agriculture, Housing and Urban Development (HUD), Homeland Security, the Small Business Administration (SBA), Department of Transportation (DOT), and the Export-Import Bank.

Likewise, other Washington venues for crony capitalism would be eliminated by abolishing, for instance, Fannie Mae and Freddie Mac, the Federal Housing Authority (FHA), homeowner’s tax preferences, and the remainder of the housing goody bag.

In the same vein, all forms of energy, black and green, would be put strictly on the free market. Amtrak would sink or swim as a private enterprise; subway commuters or taxpayers in New York City would pay the full fare, not innocent taxpayers in Nebraska; and GE, Caterpillar, and the rest of the corporate freeloaders would be deprived of cheap export financing from the Export-Import bank.

Outside of national defense and foreign affairs, the primary function of the federal government would be to maintain a means-tested safety net. The latter would fulfill the humanitarian sentiments held by the electorates in modern urban-industrial societies where extended family support networks no longer exist. It would strictly contain the risks of abuse and freeloading by the able bodied and non-needy.

This means that social insurance and the rigmarole of trust funds and insurance mythology would be abolished. And that any citizen wanting aid from the state would be subject to a strict and intrusive means test.

Additionally, a work requirement for the able bodied of normal working age would be coupled with the abolition of the minimum wage and the scaling out of transfer payments to the working poor, based on an all-in tax rate which rewards work and effort. Finally, all existing programs including housing, food stamps, and Medicare and Medicaid would be converted to cash equivalents. That would eliminate the provider abuse and the crony capitalist policy and administrative exploitation that are inherent in similar programs.

#10. Abolish Health “Insurance” in All its Forms.

The replacement of Medicare and Medicaid with cash-based transfer payments would be coupled with the repeal of Obamacare and the elimination of the massive tax subsidies for employer health insurance. So doing, the giant third-party payment deformation would be eliminated from the medical care markets. Real consumers would take charge of their own health expenditures, putting providers under the competitive discipline of the free market. The cancerous growth of the medical care complex would be halted and reversed, thereby stifling the ultimate driver of welfare state bankruptcy. The free market would rapidly give rise to solutions to all of the problems which have justified the massive incursions of the state.

Cost of care would be lower; pricing would be nondiscriminatory; and proficient fee-based medical care advisory services would arise to help consumers, especially the elderly and poor. They could navigate the medical care system and get the largest bang for their buck. The one necessary concession to socialism would be a system of federally licensed catastrophic insurance funds which would automatically cover the means-tested safety-net population regardless of preexisting condition, in return for mandatory premiums. These would be withheld from beneficiaries’ cash transfer payments and be set by competitive bid.

The warfare state would be demobilized and dismantled, with budget resources reduced to the Eisenhower Minimum outside of a declaration of war. Foreign policy would be based on the principle of non-intervention in the internal affairs of all other nations coupled with the Eisenhower policy of massive nuclear retaliation.

In other words, the nation’s conventional forces would be reduced by perhaps two-thirds and be used solely to shield the continent from conventional military attack. The domestic police forces would be in charge of warding off and controlling terrorist subversion. And any foreign aggressor contemplating a nuclear attack against the United States would know with certainty that the consequence would be incineration of their own nation.

At the present time the Eisenhower Minimum would amount to about 2.5% of GDP and would more than meet the legitimate defense needs of a nation that is broke and which was never elected policeman of the world in the first place.

If the Fed normalizes interest rates to say, 300–500 basis points, it would cause an explosion of budget outlays (up to $1 trillion annually) and a resulting feedback loop into honest debt markets which could not be contained because free market interest rates would rise even further. The prudent solution, therefore, would be to get the federal debt burden back to 30% of GDP, where it was at the time of the Camp David Accords of 1978. That would amount to a $6 trillion debt limit compared to a $20 trillion GDP under an unrosy scenario a few years down the road.

Needless to say, $14 trillion of national debt reduction could never be achieved under any known ordinary fiscal device. It would take a one-time wealth tax, essentially a recapture of part of the windfall wealth gain that has accrued to the top of the economic ladder during the age of bubble finance. Presently, household net worth is about $60 trillion and upward of $45 billion is held by the top 10% of households. Accordingly, a 30% wealth tax on the upper rungs and payable over perhaps a decade would reduce the national debt to the target 30% of GDP.

#13. Repeal the 16th Amendment; Feed the Beast with Universal Taxes on Consumption.

Needless to say, the wealth tax and national debt paydown would have to be done as part of a grand social bargain that repealed the Sixteenth Amendment. The ultimate lesson of the Great Deformation is that society cannot starve the beast of the state; it must feed it with current taxes on the people, as would be guaranteed by a balanced budget amendment. But in the modern world, income taxes on corporations and affluent households are merely an invitation for crony capitalist lobbies to seek endless loopholes and densification of the tax code with hair-splitting over definitions of income, expense, time periods, and categories of income.

The only thing which can be fairly and efficiently collected, in truth, is a uniform tax on domestic consumption at the point of sale. More importantly, under a balanced budget amendment, taxation of income would ultimately incite true class war and generate punitive barriers to acts of capitalist enterprise. The hideous position of the Obama White House during the first fiscal cliff debate was telling. It wanted to defend the entire welfare state, barely curtail the warfare state, and collect the revenue necessary to pay for them with higher taxes on just 2% of the population!

If the other road were to be taken, therefore, the people should be required to feed the beast and the state should extract the necessary revenues through a charge on the consumption expenditures of each and every citizen, including those who have submitted to a means test to receive transfer payments from the state.