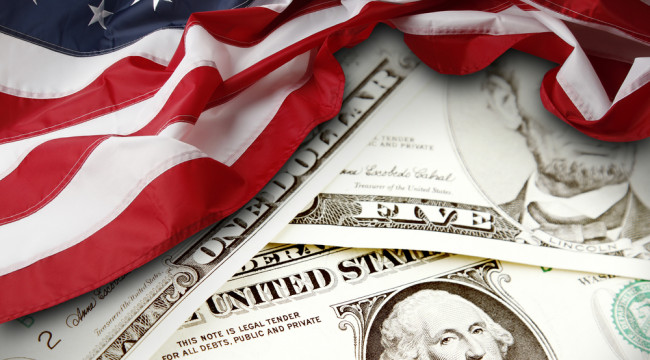 When history gets into a deep rut it becomes hard to alter the course of affairs. But even at this late date, sundown in America could be avoided. The Fed’s financial repression and Wall Street-coddling policies could be pronounced a failure and abandoned. Crony capitalism could be put out of business by constitutional writ.

The corpulent warfare and welfare states could be put into a constitutional chastity belt. The rule of no spending without equal taxation could be made the modus operandi of a shrunken state. Eventually, the free market could regain its vigor and capacity for wealth creation. Under a régime of sound money and honest finance, the 1% could continue to enjoy their opulence by earning it the old-fashioned way — by delivering society inventions and enterprise that expand the economic pie, rather than reallocate it.

The crucial steps that would be needed are few but large.

They would never be adopted in today’s régime of money politics, fast money speculation, and Keynesian economics. But they can be listed. And they are compelling…

In reverting to the role of a banker’s bank, it would examine collateral presented at the discount window and ensure ultimate liquidity of the banking system, while bringing free market interest rates back into the center of financial markets. With open market purchases eliminated, the FOMC and the 12 regional reserve banks could be abolished: bank applicants for discount loans would mainly transact online with the borrowing desk at the Eccles Building.

Over the next decade, the natural roll-off of maturing treasury and agency securities would automatically shrink the Fed’s balance sheet to the September 15, 2008, level (under $1 trillion), thereby paving the way for a the way for a full return to sound money, that is, a gold-backed dollar.

The abomination of deposit insurance would be abolished, and the Fed’s discount window would be open only to “new charter” national banks. These charters would be offered to “narrow” depository banks which would take deposits and make loans, but would be banned from trading, underwriting, or agenting any business in securities, derivatives, commodities, or whole loan paper they had not originated.

Nor could chartered banks be in the asset management, insurance, or financial advisory business, and they would be required to maintain minimum equity capital ratios of 20 percent or higher, the levels which prevailed before the 1920s.

A postal banking system would be set up by the federal government for blue-haired ladies and timid savers who were unwilling to risk putting their savings into uninsured, chartered banks, but they would receive a penalty interest rate below the chartered bank rate to compensate the federal government for use of its balance sheet and credit rating.

The great Wall Street Banks would be put out in the cold to compete as enterprises on the free market without recourse to funding from insured deposits or access to the Fed discount window. Pursuant to the implementation of Glass-Steagall II, the large banks would be forced to divest their deposit banking business, and cap their balance sheets at 1 percent of GDP ($150 billion) for ten years in order to regenerate honest, competitive financial markets and to reduce the risk of crony capitalist recidivism.”

#4 Abolish Incumbency Through an Omnibus Amendment.

The US Constitution would be subject to an Omnibus Amendment, a twenty-first-century “reset” to restore viability, honesty, and functionality to democratic governance. Accordingly, the terms of the president and House and Senate members would be set at six years, staggered elections to the Congress would occur every two years, and no incumbent of federal office could stand for reelection. The electoral college would also be abolished, bringing the nation into the modern world of one citizen, one vote.

Federal election campaigns would be funded strictly with public funds and the time for federal campaigns would be limited to two months every other year. No federal campaign money would be available before that designated election period, and it would be illegal to campaign for federal office with private money. Additionally, no former federal office holder would be allowed to lobby and the Citizens United decision would be explicitly overturned and replaced with a ban on election funding and legislative lobbying with corporate or union funds.

The overall purpose of the Omnibus Amendment would be to rid the nation of a permanent governing class, and weaken the political parties to the point of their disappearance, as they would have no useful purpose in the citizen-based government provided under the amendment.

#5 Require Each Two-Year Congress to Balance the Budget.

A crucial component of the Omnibus Amendment would be a strict requirement that the federal budget be balanced within the two-year term of each Congress other than under a constitutionally valid declaration of war. Enforceability would be guaranteed by a monthly certification from the secretary of the treasury that the run rate of spending and revenues were on track to achieve the balanced budget requirement over the two-year term.

The certification would be signed by the president and the top officers of the Treasury Department, upon Sarbanes-Oxley-type criminal penalties for knowing misrepresentation or willful negligence. In the absence of certification, spending run rates would be automatically cut across the board to the estimated run rate of revenues.”

#6 End Macroeconomic Management. Separate the State and the Free Market.

The Keynesian predicate would be abolished by virtue of the Omnibus Amendment. Accordingly, the state would be separated from the free market by a sturdy fence. The outcomes of the latter in terms of wealth, living standards, GDP, jobs, housing starts, and shipments of container-board would be determined on the free market by the actions of consumers, producers, savers, and investors.

If there weren’t enough jobs, wage rates would tend to fall until there were enough jobs to balance supply and demand; that is, the free market would be in charge of job creation, not Washington and its crony capitalist gangs.

Tune in tomorrow for part II…