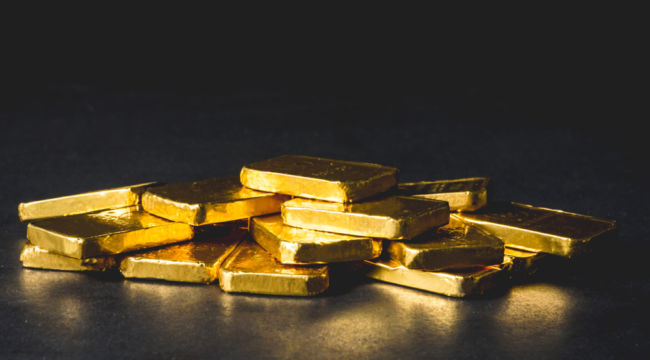 At that point, gold becomes a major force. Ultimately I expect gold to reach $10,000 an ounce or more. That figure’s not made up. I didn’t come up with it to be provocative. It’s a product of the actual math. It’s the number you get when you simply divide the money supply by the amount of gold in the market.

It seems unlikely now, but once expectations shift towards inflation, it can be dramatic. Modern Monetary Theory (MMT), for example, is gaining a lot of traction in Democratic circles. MMT is basically a recipe for massive money printing. If it ever comes into being, expectations could shift dramatically towards inflation.

I suggest you buy your gold at current levels — around $1,440 — and ride the wave up to much higher levels. It’ll protect your wealth in the days ahead. Like every market, it will fluctuate. Nothing goes up in a straight line. But you want to focus on the longer term picture. And I expect gold to be prominent.