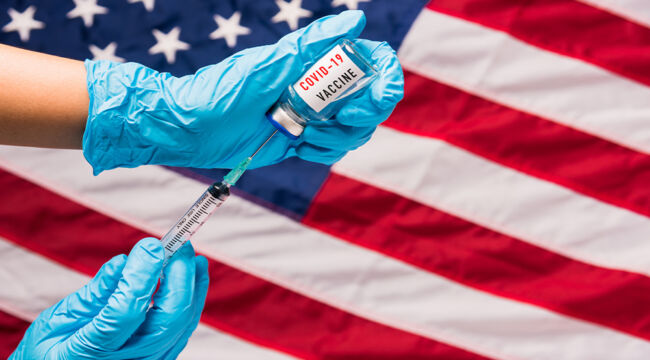 Thus reader Bruce reads us a sharp lesson in citizenship… and recalls us to our civic duties:

Your diatribe against the vaccines is most unfortunate. As a concerned citizen, I participated in a Novavax Phase 3 trial of a vaccine that will probably be approved shortly. When we started, none had been approved, but I seriously felt something was needed and wanted to help. Those who refuse to be vaccinated are a threat to the rest of society, no matter how you phrase “Freedom,” which is only socially acceptable if it is based on Responsibility!

The renegade must lay aside his individuality. He must become a member of the regiment. He must march in step.

That is: He must submit to the bodily invasion of alien genetic material. Society’s good requires it.

And it is our heart’s yearning that Bruce escapes his drug trial with a whole skin. It is, after all, an experiment.

The Civic Spirit of a Skunk

Your editor — unlike Bruce — embodies the civic spirit of a skunk.

He instinctively grazes against the grain of popular opinion. He distrusts crowds… and navigates invariably around them.

Perhaps the business is not entirely rational. It is more a reflex, as when a patient kicks the doctor hard when his knee is karate-chopped.

Yet rarely has your editor discovered crowds to be repositories of wisdom or intelligence. They push along on passion, under hormonal steam.

That is why you will often find us on our lonesome own.

And when we believe a crowd is under the spell of rogues, rascals, rapscallions… of brickheads, bandicoots and blackguards… of cads, clodpates and corruptos… of liars, lickspittles and lunks?

That is, under the spell of a Dr. Fauci and his goons?

We strike out on a line… 180 degrees the other way from that crowd… fast as two legs can deliver a man.

This we have done. We have run the other way.

For we believe Dr. Fauci, the public health authorities and government officials heeding their counsel have taken the crowd for a sleigh ride.

They have told us the one thing originally. They have then proceeded to tell us the opposite thing.

Your editor recently attended a company outing at a Baltimore drinkhouse. He stood primarily off to one side, aloof — as befits his temperament.

Yet this mandate was in force: To acquire a beverage from the bar, one had to place a surgical mask upon the face before lighting out.

One was likewise required to remain in this masked state for the homeward journey. Only when the round trip was concluded, once he was back among his fellows, could he expose his naked face.

Yet when transiting to and from the bar in 100% solitude, in 100% silence, wordless and spitless… the mask had to go on.

We filed a sharp grievance with the barman, attempting an appeal to his reason. But he informed us that the rules were the rules and that that was that.

But was it logic? If it was logic… it was a logic far beyond our comprehension.

We hazard it is likewise a logic that would stymie and stupefy Aristotle. It would wobble the poor fellow dreadfully.

Next we turn to the vaccines…

Alas, the weight of evidence sinks Bruce and his altruistic civics.

That is because vaccination does not block a man from acquiring the virus. Nor does it block him from disseminating the virus.

The unvaccinated therefore form no greater menace than the vaccinated.

Even the vaccine-drummers presently concede this point. They claim rather that it slashes hospitalizations and dyings — not that it meaningfully inhibits the travel.

A question of course arises: Why mandate a vaccine if it fails to jail the virus in, if the microscopic felon slips so easily through the dragnet?

We have yet to hear one answer that appeals to the logic centers. The answers generally reduce to this:

“Yes, you can still catch and spread the virus, which is why you must still wear a mask, even if fully vaccinated. But it is essential that you be fully vaccinated if we want to stop the spread.”

Yet the literature reveals the most vaccinated peoples of Earth are enduring the greatest caseloads.

The least vaccinated, meantime, are experiencing the lightest caseloads.

The reasons may be complex. They likely are complex. Yet the facts are the facts.

We were told the facts would be otherwise.

Another question: If the vaccinated must live in dread fear of the unvaccinated, what sort of vaccines are these?

A man inoculated against measles — for example — does not cower from his uninoculated neighbor.

He has his immunity, he does not feel menaced. Let the neighbor take his chance.

Meantime, the Centers for Disease Control cannot cite one solitary instance of the naturally immunized sickening anyone.

Our minions have further shown us medical literature indicating that the immune… who undergo vaccination… are 56% more likely to acquire the virus.

Why then must they endure vaccination?

Besides, it is now known these potions lose their oomph within months. The magic dissipates. Another dose is then required. It too will fade.

Yet they insist upon universal vaccination.

A 60-fold Increase in Adverse Events

Once again, we wish Bruce every success in his vaccine trial. We hope sincerely that it does not sicken him — or worse.

For example: Thoroughbred professional athletes have endured a 60-fold increase in incidents such as heart attacks in 2021.

Any professional athlete to endure such a calamity invariably rates mention in the sporting news. Thus the 60-fold increase in 2021 cannot owe to statistical cherry-plucking.

Meantime, subversives within the medical field report that the hospitals are bulging with the fully vaccinated. Many are down with rare and confounding conditions.

“The Most Dangerous Vaccines in Human History”

As of Nov. 1, 2021, there have been more adverse events reported for the COVID vaccines than for all 70-plus vaccines combined since they started tracking adverse events 30 years ago. That’s a stunning statistic, nobody can deny it, but nobody in the mainstream medical community (or mainstream media) seems to care much…

Here’s what the evidence shows:

The COVID vaccines are the most dangerous vaccines in human history. They are 800 times more deadly than the smallpox vaccine, which was the previous record holder. The vaccines have killed over 150,000 Americans and permanently disabled even more… For kids, it is estimated that we kill 117 kids for every COVID death we prevent.

The Pfizer six-month trial showed the drug can save one life for every 22,000

people vaccinated. It also appeared from the trial that the drug killed more people than it saved (there were 20 deaths in the treatment group versus 14 in placebo after unblinding). So we are “saving” fewer than 10,000 lives at the expense of over 150,000 deaths. In short, we kill 15 people to save one…

They can’t admit that they missed the signals now because that would be an admission they missed them before. So they will try to discredit this article with ad hominem attacks (this is a technique used to win an argument when you cannot win on the evidence).

Thus one wag — a certain Anthony Vera — quips on Twitter:

“What we really have now is a pandemic of people who can’t admit they were wrong.”

Are these naysayers correct?

If so… why do the American people continue to heed the “experts”… and take aboard their medical advice?