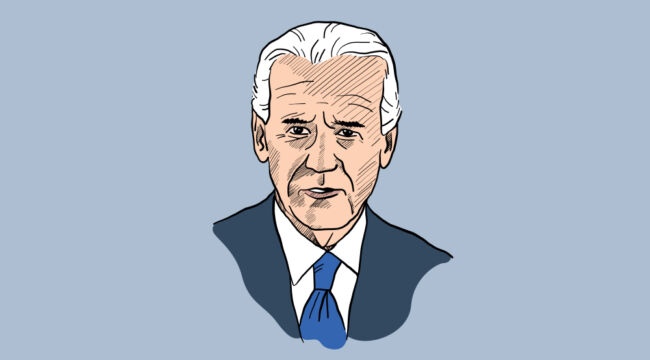 I told my readers several weeks ago about how Joe Biden and the Fed’s plan to develop the digital dollar is moving from the research stage to the development stage.

Well, the Biden administration has recently released the first-ever framework for developing a U.S. central bank digital currency (CBDC) system. In other words, “Biden Bucks” is getting closer to becoming a reality for us all.

(I like to call them “Biden Bucks” because I want him to take full credit for what I consider to be a crime.)

Essentially, I believe the U.S. dollar, the standard of the world since 1792, will be replaced by a new currency, the digital dollar. It’ll also have the full backing of the Federal Reserve.

What’s this mean for you? I’ve argued it before but I can’t say it enough…

It would basically subject your money to government control. “Biden Bucks” would create new ways for the government to control how much you could buy of an item, or even restrict purchases altogether. That’s because the government would keep score of every financial decision you made.

Imagine if the government decides that gasoline needs to be rationed to further advance the climate change agenda?

Your “Biden Bucks” could be made to stop working at the gas pump once you’ve purchased a certain amount of gasoline in a week. How’s that for control?

And in a world of “Biden Bucks,” the government will even know your physical whereabouts at the point of purchase. Also, if you give donations to the wrong political party or make purchases the government doesn’t like, maybe the IRS will take a sudden interest in you.

Who wants to be subjected to an IRS audit?

If any of this sounds extreme, fantastical or otherwise far-fetched, it’s not. It’s already happening around the world.

These kinds of “social credit” systems and political suppression will be even easier to conduct when “Biden Bucks” are completely rolled out in the U.S. In fact, it’s already starting. If you have a PayPal account, you can see that I was not exaggerating.

On Oct. 8, PayPal released an update to its user agreement that included a clause allowing PayPal to fine its users $2,500 for using the service to spread “misinformation.” PayPal quickly retracted the update and said the misinformation clause had been included in error (isn’t it always?).

In truth, this was nothing but a foreshadowing of life under central bank digital currencies.

They want to surveil us all and take our money for holding the wrong views. China has shown the world that it can control the whole population this way. PayPal was designated to be the test case.

The management at PayPal considers misinformation to be anything they disagree with even if facts and science are on your side. Well, here are some facts…

The COVID vaccines are not real vaccines; they are experimental gene-modification therapies that do not stop you from getting infected and do not stop the spread if you do get infected.

Masks don’t work because the SARS-CoV-2 virus (that causes COVID) is only 1/5,000th the size of the weave. The virus goes right through the mask.

There is no climate emergency. There is evidence that the 2020 presidential election involved extensive irregularities, including cheating.

A Test Run for Biden Bucks

Those are all facts. But if you say them, PayPal treats them as misinformation and threatens your account balance. PayPal’s terms of service show that providing “false, inaccurate or misleading information” is still on the list of prohibitions in their Terms of Service.

Misleading according to whom? Not only does PayPal threaten free speech, but they also lie about the threat when challenged. If PayPal can punish its users for speaking their minds, who is to say that the government can’t do the same thing?

I believe that the PayPal announcement was a test run of a new system of financial surveillance that could be woven into a central bank digital currency.

That in turn could be deployed to copy China’s social credit system of political surveillance and control.

The government can’t be trusted to do much of anything correctly. How can you trust them to keep your money secure once you are forced to convert it to a traceable digital currency? What happens if that digital currency gets hacked?

The government certainly isn’t going to bail you out like it did with the elites in the banking and auto industries.

Hackers recently stole around $160 million worth of cryptocurrency from crypto market maker Wintermute. This incident is only the most recent in a long-growing list of large crypto thefts so far this year.

In June of this year, hackers looted about $100 million from a so-called cryptocurrency bridge, again exposing a key vulnerability in the digital-asset ecosystem.

According to a recent article from CNN, “In the first seven months of 2022, a staggering $1.9 billion worth of cryptocurrency was stolen in hacks of various services, marking a 60% increase from the same period in the year prior, according to a report released from blockchain analysis firm Chainalysis last month.”

Threats to existing payment services — including operational disruptions and cybersecurity risks — would apply to a CBDC as well. Any dedicated infrastructure for a CBDC would need to be extremely resilient to such threats, and the operators of the CBDC infrastructure would need to remain vigilant as bad actors employ ever more sophisticated methods and tactics. Designing appropriate defenses for CBDC could be particularly difficult because a CBDC network could potentially have more entry points than existing payment services.

This part is truly terrifying:

Designing appropriate defenses for CBDC could be particularly difficult because a CBDC network could potentially have more entry points than existing payment services.

If bad actors can already hack crypto platforms with ease, what’s to stop them from hacking a CBDC network with more entry points?

What could this mean for you and your life savings? How can you protect your finances from being hacked by bad actors?

The Associated Press recently tried to fact-check me, saying that my claims are false, that the digital dollar has nothing to do with social control or the elimination of cash. The whole project is completely innocent and you can trust the government.

Yeah, OK. And I’ve got a bridge in Brooklyn to sell you!

Even the general manager of the Bank for International Settlements, which is known as the “central bank of central banks,” has admitted that CBDCs would give central banks “absolute control” of everyone’s money — and the “technology to enforce that.”

Who should you pay more attention to, some hack with the mainstream media who really has no idea what he’s talking about, or a true banking insider who knows exactly how the system would work?

Even The Economist has announced the rise of government-backed digital currencies, warning they will “shift power from individuals to the state.”

The Economist isn’t known for engaging in conspiracy theories.

You might not be able to fight back easily in the world of “Biden Bucks,” but there is one nondigital, nonhackable, nontraceable form of money you can still get your hands on.