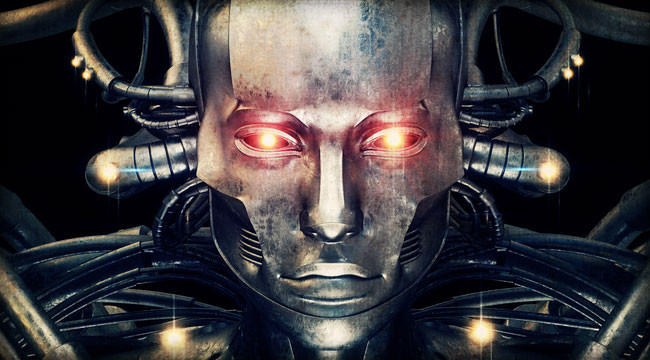 USCYBERCOM and the Fifth Domain of War

Heavy military funding of transformative technology is a recent phenomenon in human history. But it’s enough to clear a forecast for how cyber wartime may play out in the future.

Back in the old days, mil-tech came about through independent, craft-based work. Individuals would invent first and seek patronage later. Galileo, for example, attempted to promote the telescope as a military instrument to the Republic of Venice. The venture proved unsuccessful, but the wealthy and powerful Medici family did support his efforts to use the revolutionary new technology for astronomical studies.

The development of gunpowder-based weapons also demonstrates the move from a patronage-based system to rational planning and funding in military research. Gunpowder was used in 7th century China in search for an elixir of immortality, but wouldn’t be employed in Western warfare for seven more centuries.

Gunpowder had little impact on how battles were waged until 15th-century artillery and 16th-century firearms reshaped the organization of troops on the field — first from the feared tercio formations of the Spanish Empire, then from their eventual replacement by regiments. Such armed regiments not only brought more fire to bear, but were themselves less vulnerable to artillery. Repeating rifles, smokeless powder, long-range artillery and high explosives wouldn’t become the norm until World War I, when an inflexion point in military-funded technology indisputably became an indispensable feature of conventional warfare.

Believe it or not, some armies actually used cavalry in the beginning of WWI. The advent of the machine gun changed all that. It forced a reversal of the traditional advantage of swift-moving offensive tactics to the necessity of trench warfare. Thanks to the high attrition and strategic stalemate of the military doctrine of the era, national militaries would later turn to scientists and engineers for even newer technologies. Poison gas, nitrates and advanced explosives.

No wonder WWI is remembered as “the chemists’ war.” And it gave rise to more than chemistry-based technology. The application of scientific methods to weapons development impacted many other fields, particularly wireless communication. It set opposing sides on a race to develop more potent chemicals and device countermeasures.

That’s when the Air Force became an independent service branch from the Army and established its own research and development system, becoming what is today one of the most technologically advanced organizations in the world.

The Second World War, however, would far outdo the first in military funding for scientific research. Physics, electronics, radar, cryptography, meteorology, rocket science, aerospace engineering, materials science and biological sciences developed. And let’s not forget the secret nuclear research in the United States Manhattan Project that ultimately brought WWII to an abrupt end. Ever since, military leaders have viewed advancing technology as a critical element for military success… on through the cold war and the “space race” to now.

Today, we could be seeing a historic parallel between the establishment of the Air Force and the 2009 establishment of USCYBERCOM, a military command center for cyberspace operations that’s receiving heavy funding both “on the radar” and “off the radar”.

But here’s another historic parallel…

You may recall that the U.S. was completely unprepared for World War II, until the attack on Pearl Harbor forced U.S. military and private enterprise to scramble their resources together and cooperate en masse. The U.S. emerged from the Great Depression — during which the military was so undersupplied that troops performed drills with toy guns and wooden tanks — as a military superpower.

President Roosevelt was ridiculed when he called for the production of 50,000 planes in one year. But by 1944, three years after Pearl Harbor, the country was producing 96,000 a year. As the “arsenal of democracy,” the U.S. became a chief exporter of Allied weapons and war materials — including to the very undemocratic Soviet Union. Luckily, the unique geography of the United States meant that factories weren’t under threat of enemy bombardment.

Civilian employment jumped by 20%, and the gross national product — or all the goods and services produced in the country — doubled from 1939-1945. Companies and individuals made fortunes.

Our “Pearl Harbor moment” is happening now, even if not everyone realizes it. It’s the unanticipated attacks on U.S. digital infrastructure.

But there’s a key difference between 1942 and 2013. Now, belligerents aren’t immediately obvious. Unlike a bombing raid, attacks in the world of cyberspace are generally clandestine.

The battle lines are easily be blurred, as sovereign nations, countless regimes and rogue actors have begun to take sides and act either independently or in concert with one another. This has made for an extremely complex defense problem.

A Secret History of Cyber Warfare

Here’s what we’re up against nowadays…

In 2007, Russian hackers completely incapacitated Estonia’s national infrastructure because of tensions between the Estonian and Russian governments. For nearly three weeks, Estonia’s financial system and government resources were disrupted as more than a million “enslaved” botnet computers from 175 countries were hijacked for a coordinated attack.

This cyberattack not only turned Estonia’s IT industry into the country’s digital militia, but it also made developed nations sit up and take notice. Of course, it’s easy to think of Estonia’s infrastructure as small and that America easily has enough IT resources to handle a cyberattack, but that’s not necessarily the case.

The U.S. itself is no stranger to waging war in the cyberrealm. The Stuxnet worm, the most sophisticated piece of malware ever designed, is believed to have originally been created by the U.S. and Israel to deter Iran from progressing in their nuclear capabilities.

Unfortunately, Stuxnet has, in some respects, backfired. The computer worm broke out of Iran’s nuclear facilities, perhaps through an infected laptop that was connected to the Internet. The software, designed to propagate virally, spread beyond its intended target and across the Internet at large, infecting private computers and networks. Since then, it has spawned imitators who have exploited its code base for new attacks.

Let it not be said that there will not be collateral damage in the new domain of war!

But the largest target of all may be the U.S. itself. In May of this year, U.S. intelligence sources confirmed a cyberintrusion into one of the most sensitive databases of the nation’s physical infrastructure — the U.S. Army Corps of Engineers’ National Inventory of Dams (NID).

This single database details all the vulnerabilities of every major dam in the country — about 8,100 dams across our nation’s waterways. Now imagine a cyberattack on the network of a single major dam. Such an event could easily compromise the network and allow for malicious code to be planted inside — code that could later open the floodgates or lock them in place. Within minutes, the valley below could flood, with unimaginable consequences, including loss of property and life.

While the intrusion at the NID was discovered in May, intelligence reports show that the database was actually penetrated in January, five months before it was discovered. Further investigation suggests that this intrusion came from unauthorized users based in China. Of course, this raises new fears. Officials are now concerned that China may be preparing to conduct a future cyberattack on the national electrical power grid.

Some nations may even enlist the help of criminal organizations to carry out their cyberattacks. President Obama’s former cybersecurity coordinator, Howard Schmidt, recently said there was evidence that foreign governments were even taking kickbacks from local cybercriminals that target U.S. corporations — it’s a “quid pro pro for letting them operate.”

Now a foreign state can opportunistically soften up its targets, with little use of traditional military resources, under a guise of deniability.

The best thing you can do?

Load up on companies with cyber security technology. Cause you’re gonna’ need it!