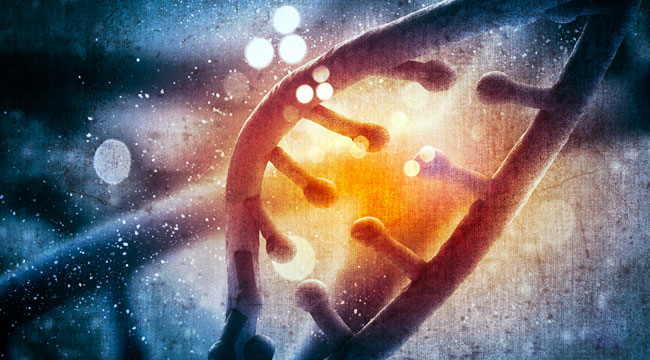 Writing The Hitchhiker's Guide to Your Genome, Continued

Finally, the promise of personal genomics is being realized. As you know, the cost of sequencing an individual genome has been falling rapidly over the last several years. This was predictable, and I did, in fact, predict it.

Though DNA sequencing is fascinating, I’ve never beforebeen particularly enthusiastic about the process, because the information gathered using individual genome analysis is incomprehensible even to most scientists. For a sequenced genome to be widely useful, a genome must be analyzed using the best and latest scientific information and the results translated into a form that is understandable and useful.

In yesterday’s Tomorrow in Review issue, I told you that Biotime’s subsidiary LifeMap Sciences had integrated the constantly updated information on genes and diseases. They did this by compiling this constantly updating information by the Weizmann Institute with BioTime’s cell development database. This move, as I explained, created the knowledge base needed to interpret and use the information generated via sequencing of the entire genome.

My original assumption was that LifeMap would create the data-mining tools needed to link sequenced genomes with its own real-time encyclopedia of biological knowledge. This would create a kind of Hitchhiker’s Guide to Your Genome that would finally make genome sequencing truly useful and profitable. My original assumption was wrong, however. The ultimate goal is the same, but the means in getting there is different…

I incorrectly assumed that LifeMap would create something like the Genome Analysis Toolkit, or GATK, created by the Broad Institute. The Broad Institute, as you may know, is a research group created by leading genomic researchers to collaborate on their shared goal of utilizing genomic information. Located in Cambridge, Mass., it comprises talent and resources from Harvard, MIT and other organizations that have been involved in the effort to tap the power of the genome since the effort began.

For LifeMap to create something like the Broad Institute’s GATK, however, would take significant time and resources. Moreover, such software would then have to be made usable, useful and scalable for massive numbers of users with many different needs. This, as software developers know, is a far more difficult task than it might appear.

Even more challenging would be the need to keep the analysis up-to-date as medical and genomic sciences accelerate. In short, it would require a “cloud-based” interface capable of providing dynamic analysis and information on a global scale. Obviously, such a project would take a while, so I’ve been prepared to wait several years before such a product became widely available.

Executives at the Broad Institute had, however, already foreseen the need for taking their GATK tools into “the cloud” for large-scale data mining. As a result, they licensed the for-profit uses of their analytical tools to one of the few “big data” companies capable of dealing with such massive genome-based data and programming challenges — Appistry.

While we don’t yet know the financial details of this partnership, I’m projecting that the BioTime/LifeMap share of revenues will be revealed to be significant. There are really three aspects to creating such a report.

One, obviously, is the physical process of genome sequencing. The second is the correlation of individual genomic information with the database of current scientific knowledge, which is what LifeMap contributes. The third is the data mining and report generation. If BioTime/LifeMap doesn’t get around a third of revenues generated per report, I would be very surprised — but that information will come out in time.

How big is the genomic interpretation business? A report by United Healthcare estimates that American spending on genetic testing and molecular diagnostics is $3-4 billion annually. Obviously, this number will grow as these processes become easier and more useful.

Keep in mind, however, that this $3-4 billion number represents only diagnostics performed on people who are suffering from one sort of disease or another. The yet-untapped market for genomic analysis, preventative medicine and life extension is potentially much larger.

We are very close to the point when genome sequencing will easily pay for itself by providing actionable information to users. That information might include warning of drug interactions, lifestyle recommendations and supplemental or nutritional advice. Clearly, we should expect recommendations for specific diagnostics based on genetic proclivities that could lead to earlier and more effective disease treatments. For the first time, it will be practical to tailor even basic drug therapies based on individual genomes. At some point, insurance companies will offer genomic analysis services, because it will keep their customers healthier and save insurers money.

As it turns out, BioTime/Lifemap has recently announced a partnership with Appistry to market reports that include LifeMap data to clinicians and researchers under a revenue sharing arrangement. Frankly, I’m stunned.

Since the race to decode the genome began, this one-stop shop for genomic analysis is the killer app we’ve been waiting for. I knew it was coming and that BioTime would play a major role in it, so I should have realized that there are smart people out there capable of drawing the same conclusion — as they have.

So the Broad Institute’s genome analysis tools will be linked to the LifeMap database of biological knowledge so that sequenced genomes can be interpreted and delivered by Appistry. Honestly, I’m having a hard time processing this development. I truly didn’t think we were this far along yet. This is historic not just for BioTime, but for medical science.

From this point forward, the process of sequencing and analyzing genomes will accelerate significantly. This will not only create major revenues; it will move medical science further up the hockey stick portion

I think the bottom line regarding this collaboration between BioTime and Appistry is that it establishes LifeMap as the gold standard for genomic information today. LifeMap could have built all the tools provided by Appistry and the Broad Institute. That, however, would take money and time, but we live in an era when “first to market” has huge, long-lasting benefits. Many important Web-based businesses, such as Google and Amazon, have no real IP protection from competitors. What they have, however, is momentum and the advantage of being first.

Revenues will allow faster expansion and modification of the LifeMap databases. Experience in this field will create additional opportunities for LifeMap and BioTime. This is important because BioTime/LifeMap is not prohibited from other collaborations by its agreement with Appistry. Moreover, it is important to remember that the Appistry genome reports will have links to LifeMap cards or pages, which will create additional marketing opportunities.

Obviously, we’ll have much more for you on this dramatic development in the future. Much of what will come out of this collaboration, however, is not yet known. As soon as I can, I intend to have my genome sequenced and analyzed.

Patrick Cox
for Tomorrow in Review