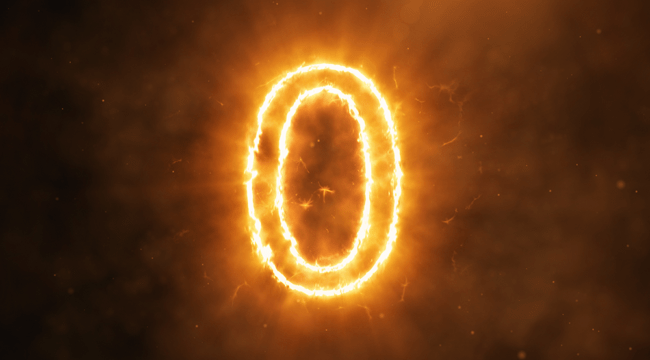 Yesterday we alerted you to the marching prospect of a “hidden” global tax, presently gaining pace.

It has you centered within its crosshaired sights.

It’s already embedded every time you click on Google Flights. Switzerland’s largest online marketplace (their version of Amazon) is already charging this tax. Every single Amazon product will have this tax…

Perhaps you wonder how this unseen and unavoidable tax menaces your financial affairs.

You do not book aerial passage through Google Flights. You conduct limited trade — perhaps no trade whatsoever — through Mr. Bezos’ commercial empire.

Your transactions are largely local transactions… in the rural precincts far distant from the sinful cities.

You therefore consider yourself exempt.

Yet have another guess… as Mr. Katusa argued yesterday… convincingly. You cannot duck your head beneath this tax:

Again: It is “just a matter of time before nearly every asset will be out of the average person’s price reach.”

Could he be correct? And what precisely is this “tax”?

This tax — this tax that will price every asset beyond the fingertips of John and Jane Doe — centers upon climate.

It is a war for control of the atmospheric heights, a war over the chemical composition of the air above.

It is a war waged in pursuit of net zero carbon emissions by 2050.

Climate change is reshaping the investment landscape. The data is published, fact-checked, endorsed and written into law, whether you like it or not.

The world’s elite, business leaders, heads of state and decision-makers have never been more coordinated.

This is World War Zero. And it’s about to hit the world by storm.

Mr. Katusa gives the strong impression of inevitability, of the stamped deal, of a thing etched in concrete. Is it?

The Costs of War

And as Mr. Katusa notes, the United States required some 150 years to lay in its existing — or, if you prefer, its current — electrical infrastructure.

And to attain net zero ambitions?

Carbon net zero will create the largest government work projects in history — and on a global scale… To meet the net zero goal, the entire system needs to be overhauled in 20 years.

Twenty years? “Impossible!” you shout. More to the point, insane. As well draft blueprints for sandcastles miles overhead in the high blue sky.

Perhaps you are correct. You are almost certainly correct.

A War of Choice

We are far from convinced “World War Zero” is a war of necessity. From where we sit it is rather a war of choice, an extravagantly costly war of choice.

We do not believe carbon dioxide — the breath of man and the food of plants — constitutes a planetary menace in present or projected amounts.

Whatever theoretical bellyaches it may give can likely be treated through reasonable accommodation.

And like most wars of choice, this war will end in griefs, in tears, in miseries. Alas, it may run 30 years if the warmongers are accurate.

Europe’s Thirty Years’ War of the 17th century was a hell-scene, an oceanic bloodspill.

We hope this prospective Thirty Years’ War of the 21st century is not its economic equal.

Yet the calamity howlers, the hand-wringers, the sob-mongers, the humanitarians with guillotines, the authoritarians, the tyrants, the one-worlders, the planners, the pettifoggers, the pecksniffs, the think-tankers, the propaganda-spitters, the rent-seekers, the crony-capitalists, the idiots useful and non-useful… they are hot for it, they are yelling for it.

This bumblebee they have buzzing beneath their bonnets. It is the hobby horse they ride. And many of them wield vast policy influence.

As one very connected and influential insider just told me, “Every single fund manager, investment banker and family office I’ve spoken to wants to jump on board.”

But as Mr. Katusa explains, they are stymied and frustrated:

“The problem is — they have no idea how.”

Your Spot at the Head of the Line

Yet Marin Katusa believes he has shoveled up “the single best way to invest in this sector.”

More importantly perhaps, he is offering you a slot afront the line… ahead of the straggling crowd… to be among the first in once the usher lifts the velvet:

Here he sets the scenery:

Imagine going back in time on the adoption curve and investing in Bitcoin back in 2011, or buying Amazon in 1995. This brand-new commodity could very well eclipse each of them…

This is one of the hottest sectors you will ever see in your lifetime. It’s a brand-new, little-known commodity sector, which, over the last three years, has crushed the Nasdaq, gold, the S&P 500… even Bitcoin. But the absolute best part?

It is very early in this game.

A Major Investment Theme for the Next Three Decades

I can practically guarantee you will not hear about this opportunity from anyone else. It’s one of the most important pieces of research I have ever produced. The war-era spending taking place to react to climate change will irreversibly alter the investment landscape.

And this is going to be a major investment theme and movement for the next three decades.

There are few, if any, investment angles to play this sector right now — which is in its absolute infancy.

If you don’t prepare yourself for what’s coming — slow at first, and then at lightspeed — you will find it difficult, if not impossible, to adjust.

And so the stakes, argues Mr. Marin Katusa, are Himalayan in height.

What can you do to keep ahead of the climate tax for “World War Zero”?

And is the investment right for you if you reject the theory of climate catastrophe?