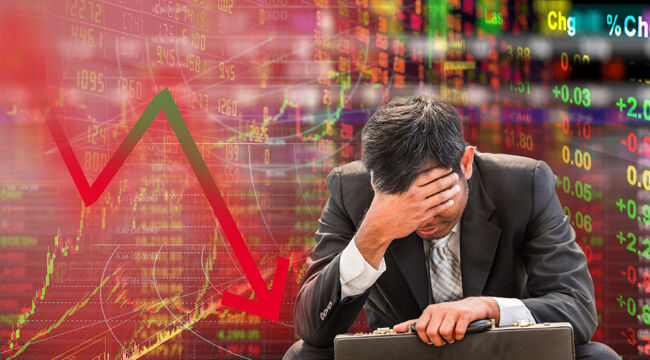 “To everything there is a season,” Ecclesiastes informs us — winter, spring, summer, autumn.

We must assume economies, stock markets — perhaps civilization itself — offer no exceptions.

They too must roll in rhythm with the cycling seasons.

A season may run for months. Or Years. Decades. Centuries.

Today we turn our focus from the passing weather. It is the long view, the overall view — the seasonal view — that commands our attention.

Only in 1954 did stocks thaw to pre-freeze levels.

Between August 1982 and December 1999, compounded real returns on the Dow Jones ran to 15% per annum.

Chill northern gusts occasionally blew on in — as in 1987. But they blew out as rapidly.

Investors believed they had discovered something approaching perpetual summer.

Yet summer yields inevitably to winter. Indian summer may delay winter’s onset, it is true. But soon or late, Mr. Jack Frost pays his visit.

The fiercest blast of all tore through in 2020, out of China.

But the Federal Reserve dialed the furnaces to blistering levels…

Is it summer once again for the stock market?

Consider: By spring 1930, the stock market had made good many of its October ’29 losses.

Yet these proved fleeting thaws between deep, deep freezing-overs.

Perhaps this post-pandemic recovery is merely a transient, artificial thaw.

Prepare for a Freeze

The stock market has been very generous in the past 13 years. The S&P 500 is six times higher than the financial crisis low of 2009 and every decline since proved to be an opportunity to buy. But the market generosity may have reached its limits. Historically speaking, U.S. stocks as an asset class are as expensive as they have ever been…

Adjusted for inflation, the price of the S&P 500 index is… in fact higher than during the “irrational exuberance” days of the late 1990s’ dot-com boom, which was followed by a two-year dragged-out 50% slump from its peak.

Are you prepared for a 50% stock market freeze? If you are retired — or nearing retirement, you likely are not. Here is a warning of ice:

And if one were to look for a reason why the next likely direction is not upward, it would be that the regime that supported increasingly expensive stocks is no longer in place.

That is, the Federal Reserve is preparing to work the furnace settings back. Rate hikes and quantitative tightening are in immediate prospect.

Can the market warm itself, spark its own flame? We are not confident it can.

Given present stock market valuations… how long might winter last?

“Starting from this level, stocks are likely to disappoint over the next 20 years.”

Twenty years? That is correct:

Yet as we have stated before: Climate is what you can expect. Weather is what you actually get.

Yet all indications run the other way…

The Daily Reckoning’s Charles Hugh Smith argues winter may be closing in.

Charles leans on the work of historian Peter Turchin. This fellow explores historical cycles of social disintegration and integration over 50-, 150- and 200-year cycles in his civilization almanac, Ages of Discord.

Turchin identifies three primary forces pushing these cycles: an oversupply of labor that suppresses real wages; an overproduction of parasitic elites; a deterioration in state finances.

These cycles are as natural as the seasons — and perhaps as inevitable.

Real American wages have held essentially flat for decades. Evidence suggests the bottom half of American adults earn no more than they did in the 1970s.

An overproduction of parasitic elites? We append no comment.

A deterioration in state finances? The Treasury groans under a $30 trillion national debt that is growing — daily.

We could continue… but mercy forbids it.

We would outfit you with the appropriate garments, to guide you to the safer places, to help see you through.

How can you prepare yourself for approaching conditions?

This man is an accomplished entrepreneur and investor who has deeply studied the political, economic and social cycles of history — and how they all tuck together. From whom:

One of the Most Tumultuous Times in History

The implications may flabbergast and astound you.

This Thursday our co-founder Addison Wiggin is hosting Mark Moss for a “must see” interview. Mr. Moss will show you where we were… where we are… and where we will be tomorrow.

And he will show you how to invest accordingly.

Summer, winter… we do not know which will prevail ultimately.

The Horae — the Greek goddesses of the seasons — are fickle and capricious beings.

We have our winter apparel ready. Do you? More tomorrow…