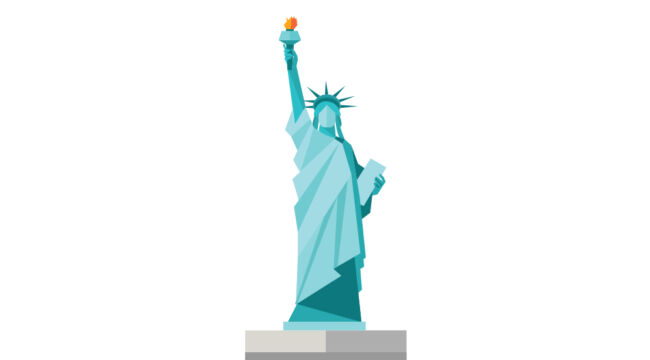 Will We Reclaim Our Freedom?

Even now, in the land of the free, people are being pressured to accept the shot or get fired. We all have unvaccinated friends who want to visit us but cannot because the U.S. government blocks them.

Our health authorities have only expressed regret in one area: for not having locked down more. And they are creating a bureaucratic machinery to make doing so next time more ferocious and better enforced.

All of this is taking place without a scrap of evidence that any of it makes any scientific and/or medical sense. The scientists who resist have been canceled. Only one view is permitted to ascend. Everyone with doubt is being marginalized and silenced.

Congress itself became addicted to authorizing trillions in spending, and they keep doing it again and again. This adds pressure on the Federal Reserve to enter the markets and buy the resulting debt with freshly printed money just as rates are being pushed up to clean up its disastrous balance sheet. No one knows, least of all the Fed, how long this grueling inflation will continue but regardless, the damage is done.

Not only have these markets not recovered from lockdowns. The trends are getting worse, with fully 1 million dropped out completely from the labor force since March 2022, which is highly suggestive of a demoralized workforce lacking in ambition and hope for the future.

Wages and salaries in real terms are falling more than the nominal rates can cover. There is a debate about whether we are in a recession because the GDP has fallen for two straight quarters. But looking at the broad trends, there can be no mistaking what is happening.

American prosperity is fundamentally threatened. The relationship between freedom and prosperity is one of the most well-established truths in economic literature. It should not be surprising that both decline in tandem.

Complain too much and you will find yourself without a voice on social media. The tech companies developed a deep relationship with the administrative state over the last two years, corresponding with each other, sharing insights, making enemies lists and silencing dissidents of all sorts.

Clearly, the lockdowns did not achieve the goal, as the virus came and has gradually become endemic regardless of external interventions including mass vaccination mandates. What they did do was test society’s tolerance for despotism. Tragically, they got away with it all, much more easily than most of us might have expected.

Even now, even though the ruling class has never been less popular with the public, too many have adapted to the new normal. It’s like the frog in the pot of water, becoming acclimated to the gradually rising temperature.

For many people, this is by necessity: What, after all, can anyone really do when freedom is slipping away and even core functioning of civilization (safe streets, vibrant cities, class mobility) is something we can no longer take for granted?

Let history record that lockdowns triggered this. All of it. Yes, there were problems before but they seemed within the realm of fixable. There appeared to be in the old days (three years ago) some relationship between public opinion and regime priorities. That was blown away with lockdowns.

Now it is no longer clear whether and to what extent public opinion matters at all to the masters and commanders of our societies. They are leading us to ever greater crises and yet we feel powerless to do anything about it.

In the most incredible of ironies, it was Trump himself, now targeted for destruction by the bureaucrats he sought to control, who enabled this in the dreadful year of 2020. Realizing but never admitting his error, he flipped in the other direction late in the season, arguing for openness and normalcy.

But it was too late. He already lost control, as Deborah Birx’s book makes clear. The deep state that he had loathed needed to prove its hegemony. This raid on his own home underscores the point.

One read of history is that such times lead inexorably to the forward march of tyranny. Certainly interwar political history teaches us this. The crisis in Germany began in an economic crisis that cried out for a strongman, but Germany was hardly alone in this.

The same inexorable push toward centralization and against freedom took place the world over in those horrible years: Spain, Italy, France, China, the U.S.

Read the popular and scholarly literature from the early 1930s: Freedom and democracy were out and central planning was in. I read all of this in college and was grateful that those days were gone forever.

We are so much more enlightened now! How wrong I was.

The same themes are back again today as entrenched elites clamor to hold on to power regardless of public opinion.

In the 1930s, the extremist political left threatened many countries and the extremist political right arrived to prevent that from happening and then erected their own despotisms, always under the cover of emergency. It became a kind of civil war between two opposing camps with their own plans for people’s lives. Freedom was lost in the struggle.

We had hoped those days were long behind us. But the allure of power has proven too tempting for the worst among us. We are all watching as all the things we love — the way of life that many generations have fought to protect — are being swept away. And it is happening with not nearly enough explanation or protest.

These are not the most terrifying times in history but they are among the most terrifying in our lifetimes in the West. Where are the parties and movements that defend freedom as a first principle? Where are the successors to Voltaire, Locke, Goethe, Paine and Jefferson, among the many great thinkers who sacrificed so much for the liberal vision of a social order in which people manage their own lives?

Such people are here, many of them producing articles, books and podcasts to get around the opinion cartel being built by censors public and private.

What difference can they make and how? This much is true: What man has made man can unmake and make something new: a new Magna Carta, whether formal or de facto. The urgency has never been more intense.

A state without an acquiescing populace is powerless in the end. But not without struggle. And that struggle is ultimately an intellectual one. It’s about what we believe and what kind of society we want to live in.

Our prayer today should be for freedom above all else, a society and a world in which powerful elites do not rule the rest of us and forever fight amongst themselves for the right to do so, with the people deployed as fodder in their struggles, and while hope and prosperity slip ever deeper into memory.

These are very dangerous times, with a toxic mix as backdrop: a growing economic crisis, a spitefully supercilious ruling class and a vengeful administrative state determined to crush all enemies before it.

Something has got to give.

May the USA defy the historical odds, find its way back to simple liberty and begin to restore what has been lost so dramatically and so quickly. Otherwise, all truth will be declared a state secret and our homes will never be safe from invasion.