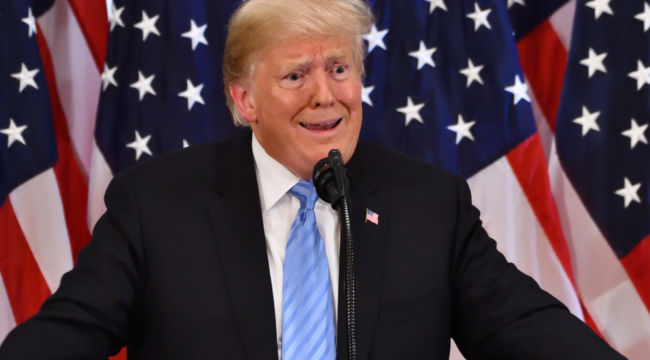 Will Trump Be Impeached or Not?

Congress is gearing up for a new impeachment proceeding against President Trump. Normally, the first question in a case like this is, “Why is President Trump being impeached?” But this case is so confusing that we have to ask another question first…

“IS President Trump being impeached?”

If that question seems ridiculous — how could you not know if impeachment is even taking place? — it’s not. The exact status of the impeachment of President Trump is completely opaque.

There is no question that a large group of Democrats in the House of Representatives want to impeach Trump.

The Democrats don’t need Republicans, but they do need each other and that’s where things get complicated.

Depending on the latest survey, approximately 175 Democrats are firmly in favor of impeachment. In the 2018 midterm elections, the Democrats captured 31 seats in districts that formerly voted for Trump. These and other gains flipped the Democratic caucus from a minority of 196 to a majority of 234.

The problem is that almost all of those 31 first-term Democrats are moderates in districts with a substantial number of Republican voters. Going along with impeachment could be political suicide.

If you remove those 31 votes from the 234 Democratic seats, you only have 203 potential votes for impeachment, which falls short of the 218 votes needed. Assuming no Republican support and further assuming no smoking-gun revelations about Trump, it appears that the Democrats simply do not have enough votes even in their own caucus to impeach Trump.

Still, the analysis doesn’t end there. There may be new revelations that hurt Trump as we saw with the allegations about conversations with the Ukrainian president about potential corruption investigations involving Trump’s rival candidate Joe Biden. That turns out to have been enough to sway more than a few of the moderate Democrats.

One should also not discount the effect of peer pressure. If 10 or so of the moderates come over to the impeachment side, the pressure on the remaining 21 will increase accordingly. There is safety in numbers. As more moderates move to the impeachment camp, the pressure on the holdouts becomes unbearable. They can fall back on an “everybody’s doing it” defense with their own constituents. A trickle can turn into a flood.

And one cannot underestimate the impact of political muscle. Organizations such as Need to Impeach funded by billionaire presidential candidate Tom Steyer have threatened to back progressive primary challenges to any Democrat who does not support impeachment of Trump.

It’s one thing to risk losing to a Republican in a general election. It’s another to be outflanked by your own party in a primary election.

That’s how Alexandria Ocasio-Cortez beat top-ranked Democrat Joe Crowley in a primary election in a safe Democratic district in New York in 2018. Crowley never saw AOC coming. Now he’s out of Congress. Freshmen moderate Democrats fear the same result at the hands of progressive billionaire-backed challengers. That may be enough to get them on the impeachment train.

In short, the sentiment of the House Democratic caucus is in a state of flux with enormous external pressure in play. The 31 additional Democratic votes needed to get to 218 may not be as far out of reach as it seems.

The headcount is not the only opaque facet of the impeachment puzzle. There is a serious question of whether impeachment is even happening or not.

If you ask House Speaker Nancy Pelosi, she is trying to have it both ways.

On Sept. 24, the speaker announced that the House is pursuing an “impeachment inquiry” through a number of committee investigations. Yet she stopped short of saying that formal “impeachment proceedings” had begun. That might seem like a small semantic difference, but it’s not.

Whatever your views of the speaker’s politics, all political observers agree that she is highly astute when it comes to the political process and what works and what doesn’t. She knows that an impeachment will only help Trump’s chances at reelection in November 2020.

Trump’s base will be enraged and Republican turnout in 2020 will be amplified. This could assure Trump victories in the critical swing states of Pennsylvania, Michigan, Ohio and Wisconsin, which Trump won in 2016. It could even tip new states to the Trump column including New Hampshire, New Mexico and Minnesota.

Even worse, moderate Democrats could lose House seats because their constituents from both parties disfavor impeachment. This could cost Democrats the control of the House and cost Pelosi her role as speaker of the House.

The speaker is playing for high stakes and wants to avoid impeachment at all costs unless Republicans switch sides and favor impeachment also. That’s highly unlikely.

Still, the Democrats who favor impeachment have their own political calculus. They come from safe districts and have no fear of losing to Republicans in a general election.

The bottom line is that there is much more uncertainty than certainty right now when it comes to impeachment.

Markets are more resilient than many observers believe. Markets can deal with good news and bad news. They can rally strongly based on good economic news and “animal spirits” and they can correct sharply when the economy turns down. Still, investors can survive both. You can even make money in bear markets if you can spot the few winners, short the losers and move to cash.

There is only one condition that markets do not handle well — uncertainty.

Here’s what will happen.

The House will proceed vigorously with impeachment whether they call it a “proceeding” or not. They will take testimony, produce witnesses, jump to conclusions and do everything possible to damage Trump. This will be a major headwind for stocks between now and December.

If impeachment results, the Senate will acquit Trump quickly in late January 2020. That could prove a catalyst for higher stock prices and even drive the stock market to new highs.

Bottom line: Stocks will be under pressure because of political uncertainty for the next two months. A relief rally will emerge in mid-December or late January. Investors who are nimble can profit from both moves.

The best shelter for investors in a high state of uncertainty is to increase allocations to gold, U.S. Treasuries and cash while reducing exposure to stocks.