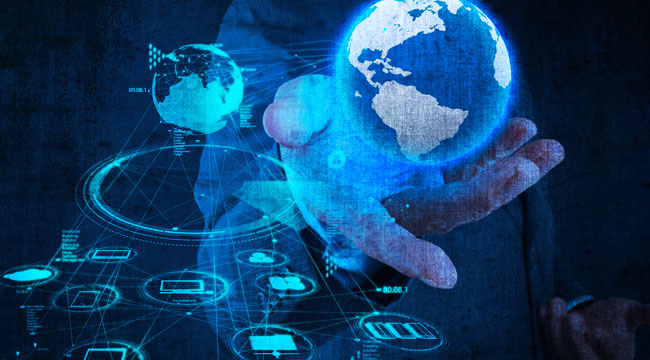 Why You Shouldn't Be Afraid of Technology

“What we sell are personal drones,” Anderson told us during our interview this spring.

His firm’s products weigh 2 or 3 pounds and fly under 400 feet, so they don’t interfere with aviation. The applications are nearly endless: “There’s some of the obvious stuff: search and rescue, a lot of sports, Hollywood stuff using a kind of extended camera boom.

“But then there’s stuff like agriculture, which is just sort of recognizing how little farmers know about their crops and how important it would be to get a kind of a daily aerial shot. You’d use less chemicals, adjust water, harvest at the right time, spot outbreaks, reduce outbreaks more quickly.

“We don’t sell to the military, we don’t sell to the government; we sell to regular people, and we hope they will find applications and, in a sense, recontextualize what drones are for and change the definition of drone, at least the public perception, from military weapon to useful tool that we see every day doing something nonthreatening.

Anderson points to earlier technologies pioneered by the military-industrial complex. “We the people figured out what the Internet is for. Originally a military network, now it’s something that we all control. We the people will figure out what this kind of robotics is ultimately for, and hopefully, 10 years from now, we’ll forget it was ever a military technology.”

This trajectory, he suggests, is common to all new technologies. “When the computer was first in the popular consciousness, there was this issue with Big Brother. It was like, ‘The computers will be used to spy on us,’ and it was really scary. I mean it was very overwhelming. When the Internet was first deployed, again it was the information superhighway; there was a highway that was going to be used by big companies to, again, enslave us. 3-D printing is another example. Right now you say 3-D printing and invariably, people say, ‘What if people print guns?’

“This is just a phase Drones started in the military, and they’re being used to kill people. So it’s very easy for people to project to that same terrifying vehicle over our own skies, and that’s almost certainly not going to happen. When we hear about a new technology, we tend to quickly jump to the worst, scariest applications. Only once we’re overwhelmed by this flood of nonscary applications do we start to see it as it really is.”

David Gonigam
For Tomorrow in Review

Unleash Superhuman Powers From Your Own Cells

Yesterday we brought you Patrick’s eye-opening report on the medical breakthrough of a lifetime. Today we dive a little deeper, including introducing one chart proving we could be steps away from reversing the process of aging.