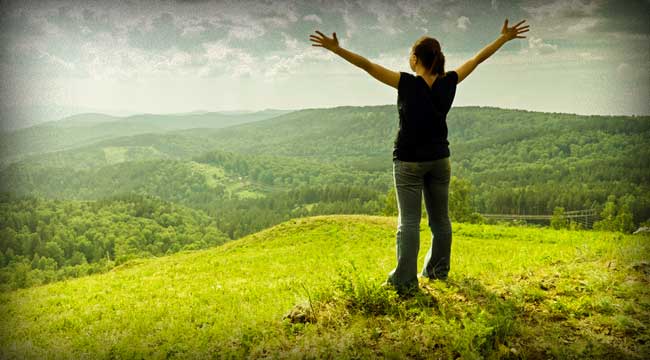 Why You Should Take Your "Health" Into Your Own Hands

If you’re a typical American family, your “health” will set you back $20,728 every year. That figure comes gratis of Milliman, a benefits consulting group. A base-model Toyota Camry… the typical family’s most-popular make? It costs $22,055.

Milliman’s numbers account for only the premiums and out-of-pocket costs. Heaven forbid you actually get sick.

Back in 2006-07 while researching and filming our documentary I.O.U.S.A., we made the intimate discovery that health care for an aging society… not just, but mostly in the United States… is by far the biggest driver of deficits, debt and default — for families… and businesses… corporations… and the entire nation.

“In America,” wrote an expatriate in an email, “workers are held hostage to jobs they hate because working independently or taking early retirement means no access to health care unless you are willing to pay $1,000 a month for insurance. International health insurance costs me less than $100 a month.”

Last July, the Supreme Court decided that the Frankenstein piece of legislation known as “Obamacare” jibes with the vision of the Founding Fathers. We all know the end result. The federal government can now force you to buy health insurance from a private company.

The trouble for you… and me, frankly…. is more profound. Let’s say you don’t give two proverbial defecates about the politics of the situation. Let’s also say you’re trying to figure out how to deal with the rising cost of education, food, gas, heat etc., all while your stock investments and house “value” decline… what are you supposed to do?

Unfortunately, the only thing up for debate in 2009-10 when the Patient Protection and Affordable Care Act was being hashed out in closed-door committee hearings was by what means the government would enable insurance and pharmaceutical companies to fleece patients and taxpayers. So now we’re left to our own devices.

The good news? You don’t have to expatriate to take your health care into your own hands. While we can’t possibly address every issue on our plate at the moment — the Fed, Goldman Sachs, two-party electoral charades, spoiled milk — we can address one critical item.

We’ll expose the scams that make U.S. health care the costliest in the world.

New Yorker Beverly Weintraub is one of the “lucky” ones. She has employer-provided insurance.

Last year, her teenage son choked on a piece of turkey. He spent four hours in the emergency room — a physical exam, sedation, endoscopy and removal of the offending poultry.

For these services, the hospital billed her insurance company, Aetna, $22,214.92.

Aetna agreed to pay only $2,885.67. And the hospital cheerfully settled for that amount. Ms. Weintraub was out of pocket about $800.

“How could those numbers possibly be reconciled?” she wrote. Being employed as a reporter for the New York Daily News, she set out to find answers.

What she found first is that her story is commonplace. “There are the sky-high costs that a hospital will claim reflect its expenses, and the much-lower fees it accepts under contract with insurance companies.”

“What’s missing from this complex web,” Weintraub writes, “is any hint of what the services a patient received actually cost.”

That’s by design. For the U.S. health care system is yet another mechanism of “extraction.” “Washington’s empire,” economist Paul Craig Roberts reminds us, “extracts resources from the American people for the benefit of the few powerful interest groups that rule America.”

The health care complex is surely one of the most powerful… and the utter lack of “price transparency” is what allows them to retain that power.

“The rates that insurance companies pay,” Weintraub writes, “are negotiated based on what they believe a hospital’s true costs are. But then those rates are jacked up an average of 30-50% to make up for money that hospitals lose in treating patients who don’t have private insurance — which is the majority of them. So to make up the difference, they overcharge patients who are insured. This practice is called cost-shifting.”

The first scam is called “uncompensated care.” To understand how it works, it helps to know a rough breakdown of who is treated in a typical hospital:

At the end of each year, many hospitals collect money from an “uncompensated care pool” — funded by federal and state taxes and typically administered by a state government. “That creates the perverse incentive for hospitals to issue fictitiously insane bills,” says Dr. Smith.

“Let’s say they charge $100 for an aspirin for which they pay a penny. They collect $5 [from insurance], and claim they lost $95. That $95 goes into the ‘uncompensated care’ pool and helps them get this rebate at the end of the year.” It also, Smith explains, helps many hospitals maintain the fiction of not-for-profit status.

If you’re a taxpayer, you pay for this.

The second scam involves the insurance scheme known as preferred provider organizations, and is called “PPO re-pricing.” Here too there are perverse incentives: Insurance companies, contrary to popular belief, have zero desire to keep costs to a minimum. “The bigger the bill the insurance company receives, the more money they make,” says Dr. Smith.

If you have employer-provided health insurance, you pay for this. Were it not for the insurance company’s cut, you’d have a bigger paycheck.

We ran across one recent instance in which the “extraction” carried out by the healthcare industry is literal.

“Dental management-services companies,” many of them backed by private equity, are cashing in on Medicaid spending for dentistry — which exploded by 63% between 2007-10.

Result: Medicaid-eligible kids are pulled out of classrooms and undergo dental procedures without their parents’ knowledge or permission. “I was absolutely horrified,” Stacy Gagnon told Bloomberg. The Camp Verde, Ariz., mother was shocked when her 4-year-old son came home from school, having undergone two baby root canals, received two crowns and 10 X-rays — none of which she says he needed.

This practice is so blatant — and costly — that in some cases, the bureaucrats are intervening. “Management companies are at the center of a U.S. Senate inquiry,” Bloomberg reports, “and audits, investigations and civil actions in six states.”

Meanwhile, “the only people who are actually billed such astronomical sums are the uninsured,” says reporter Weintraub, citing figures from Medical Billing Advocates of America.

“If an uninsured patient can pay even a fraction, it will still far exceed the cost of treatment. So hospitals will gladly settle for a lesser amount — and may even helpfully offer a payment plan or high-interest loan.”

If you have no insurance, you pay through the nose. Little wonder that medical bills are the catalyst for 60% of personal bankruptcies, according to a 2009 study in The American Journal of Medicine.

Which gets us back to this question: What is the actual cost of that “$100,000” procedure? About $7,000-8,000. For everything. Including the facility, surgeon and anesthesia charges.

That’s what Smith would charge you at his outpatient surgery center in Oklahoma City… a lone outpost of “price transparency” within U.S. borders.

Smith and his facility are one possible solution if you want to break free of the whole sordid cost-shifting system. But if you need a procedure that requires more than a one-night stay, you’re out of luck. No open-heart surgery or major abdominal procedures there.

So it won’t solve all our problems, but at least it’s a start.

Ed. Note: The U.S. health care saga continues. And as it does, readers of The Daily Reckoning email edition are better-prepared than most. Subscribers are given regular opportunities to safeguard and even grow their wealth despite the idiocy of the regulators. If you’re not yet receiving The Daily Reckoning email, you’re only getting half the story. Click here now to sign up for free.