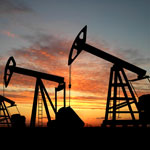 Why You Should Oppose the Keystone XL Pipeline

There is one reason why you should oppose the proposed $5.3 billion Keystone XL Pipeline. And it has nothing to do with “green religionists,” as The Wall Street Journal calls the opposition in today’s paper.

This pipeline would connect the oil and gas producers in Western Canada with various U.S. endpoints. There are all kinds of economic benefits for a new pipeline. You’ve probably heard about the 16,000 jobs, for instance. I’m not disputing the supposed benefits.

“Certainly no one can say that the inviolability of private property is protected by the government. And when government confers this power on a particular business, it is conferring upon it the special privilege of taking property by force.”

The latter is what’s happening here. There have been many eminent domain actions against property owners in Texas, for example. One of the most famous is the case of the 78-year-old grandmother, Eleanor Fairchild. Police arrested her and threw her in jail for a night. Why? She was trespassing — on her own farm! A Texas court condemned the property at TransCanada’s request after she refused to sign over her property. They seized it anyway.

There are many more such stories. All you have to do is Google “TransCanada Pipeline” and “eminent domain.” You will find a long trail of news stories covering the struggles of property owners against the thuggish oil company and its bullying government henchmen. You’ll find the pepper-spraying protesters, threatening letters and other nastiness. And you’ll find TransCanada stealing a lot of property.

Here is an excerpt from an article from the Austin-based Statesman:

“The pipeline’s southern segment doesn’t require an international permit. It crosses about 800 tracts of land in Texas. According to The Associated Press, TransCanada has claimed eminent domain to condemn more than 100 of those tracts — an unusually high condemnation percentage (about 12.5%) for a pipeline project in Texas.”

Proponents of the pipeline overlook all this.

Even The Wall Street Journal, in today’s editorial “No More Keystone Excuses,” doesn’t even mention the word “eminent domain” at all. Instead, it paints the opposition as a bunch of loony lefties who “want the world economy to run on windmills and solar panels.”

Shame on The Wall Street Journal.

Shame on them for saying nothing about the ranchers and farmers who don’t want to give up their land. I can’t imagine a more American cause than the simple defense of someone’s property.

And don’t bother writing me emails telling me all the good the pipeline will do. I don’t care. I don’t care if 99 people benefit and one guy gets the shaft. I’m for that one guy. What is liberty if not for the minority against the majority? It is nothing. If a minority of one cannot make his legitimate rights stand up against the onslaught of majority opinion, then those rights are a legal fiction and there are no rights for anyone.

I also don’t care how unintrusive the pipeline may seem to you. If a property owner doesn’t want to grant the right-of-way, then that is the end of the discussion. It doesn’t matter if the pipeline is largely hidden or takes up only a tiny percentage of a ranch or farm.

In my view, the government should have nothing to do with the pipeline.

If TransCanada wants to build a pipeline, then it should be able to build that pipeline — provided it finds other consenting parties to grant it the required easements. If not, then too bad. That is the price of liberty. The oil will have to find some other way to market, or perhaps never will.

And here, at least, the Journal and I can agree. As the editorial says:

“If the Alberta oil doesn’t flow south to America via the Keystone XL, it will flow west to China via other pipelines or rail. It will also flow to the Gulf Coast by other means, including pipelines and rail to East Coast ports, and then via tankers in the Atlantic and around Florida.”

That is true. The oil will get out. There is too much money at stake.