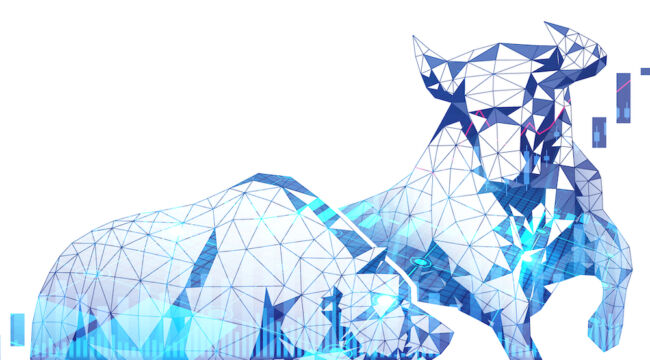 Why is the stock market so disconnected from the economy? There’s a few basic reasons. Let’s start with:

Here’s an example: Starbucks is two blocks away from my apartment in NYC. In between my apartment and Starbucks, there used to be three or four mom-and-pop small cafes.

These cafes did a vibrant business for years. Now they are gone. Out of business. When the dust clears, it will be seen that Starbucks has gained market share and increased profits for the long run.

(As of June 25. The final numbers could be worse but they won’t be better).

Across the United States, bigger, well-financed companies (i.e., the companies on the stock market) are crushing smaller “Main Street” companies.

At first glance, this is horrible. Millions affected. We all agree with this. But we must start interpreting every piece of data with, “Where is the opportunity?”

One opportunity is to buy stocks that will gain market share. But this has been happening.

And bit by bit you can explore other opportunities (restaurants vs. commissary kitchens, for instance, or ecommerce, fitness, fashion, etc.).

Walmart, for instance, remained open this entire time because it was deemed “essential.” But small clothing stores were closed down and about 30–50% of them will remain closed and out of business forever.

Hence, the market goes up. For your purposes, this is neither good or bad — just something to note. Eyes must be open to the truth and not to the mindless banter in the headlines or on social media.

The market is often correlated to how much money supply is in the economy. With an extra $2 trillion coming from the stimulus package, that money will eventually find itself in the markets.

Also, there is anticipation of inflation. Inflation drives up the price of everything that is bought with dollars, including stocks.

There currently IS ZERO inflation. Below is the current inflation index. Since the beginning of 2020 it has gone negative. We are experiencing massive deflation.

Many people ask: Won’t there be massive INFLATION?

That’s also a question for another day. Jim Rickards has addressed that question in these pages. Basically, he says the inflation will happen eventually, but not yet. At the moment, I think people are more worried about inflation than actually exists.

We often see that often the “smartest” and the “wisest” are busy with their computers and their theories and ignore actual reality. But people who are taking action quickly realize the truth.

When you get an email that says “40% off clothes at XYZ.com this weekend only!” this is not really a special sale. These are the actual prices of those clothes. Meanwhile, rents in New York City right now are 30% down, the largest decrease in maybe forever.

Warren Buffett has called deflation the worst thing that can happen to an economy. Because when people realize prices are going down, they stop buying. Why should I rent in NYC today when it will be cheaper next month? And this creates a deflationary spiral down.

The Federal Reserve would LOVE for there to be inflation again but there are many reasons why there isn’t. In fact, we were probably in a deflationary period even before this pandemic hit.

The only two times in the past century where there was deflation in the U.S. was in 1930–1933, the beginning of the Great Depression, and in 2008, during the Great Recession.

And, of course, we are there now, during the Great Reset. 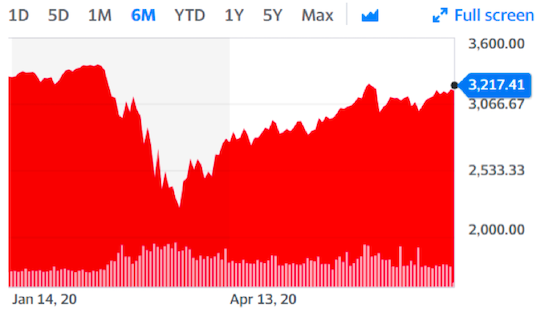 The economy wasn’t the worst on March 23. It got worse in April and May. But the world had the most uncertainty that day. The economy was shut down for who knows how long? No money was coming. How deadly was this virus? And so on.

Then earnings reports started coming in — the first since the pandemic had started, and regardless of good or bad news, at least we got some certainty. And, also for the reasons above, the markets started to go up and have yet to come down.

I just talked about uncertainty. I’m normally very bullish and optimistic on the stock market. But I do think the market will take a pause and perhaps (it’s impossible to predict) have another dip down. That’s because there’s a lot of uncertainty out there:

How long will things be closed? Originally the U.S. wanted to “flatten the curve.” This meant that the same number of people would be infected by the virus but over a long period of time so as not to overwhelm the healthcare system.

But now the definitions are moving around. Again, there is no point in determining if this is hypocritical or not. Often in society, goals, objectives, data, opinions change for many reasons. We cannot fight them (believe me, I’ve tried — and that will be another story for sure). Much of America wants to lock down until the virus is essentially gone.

What effects does the virus have on people, even children, who are asymptomatic? Do they get other issues in life? We don’t know but there are many rumors being reported.

Will there be a vaccine? Some say yes. Others say COVID-19 is a variation of the common cold, which is also a coronavirus, and we’ve been working for 50 years on a vaccine for the common cold and we aren’t even close.

Will the world eventually hit herd immunity? Are people immune after they get antibodies? We actually have no clue. Again, look to the example of the common cold. There does seem to be some immunity but it might only last about 2–3 months.

Are there any good prophylactic medicines? The answer is that there certainly are, although the search for a vaccine has taken precedence, perhaps for political reasons. We just don’t know.

How many businesses are truly gone? Since much of the economy is still closed, we don’t really know. Yelp has suggested that about 50% of restaurants are permanently gone. I believe this.

The average restaurant had only two weeks of cash on hand when the pandemic began. The PPP loan helped somewhat but now we are over four months later so there has been much uncertainty. We do know that many chains have announced either bankruptcies or store closures.

So there are the uncertainties markets face. But I’ll close with one certainty:

The Fed will be pumping in however much liquidity it takes to keep the markets from collapsing again.