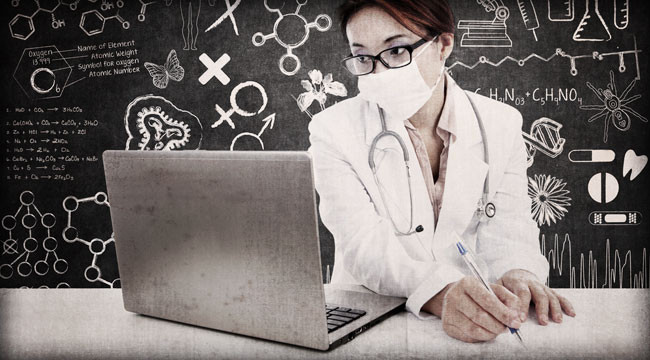 Why the Internet Hates Obamacare

A growing consensus of IT experts, outside and inside the government, have figured out a principal reason why the website for Obamacare’s federally sponsored insurance exchange is crashing. Healthcare.gov forces you to create an account and enter detailed personal information before you can start shopping.

This, in turn, creates a massive traffic bottleneck, as the government verifies your information and decides whether or not you’re eligible for subsidies. HHS bureaucrats knew this would make the website run more slowly. But they were more afraid that letting people see the underlying cost of Obamacare’s insurance plans would scare people away.

“Healthcare.gov was initially going to include an option to browse before registering,” report Christopher Weaver and Louise Radnofsky in The Wall Street Journal. “But that tool was delayed, people familiar with the situation said.” Why was it delayed? “An HHS spokeswoman said the agency wanted to ensure that users were aware of their eligibility for subsidies that could help pay for coverage, before they started seeing the prices of policies.” (Emphasis added.)

As you know, Obamacare’s bevy of mandates, regulations, taxes, and fees drives up the cost of the insurance plans that are offered under the law’s public exchanges. A Manhattan Institute analysis I helped conduct found that, on average, the cheapest plan offered in a given state, under Obamacare, will be 99% more expensive for men, and 62% more expensive for women, than the cheapest plan offered under the old system. And those disparities are even wider for healthy people.

That raises an obvious question. If 50 million people are uninsured today, mainly because insurance is too expensive, why is it better to make coverage even costlier?

The answer is that Obamacare wasn’t designed to help healthy people with average incomes get health insurance. It was designed to force those people to pay more for coverage, in order to subsidize insurance for people with incomes near the poverty line, and those with chronic or costly medical conditions.

But the laws’ supporters and enforcers don’t want you to know that, because it would violate the President’s incessantly repeated promise that nothing would change for the people that Obamacare doesn’t directly help. If you shop for Obamacare-based coverage without knowing if you qualify for subsidies, you might be discouraged by the law’s steep costs.

So by analyzing your income first, if you qualify for heavy subsidies, the website can advertise those subsidies to you instead of just hitting you with Obamacare’s steep premiums. For example, the site could advertise plans that cost “$0” or “$30,” instead of explaining that the plan really costs $200, and that you’re getting a subsidy of $200 or $170. But you’ll have to be at or near the poverty line to gain subsidies of that size; most people will either not qualify for a subsidy, or qualify for a small one that, net-net, doesn’t make up for the law’s cost hikes.

This political objective — masking the true underlying cost of Obamacare’s insurance plans — far outweighed the operational objective of making the federal website work properly. Think about it the other way around. If the “Affordable Care Act” truly did make health insurance more affordable, there would be no need to hide these prices from the public.

Comparable private-sector e-commerce sites, like eHealthInsurance.com, allow you to shop for plans and compare prices simply by entering your age and your ZIP code. After you’ve selected a plan you like, you fill out an online application. That substantially winnows down the number of people who rely on the site for network-intensive tasks.

The federal government’s decision to force people to apply before shopping, Weaver and Radnofsky write:

“proved crucial because, before users can begin shopping for coverage, they must cross a busy digital junction in which data are swapped among separate computer systems built or run by contractors including CGI Group Inc., the healthcare.gov developer, Quality Software Services Inc., a UnitedHealth Group Inc. unit; and credit-checker Experian PLC. If any part of the web of systems fails to work properly, it could lead to a traffic jam blocking most users from the marketplace.”

Jay Angoff, a former federal official at the agency that oversees the exchange, told the Journal that he was surprised by the decision. “People should be able to get quotes” without entering all of that information upfront.

Weaver and Radnofsky say that the core problem stems from “the slate of registration systems [that] intersect with Oracle Identity Manager, a software component embedded in a government identity-checking system.” The main Healthcare.gov Web page collects information using the CGI Group technology. Then that data is transferred to a system built by Quality Software Services. QSS then sends data to Experian, the credit history firm. But the key “identity management system” employed by QSS was designed by Oracle, and according to the Journal’s sources, the Oracle software isn’t playing nicely with the other information systems.

Oracle hotly denies these claims. “Our software is the identical product deployed in most of the world’s most complex systems… our software is running properly,” said an Oracle spokeswoman in a statement.

Robert Pear and colleagues at The New York Times have a piece up detailing the serious problems with the federal exchange, problems that may get worse, not better. They confirm what we already knew: that the Obama administration refused to delay the implementation of the exchanges, despite the well-known problems, because they were afraid of the political blowback. “Former government officials say the White House, which was calling the shots, feared that any backtracking would further embolden Republican critics who were trying to repeal the health care law.”

As I documented last week, IT and insurance experts have been saying for at least eight months that implementation of the exchanges was going badly, that as early as February officials were warning of a “third world experience.” The Times‘ sources are just as blunt. “These are not glitches,” said one insurance executive. “The extent of the problems is pretty enormous. At the end of our [conference calls with the administration], people say, ‘It’s awful, just awful.'”

“We foresee a train wreck,” said another executive in a February interview with the Times. “We don’t have the IT specifications. The level of angst in health plans is growing by leaps and bounds. The political people in the administration do not understand how far behind they are.” Richard Foster, the former chief actuary at the Centers for Medicare and Medicaid Services, said last week that “so much testing of the new system was so far behind schedule, I was not confident it would work well.”

Henry Chao, the deputy chief information officer at CMS who made the “third-world experience” comment, was told by his superiors that failure to meet the Oct. 1 launch deadline “was not an option,” according to the Times.

Think about it. It’s quite possible that much of this disaster could have been avoided if the Obama administration had been willing to be open with the public about the degree to which Obamacare escalates the cost of health insurance. If they had, then a number of the problems with the exchange’s software architecture would never have arisen. But that would require admitting that the “Affordable Care Act” was not accurately named.

The White House knew that its people on the front lines, people like Henry Chao, were worried that the exchanges would get botched. They saw the Congressional Research Service memorandum detailing that the administration has missed half of the statutory deadlines assigned by the law. But they were more afraid of the PR disaster of disclosing Obamacare’s high premiums than they were of the PR disaster of crashing websites. What you see is the result.

Ed. Note: The full effects of Obamacare have yet to be felt. But the train-wreck it’s been so far does not portend a happy ending. We’ll keep you posted, but in the meantime, you’d do well to learn as much about preserving your liberty – and in turn, your wealth – as humanly possible. That’s where Laissez Faire Today comes in… Every day, the Laissez Faire Today email edition publishes unique insights on the topics of liberty and freedom in an effort to better prepare you for whatever roadblocks the government throws in your way. Sign up for FREE, right here, and start learning how to live a freer lifestyle while growing your wealth in the process.

"Dad, I Just Hit a Porsche"

Today, Zach Scheidt shares an unfortunate true story about his son, while laying the groundwork for tomorrow’s auto industry…