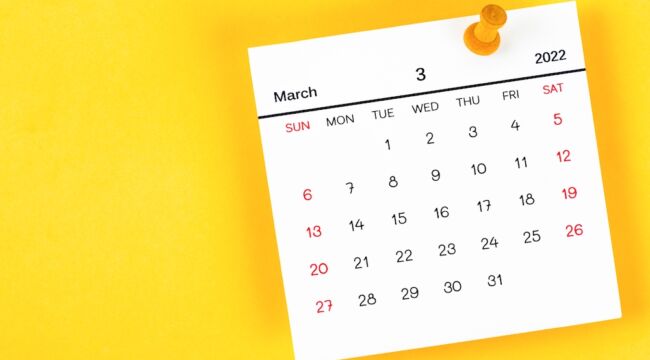 Why the Fed Keeps Getting It Wrong

What we’re seeing now is the very definition of volatility. The market’s in a highly unstable state right now. These violent swings show the inadequacy of the standard models that the Fed and other mainstream analysts use.

The Fed assumes so many things about markets that are simply false, like that markets are always efficient, for example. They’re not. Under volatile conditions like these they gap up and down — they don’t move in rational, predictable increments like the “efficient-market hypothesis” supposes.

The problem is that the Fed’s models are empirically false. Studies have proven how faulty their models are. The Fed has the worst forecasting record in the world. It’s basically been wrong every year since 2009.

Equilibrium models like the Fed uses basically say the world runs like a clock and occasionally it gets knocked out of equilibrium. And all you have to do is tweak policy or manipulate some variable to push it back into equilibrium.

It’s like resetting a clock. That’s a shorthand way of describing what an equilibrium model is. They treat markets like they’re some kind of machine. It’s a 19th-century, mechanistic approach.

But traditional approaches that rely on static models bear little relationship to reality.

Twenty-first-century markets aren’t machines and they don’t work in this clockwork fashion.

The Fed uses the Phillips curve to understand the relationship between unemployment and inflation when 50 years of data say there is no fixed relationship. The Fed uses what’s called value-at-risk modelling based on normally distributed events when the evidence is clear that the degree distribution of risk events is a power curve, not a normal or bell curve.

As a result of these defective models, the Fed printed trillions of new money beginning in 2008 to ‘stimulate’ the economy, only to produce the weakest recovery in history. Need proof? Every year, the Federal Reserve forecasts economic growth on a one-year forward basis.

And it’s been wrong every year for the better part of a decade. When I say ‘wrong’, I mean by orders of magnitude. If the Fed forecast 3.5% growth and actual growth was 3.3%, I would consider that to be awesome.

But the Fed would forecast 3.5% growth and it would come in at 2.2%. That’s not even close, considering that growth is confined to plus or minus 4% in the vast majority of years.

Right now the economy faces severe headwinds in the form of geopolitical instability, inflation and supply chain disruptions. The chances of recession are high.

The Fed needs interest rates to be between 4% and 5% to fight recession. That’s how much “dry powder” the Fed needs going into a recession. In September 2007, the fed funds rate was at 4.75%, toward the high end of the range. That gave the Fed plenty of room to cut, which it certainly did. Between 2008 and 2015, rates were essentially at zero.

The current fed funds target rate is between 0% and 0.25%. If we have a recession this year the Fed doesn’t have anywhere near the room to cut as it did to fight the Great Recession.

During its hiking cycle that ended in December 2018, the Fed was trying to get rates closer to 5% so they could cut them as much as needed in a new recession. But, they failed. Interest rates only topped out at 2.5%. The market reaction and a slowing economy caused the Fed to reverse course and engage in easing.

Can the Fed even get to 2% in its upcoming tightening cycle before it reverses course again? Here’s the deeper problem with all the Fed’s manipulations…

The problem with any kind of market manipulation (what central bankers call “policy”) is that there’s no way to end it without unintended and usually negative consequences. Once you start down the path of manipulation, it requires more and more manipulation to keep the game going.

Finally it no longer becomes possible to turn back without crashing the system.

All it does is set the stage for a bigger crisis down the road. It certainly hasn’t helped the economy.

In my 2014 book, The Death of Money, I wrote, “The United States is Japan on a larger scale.” That was eight years ago. Japan started its “lost decade” in the 1990s. Now their lost decade has dragged into over three lost decades. The U.S. began its first lost decade in 2009 and is now in its second lost decade with no end in sight.

The economic damage from the lockdowns certainly didn’t help.

What I referred to in 2014 is that central bank policy in both countries has been completely ineffective at restoring long-term trend growth or solving the steady accumulation of unsustainable debt.

In Japan this problem began in the 1990s, and in the U.S. the problem began in 2009, but it’s the same problem with no clear solution. The irony is that in the early 2000s, former Fed Chair Ben Bernanke routinely criticized the Japanese for their inability to escape from recession, deflation and slow growth.

Bernanke thought that low interest rates and massive money printing would lead to lending and spending that would restore trend growth to 3.2% or higher. But he ignored the role of velocity (speed of money turnover) and the unwillingness of banks to lend or individuals to borrow.

When that happens, the Fed is pushing on a string — printing money with no result except asset bubbles.

That’s where we are today.