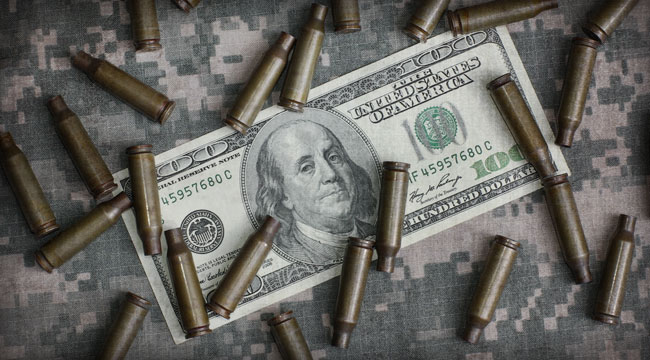 Why the Fed Has Declared War on Your Money

Alexander Hamilton was America’s first Secretary of Treasury under President George Washington. When he first entered office in 1789, America was an agricultural nation of just 4 million still broke from its financially costly victory over the British Empire in the Revolutionary War.

The states had accumulated relatively massive debts to finance that war, which mostly remained unpaid. The United States did not even have a national currency, with Spanish coins still in wide circulation and use. Steve Forbes explains in his recently published definitive work, Money: How the Destruction of the Dollar Threatens the Global Economy and What We Can Do About It, “America’s finances were in a state of disarray after the wild inflation resulting from massive money printing during the American Revolution.” As a result, “Hamilton faced the challenge of restoring the economy of the young republic that had been devastated by the Revolutionary War….”

Hamilton boosted America’s economy first by advancing legislation for the federal government to assume and pay off the debts of the states, establishing the foundation for America’s historic creditworthiness. That was recognized by America’s AAA credit rating for over 200 years, until 2011 when the relentless spending of the Obama Democrats led to the first credit downgrade of the nation in history.

But even more importantly for the nation’s long term economic growth and prosperity, Hamilton promoted The Coinage Act of 1792, which established the first U.S. Mint, and fixed the value of the dollar at $19.39 per ounce. That was devalued slightly in 1834 to $20.67, which prevailed for 100 years, until President Roosevelt adopted the only major U.S. devaluation in history during the Depression, to $35 an ounce. That prevailed until President Nixon took America off the gold standard in 1971.

Forbes explained the results: “Overnight the economy sprang to life. Capital poured in from the Dutch and also America’s former enemies, the British. Barely a century after Hamilton’s reforms, the United States was the premier industrial power in the world, surpassing even Great Britain.” He added, “Hamilton’s system of banking and stable money quickly attracted and generated capital. It turned the American economy into the leading industrial power in the world.”

Forbes further explains that while America was under the gold standard, the economy boomed at an astounding 4% real rate of economic growth. At that rate, our economy, incomes and standard of living would double every 17 years. That was the foundation of the American dream and our historic, geometric explosion into the world’s leading “hyperpower.”

Forbes adds that in the U.S., “Between 1870 and 1914, real wages more than doubled even though the country had millions of immigrants [greatly expanding the supply of labor]. Agricultural output tripled. Industrial production… surged a jaw-dropping 682%.” 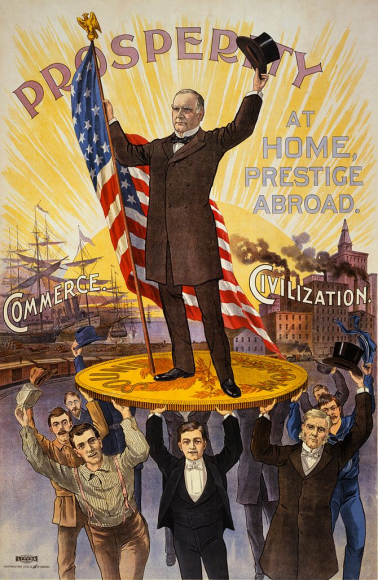 The question is why did Hamilton understand economics so much better than the Ivy League poobahs of today, like Paul Krugman, who are more interested in promoting the socially hip stagnation of socialist equality than the dynamic economic growth of capitalism.

If only Colonel Hamilton was alive today, he would be more worthy of the Nobel prize in economics than at least half of those prize winners living today.

Great Britain experienced quite similar results under the gold standard. In 1696, the Enlightenment philosopher John Locke was joined by the path-breaking scientist and physicist Isaac Newton in arguing against devaluation in the process of Britain replacing or “recoining” its debased currency with new, unshaved, fully restored coins.

By 1717, Newton was Master of the Royal Mint, and he fixed the British pound to the value in gold of 3.89 pounds an ounce. That exact same historic value remained the same for more than 200 years, until 1931.

Forbes notes, “When it tied the pound to gold, Britain was a second-tier nation. Soon all of that would change.” A century later, “By the end of the Napoleonic Wars in 1815, Great Britain emerged indisputably as the world’s major power and global center of innovation.”

Fixing a nation’s currency to gold assures that the currency maintains a stable long term value, without inflation, or deflation. That enables a nation’s money to serve as a measure of value, like a ruler measures inches, or a clock measures time. Such a stable measure of value, in turn, means money can best perform its most essential function in facilitating transactions.

“After the 1970s, world economic growth has been a full percentage point lower; inflation 1.5% higher.”

That best enables producers to determine whether their production is adding or wasting value as compared to the value of the inputs to that production. Or whether they should be producing something else instead that might create greater value. That information is essential for an economy to maximize output and economic growth over time.

When a farmer trades his crop for such stable money, he immediately knows what that crop is worth. And he knows that he can keep that value of his production in the currency because it will hold its value over time, until he is ready to buy something with it.

That stability of the reward for production undisturbed by monetary fluctuations adds further to the incentive for such production.

On August 15, 1971, President Nixon took America, and the world, off the gold standard completely, leaving a world of unanchored fiat currencies, by terminating the postwar Bretton Woods monetary regime.

Nixon and his advisors mistakenly believed that this would help the economy by promoting American exports, which Forbes recognizes as 18th century mercantilist thinking.

But it was a decisive turn for the worse for the American economy, and the entire global economy. Since that time, real annual U.S. economic growth has averaged 3%, down 25% from the prior gold standard long term trend. Forbes explains,

“If America had grown for all of its history at the lower post-Bretton Woods rate, its economy [today] would be about one quarter of the size of China’s. The United States would have ended up much smaller, less affluent, and less powerful.”

Unemployment has been significantly higher on average. Globally, “After the 1970s, world economic growth has been a full percentage point lower; inflation 1.5% higher.”

Forbes observes, “The correlation between unstable money and an unstable global economy would seem obvious.” Indeed, the termination of any link between the dollar and gold immediately inaugurated worsening boom and bust cycles of inflation and recession in the 1970s, with inflation soaring into double digits for several years. Inflation peaked at 25% over just two years in 1979 and 1980.

It took the worst recession since the Great Depression in 1981-1982 to tame that inflation, with double digit interest rates for years, and unemployment peaking at 10.8%. The Reagan/Volcker/Greenspan strong dollar monetary policies effectively restored a discretionary link to gold, with gold stabilizing around $300 to $350 for 20 years. That kept close control over inflation.

But this discretionary standard broke down as 2000 approached. The Fed loosened money and reduced interest rates over the Y2K scare, contributing to the tech stock bubble. Much worse, the Bush Administration supported a weak dollar monetary policy again on the mercantilist/Keynesian confusion that would help the economy by promoting exports.

That included more loose money and 2½ years of negative real interest rates which served to pump up the housing bubble and lead, along with Clinton’s wild overregulation (in the name of affordable housing), to the 2008 financial crisis and recession.

Peter Ferrara
for The Daily Reckoning

Ed. note: The table’s been set… Now you know the history behind the gold standard and how far the U.S. has strayed from it. It’s time to stop looking and lamenting about the past, and find some answers for the future. Tomorrow, Peter will look at how the country can restore the gold standard and get the economy back on track. In the meantime, sign up for the FREE Laissez Faire Today email edition to learn about specific, actionable ways you can safeguard and even grow your wealth no matter how much the government tries to destroy your purchasing power.

The Federal Reserve holds rates steady… Why American productivity growth has been falling since the U.S. went off the gold standard…

Peter Ferrara is Director of Entitlement and Budget Policy for the Heartland Institute, Senior Advisor for Entitlement Reform and Budget Policy at the National Tax Limitation Foundation, General Counsel for the American Civil Rights Union, and Senior Fellow at the National Center for Policy Analysis. He served in the White House Office of Policy Development under President Reagan, and as Associate Deputy Attorney General of the United States under President George H.W. Bush.