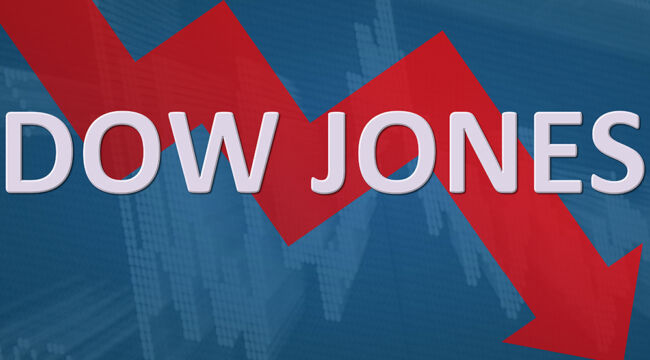 The latest estimate of U.S. GDP growth for the first quarter of 2022 from the Federal Reserve Bank of Atlanta is 1.3% (annualized). That’s a notably weak reading and it comes just days before the final number is published by the Commerce Department.

It’s true that the first quarter is behind us, but the first quarter was relatively unaffected by the war in Ukraine, which began Feb. 24. The impact of the war and the economic sanctions around it will be felt with full force in the second quarter.

The combination of a weak first quarter and economic disruptions from sanctions today does not augur well for second-quarter growth. U.S. growth in the second quarter could be close to zero or even negative, which could presage a recession.

On top of weak growth, the Federal Reserve is engaged in another experiment in monetary tightening.

The first increase was on March 16. Markets fully expect further rate hikes at subsequent meetings on May 4 and June 15 and beyond. Markets had even priced in a 0.50% hike on May 4 compared with the 0.25% hike on March 16.

Powell Opens a Can of Worms

But late last week, Jay Powell hinted that even more aggressive moves may be in play. In remarks last Thursday at a CNBC panel, he said:

“It is appropriate in my view to be moving a little more quickly… I also think there is something to be said for front-end loading any accommodation one thinks is appropriate.”

Since the markets had already priced in 0.50% for May, the only way to interpret Powell’s remarks is that there would be another 0.50% hike in June and possibly July as well. Some analysts interpreted Powell’s remarks as a warning that a 0.75% hike might even be in the cards.

This kind of tightening required markets to reprice their expectations and they did so in a hurry. The Dow Jones Industrial Average fell 981 points the day after Powell’s remarks and the Nasdaq and S&P 500 took similar dives in percentage terms.

Two Paths, Both Are Fraught With Peril

Going forward, the Fed has two paths from which to choose. It can raise rates high enough to kill inflation. With inflation currently at 8%, it would take interest rates of 10% to produce a real rate of positive 2%.

That’s practically impossible because the economy will go into a severe recession long before the Fed gets rates to 10%. The market will probably crash before rates get to 5%, let alone 10%. The faster Powell raises rates, the sooner the crash will come.

A deep recession will cure inflation, but it will also lead to unemployment, bankruptcies and a possible financial panic.

The Fed’s other path is to tighten until growth is close to zero and the stock market is dropping in a disorderly way. At that point, the Fed can throw in the towel as they did in 2018 and cut rates once again.

That may give the stock market a reprieve, but inflation will soar out of control.

But it’s not just rate hikes that have markets on edge. The Fed’s balance sheet is an even greater concern, and the balance sheet is no longer expanding. The “taper” is over. A so-called taper is the process of slowing the rate at which the money supply is expanding.

The Fed gets out of QE in stages by reducing the amount of securities it buys each month; that’s the so-called taper. It’s still printing money, but the amount printed is reduced until it hits zero.

It may seem odd to call money printing tightening, but everything in markets happens at the margins. If the Fed is printing less, it is tightening even though it’s still printing. Quantitative easing (QE) is now officially over, the taper is done and the Fed is contemplating its next move.

The Fed has also signaled it intends to actually reduce the money supply. This is the opposite of QE and is called quantitative tightening, or QT. This has not yet begun, but the Fed has made it clear it will start QT soon, possibly beginning next month.

So as I explained in a recent Reckoning, the market is confronting three forms of tightening at once: the end of QE, aggressive rate hikes and the beginning of QT. This is a triple whammy that will slam the U.S. economy and send stock markets down sharply in the days ahead.

That’s not what the Fed wants, but that’s what it’s going to get. You only need to look at recent history to understand why.

When the Fed started QT in late 2017, they urged market participants to ignore it. They said the QT plan was on autopilot, the Fed was not going to use it as an instrument of policy and that it would “run on background” just like a computer program that’s open but not in use at the moment.

It’s fine for the Fed to say that, but markets had another view. Analysts estimate that QT is the equivalent of two–four rate hikes per year over and above the explicit rate hikes.

Not surprisingly, we had the Christmas Eve Massacre in December 2018, and Powell was forced to begin easing policy again.

The Fed quickly backed off and began cutting rates and printing money (through QE) in 2019 and early 2020. By mid-2020, interest rates were back to zero and the money supply was almost double what it was in November 2014 when the prior taper ended.

The Fed failed in 2018 and will likely fail again. The same people are still in place, using the same faulty economic models.

The odds that the Fed can successfully manage a smooth landing are very low. All I can say is don’t count on it.