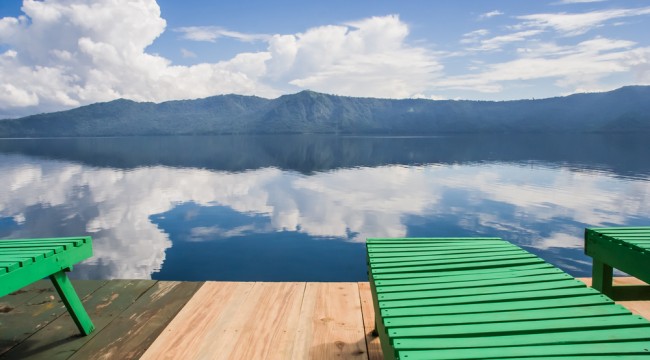 Why Nicaragua MUST Be Your Next Destination

It was a time of change in Nicaragua. Daniel Ortega, once the leader of the Sandinista rebels and a former president of the country, had won the presidency yet again in a free and fair election in the fall of 2006. The world was holding its breath to see what would happen — especially including more than a few expats in the real estate business in Nicaragua.

Having moved into our rented condo in the Pacific coast town of San Juan del Sur on the very day of Ortega’s inauguration on January 10, 2007, we were among those who were waiting and watching. It didn’t take long to realize that there were no earth-shattering changes in store for Nicaragua… life went on under Ortega much as it had under the three presidents who followed him when he left office in 1990.

For us, the six months we spent exploring Nicaragua from our base in San Juan del Sur are implanted in our memories as one of the most relaxed and enjoyable periods of our time living overseas. And that’s despite the fact that Nicaragua at that time was still a very poor country with significant infrastructure challenges: terrible roads, frequent power outages, and slow Internet speeds. But regardless of the poverty, potholes, and blackouts, the Nicaraguans themselves were amazingly happy and carefree.

Even then, back in 2007, the country was well on its way to recovering from a brutal civil war that played out in the 1980s and in which the United States figured prominently. You might expect, therefore that Nicaraguans might hold some resentment toward those of us from the States. And yes, sometimes its zealous president might lead you to believe that. But to the contrary, we have always been warmly welcomed and have always felt completely safe in Nicaragua.

We’ve returned to Nicaragua often since 2007. Each time, we feel a bit more like Rip Van Winkle… like we’ve gone down for a short nap and awakened years later to find out that everything has changed. Every place we go sparks another “holy cow” moment.

Nicaragua is one of the safest countries in all of Latin America.

For example, many of the major roads that we dreaded driving on in 2007 have now been paved. Power outages are far less frequent, and usually for maintenance. Internet, once spotty and unreliable, is now available practically everywhere and often fast enough for streaming videos and more.

Today, the upward momentum and sense of optimism in Nicaragua is practically palpable. It’s a nation at peace and one of the safest countries in Central America. Its government is democratically elected, and President Ortega has had the time to demonstrate that he is truly committed to a free-market economy and foreign investment.

Nicaraguans who left the country during the revolution of the 1980s have now returned — and they’ve brought First-World business skills and ideas with them. New businesses are popping up all over Nicaragua, adding to the energy and sense of renewal.

Truth is, there’s much to admire about Nicaragua. it’s one of the most beautiful countries in the Americas, with a dramatic Pacific coastline; long, gentle Caribbean beaches; and volcanoes and fresh water lakes that dot the hilly inland. Colonial cities like Granada and Leon offer visitors a taste of days gone by. Managua, the capital, is rapidly becoming a modernized city with top-notch theaters, world-class hospitals, and a range of international restaurants.

Complement all this with very attractive real estate values and it adds up to a near-perfect retirement or second-home destination. Whether you want to live quietly near the coast where you can sit back and listen to the waves gently lapping against the sand, or you’d prefer the hustle and bustle of a colonial city with everything you could possible need (at half the U.S. price), you should definitely take a closer look at Nicaragua.

Hundreds of U.S. and Canadian retirees have made Nicaragua home over the years, as much for the beauty of its beaches and colonial towns as for the low cost of living compared to North America. here are some other things Nicaragua has going for it.

For starters, it’s in the same time zone (either mountain or Central time depending on the season) as the United States. A flight from Miami to Managua takes only two-and-a-half hours and costs about the same as a U.S. domestic flight.

In its modern supermarkets and shopping malls, you can get all the high-tech products and all the familiar clothing and food brands you’re used to finding at home.

There are good medical facilities throughout the country too. Including Managua’s excellent Hospital Metropolitano Vivian Pellas that offers several private health insurance plans for both locals and foreigners priced from $240 a year if you are 40 or older.

It’s also extremely welcoming to foreigners. Besides a benefit-heavy foreign retiree program, Nicaragua offers many incentives to investors and entrepreneurs. And amazingly, foreign retirees in Nicaragua typically say they can easily and comfortably live on budgets of $1,000 to $2,000 a month.

And the food? Local produce and meat is fresh, plentiful, and extremely affordable. Nicaragua may have almost as many open-air churrasco (grilled steak) restaurants as Argentina does.

Plus, Nicaragua produces some of the best coffee and chocolate in the world. If you’re a rum drinker or a cigar aficionado… you’ll be in heaven. Flor de Cana consistently ranks as one of the world’s best rums. And Nicaraguan cigars rank just as highly as those from Cuba and the Dominican Republic.

By the way, Nicaragua has often been referred to as the “next Costa Rica.” No offense to Costa Rica, says former Nicaragua Tourism Minister Mario Salinas, but “Nicaragua has a culture and diversity of offerings that Costa Rica doesn’t have.”

The government is doing all it can to position Nicaragua as a unique and intriguing destination all its own, and to “preserve our nature, our culture, our folklore and our traditions, and to start attracting tourists who stay longer and spend more,” says Salinas. And that includes retirees and vacation-home buyers.

Suzan Haskins and Dan Prescher
for The Daily Reckoning

Ed. Note: Nicaragua is a great-value locale. You can live better for less and invest for profit outside the States, outside the dollar, in a spot that’s cheaper, healthier, safer, freer. Our colleagues over at International Living spend their days tracking down the best spots, and they’ve gathered a great collection of beach destinations in a new special report. And readers of today’s Daily Reckoning email edition got an exclusive opportunity to read it for themselves. Don’t miss another great opportunity like this. Sign up for The Daily Reckoning, for FREE, right here.

For the last decade, Suzan Haskins has been on the lookout for the best “best-of-all-worlds” places to call home for International Living readers as well as for her husband, Dan Prescher, and herself.

During that time, they’ve traveled to nearly every country in Latin America and lived in Lake Chapala, San Miguel de Allende and Merida, Mexico; Quito and Cotacachi, Ecuador; Panama City, Panama; and San Juan del Sur, Nicaragua. They’ve owned real estate in all of those countries, too, as well as in Argentina.

Suzan’s no neophyte to serial relocation. Born in Oklahoma, she grew up in Kansas, North Dakota, and New Jersey, before landing in Omaha, Nebraska, in 1976 where she spent 25 years, everyone of them chanting “not another winter here?”

In 2001, she and Dan hit the road and haven’t looked back since.