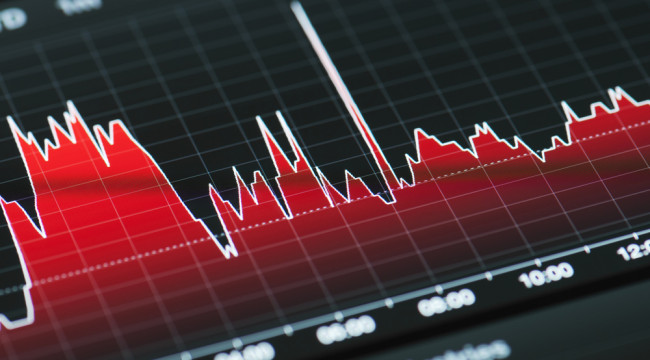 A bird in the hand is worth two in the bush.

BALTIMORE – The Dow was more or less flat on Friday. After all the excitement early in the year, stock markets seemed to have settled down.

In our upcoming issue of The Bill Bonner Letter (due to hit inboxes on Wednesday), we explore the strange territory of “NIRP” – negative-interest-rate policy.

About $7 trillion of sovereign bonds now yield less than nothing. Lenders give their money to governments… who swear up and down, no fingers crossed, that they’ll give them back less money sometime in the future.

Is that weird or what?

At least one reader didn’t think it was so odd.

“You pay someone to store your boat or even to park your car,” he declared.

“Why not pay someone to look out for your money?”

Ah… we thought he had a point. But then, we realized that the borrower isn’t looking out for your money; he’s taking it… and using it as he sees fit.

It is as though you gave a valet the keys to your car. Then he drove it to Vegas or sold it on eBay.

A borrower takes your money and uses it. He doesn’t just store it for you; that is what safe deposit boxes are for.

When you deposit your money in a bank, it’s the same thing. You are making a loan to the bank. The bank doesn’t store your money in a safe on your behalf; it uses it to balance its books.

If something goes wrong and you want your money back, you can just get in line behind the other creditors.

The future is always unknown. The bird in the bush could fly away. Or someone else could get him.

So, when you lend money, you need a little something to compensate you for the risk that the bird might get away.

A New Level of Absurdity

That’s why bonds pay income – to compensate you for that uncertainty.

Inflation, defaults, depression, war, and revolution all raise bond yields because all increase the odds that you won’t get your money back.

That’s why countries with much uncertainty – such as Venezuela – have higher interest rates than countries, such as Switzerland, where the future is probably going to be a lot like the past.

The interest you earn on a bond is there to compensate you for the risk that you won’t get your money back. Or that the money you do get back when the bond matures will have less purchasing power than the money you used to buy the bond in the first place.

You never know. Maybe the company or government that issued the bond will go broke. Or maybe the Fed will cause hyperinflation. In that case, even if you get your money back, it won’t buy much.

With interest rates at zero, lenders must believe that the future carries neither risk. The bird in the bush isn’t going anywhere; they’re sure of it.

As unlikely as that is, negative interest rates take the absurdity to a new level.

A person who lends at a negative rate must believe that the future is more certain than the present.

In other words, he believes there will always be MORE birds in the bush.

The logic of lowering rates below zero is so boneheaded that only a PhD could believe it.

Economic growth rates are falling toward zero. And at zero, it normally doesn’t make sense for the business community – as a whole – to borrow. The growth it expects will be less than the interest it will have to pay.

Because the Fed only has direct control over the roughly 20% of the overall money supply. This takes the form of cash in circulation and bank reserves. The other roughly 80% of the money supply comes from bank lending.

How to prevent it?

If you believe the myth that the feds can create real demand for bank lending by dropping interest below rates, then you, too, might believe in NIRP.

It’s all relative, you see. It’s like standing on a train platform. The train next to you backs up… and you feel you’re moving ahead.

Negative interest rates are like backing up. They give borrowers the illusion of forward motion… even if the economy is standing still.