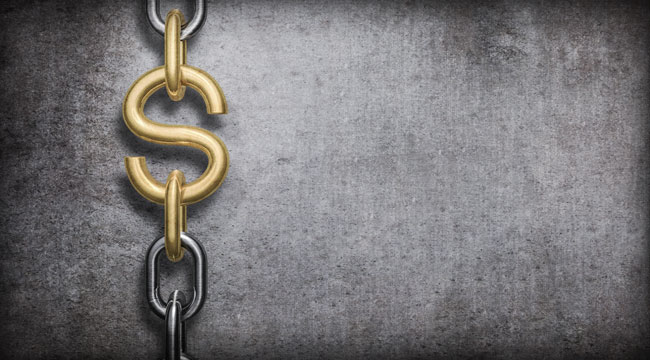 Why Malpractice from the Fed Will Undermine Growth

The Wall Street Journal recently ran a story entitled “Devaluation Gains Currency,” which began with this sentence: “The world’s export engines are sputtering, putting new pressure on many nations to weaken their currencies to jump-start their economies.”

That tactic worked so well — NOT — in the early 1930s, when slumping nations desperately engaged in wholesale devaluations, a phenomenon dubbed “beggar thy neighbor” at the time. That miserable experience led to new post-WWII institutions that were created to prevent such a calamity from happening again.

We’re not about to experience anything on the scale of the Great Depression, but what is unfolding demonstrates the poverty in economic understanding these days.

The reason for disappointing sales, whether overseas or domestic, is bad government policies: excessive taxation, job-killing labor regulations, obscene levels of government spending (governments don’t create resources; they seize them from the producers of products and services), an expanding scale of government/corporate cronyism, a never-ending blizzard of bewildering rules and edicts and, of course, misbegotten monetary policies. If countries focused on slashing tax rates and stabilizing their currencies, the pulse of commercial activity would quicken overnight, thereby creating conditions — read: pressure — for other growth-creating reforms.

Adam Smith in The Wealth of Nations demolished the mercantilist dogma that erecting barriers to imports and subsidizing exports was the way to wealth creation. Trade is not zero-sum; both parties benefit from a transaction. A merchandise trade deficit is not the equivalent of a company’s losing money; it’s an accounting artifact (with brief exceptions, we have had a merchandise trade deficit for more than 400 years, ever since Jamestown was settled in 1607).

For the Federal Reserve to bellyache about countries weakening their currencies is a hoot, considering the U.S. has been a chronic currency manipulator since it blew up the gold-based Bretton Woods system in 1971. The latest bout of monetary policy wrongdoing was created in the early part of the last decade by President George W. Bush’s Treasury Department, with the connivance of the Fed. It was decided to gradually weaken the greenback in order to “combat” our trade shortfall. The result has been catastrophic.

When a crucial currency is undermined, money races to such hard assets as commodities and houses. Productive investment withers. The price of oil, which had averaged little more than $21 a barrel since the mid-1980s, shot off like a rocket. That surge led many to believe we were running out of the stuff, which was a catalyst (along with the unfounded fear the Earth was about to be fried by the sun) for hundreds of billions of dollars in subsidies for “alternative energies.”

When monetary policy strays from maintaining a sound currency and dealing decisively with the occasional financial panic, mischief always results.

The sobering danger in this is not the lost economic growth but the political consequences that arise when democracies appear to be floundering and the days of progress are perceived to be largely over. These circumstances are a breeding ground for tyrannies.

The Federal Reserve is reportedly upset about the dollar’s recent strength, fearing this will foil its desire to create a certain amount of inflation and thereby retard economic growth. In the Fed’s mind a more muscular greenback will also hurt exports, which will be another growth dampener. The result, the central bank is muttering, may be the postponement of previously hinted-at increases in interest rates, starting in mid-2015.

The Fed’s new fears are bad news, because acting on them will bring about that which Janet Yellen & Co. is purportedly worrying about: a weaker economy. It never occurs to the central bank that its actions after the 2008-09 panic have been the biggest barrier to a vigorous economic rebound.

Credit is critical for commerce, from financing inventories and purchases to expanding existing businesses and starting new ones. The depth and breadth of U.S. capital markets has been a huge advantage in our ability to nurture new companies and provide the lubrication for business’ everyday needs. The Fed’s unending schemes for “stimulating” the economy — from Operation Twist to all the variations on quantitative easing — have had the unintended consequences of seriously distorting and hindering the functioning of our credit markets and, hence, our economy’s ability to expand.

Interest rates are the cost of credit. Suppressing these prices clogs the arteries of commerce. The federal government has had easy and cheap access to money (deficits without tears), as have most large companies. For other commercial enterprises, however, the situation has been a lot more difficult and uncertain.

The Fed publicly frets over the threat of deflation. But its actions are deflating the economy…

For example, the size of credit lines is reduced, the conditions under which money is loaned more stringent and personal guarantees far more frequently demanded.

Perversely, bank regulators still cast a gimlet eye over most loans to most non-big businesses. “Strengthen your capital position” is an ongoing regulatory admonishment to banks, which has the effect of suppressing vibrant lending.

The Federal Reserve has sucked up vast amounts of cash to finance its purchases of long-term government bonds and mortgage-backed securities. The private sector has been hurt correspondingly.

The Fed publicly frets over the threat of deflation. But its actions are deflating the economy, not to mention commodity markets. Speculators long in gold and oil, take note.

The growth in the M2 money-supply number has been anemic, a stunning contrast with the 1970s, when a bulge in reserves far smaller than today’s led to an explosion in the cost of living. In those days the Fed bought only short-term Treasurys, regulatory barriers to lending were comparatively mild, and there was no across-the-board suppression of the price of credit.

The Federal Reserve did immense harm in the 1970s. It’s doing so again now, albeit in a far different manner.

Astonishingly, then and now, criticism of the Fed is mostly muted. This ever more powerful and disruptive entity is the ultimate Teflon-coated institution.

Ed. Note: Few have dared to criticize the almighty Federal Reserve… rebellious sorts, mostly, audacious enough to think the U.S. central bank isn’t infallible. Most find refuge in these daily reckonings. Often times, we’re lucky enough to sit down and have frank discussions with them. Our friend, Steve Forbes, obliged us last week at his office in New York. Our managing editor, Peter Coyne, spoke with him about money… investing… and human nature all in the context of Mr. Forbes’ newest book Money: How the Destruction of the Dollar Threatens the Global Economy – and What We Can Do About It. You can watch the first snippet of that interview right here: