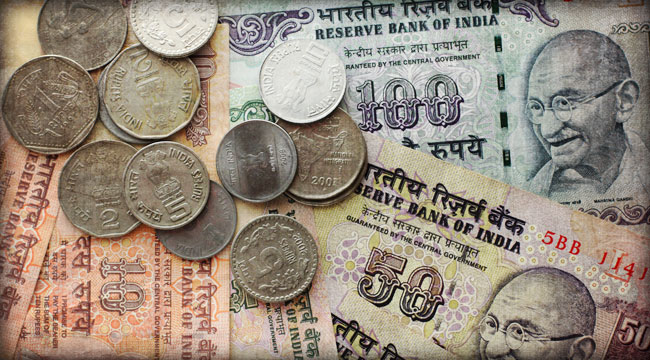 What to Expect from Janet Yellen's Brand of Inflation

With football season over, we thought it apt to bring in some trash talking to today’s article. Our target, as he walks back to the pavilion, is (former) Federal Reserve Chairman Ben Bernanke.

Bernanke richly deserves a “send-off.” That’s because the conventional view is that he saved the world from another Great Depression. Sure he did… after he caused it in the first place. Of course, Alan Greenspan laid much of the early groundwork for the big bust in 2008, but Bernanke was a worthy successor.

Both men followed a doctrine of inflationism. That is, easy money is the cure for the problems caused by easy money. But due to their intellectual dishonesty, they never saw themselves as part of the problem. They were always the heroes that needed to “do something” to improve the world. And look where it’s got us…

With new inflationista Janet Yellen now at the helm, the Greenspan/Bernanke doctrine is firmly entrenched at the Federal Reserve. The tough and austere tenure of Paul Volcker, who was chairman before Greenspan took over, is long forgotten.

…expect Janet Yellen… to inflict her own brand of inflationism onto the world economy.

It’s peculiar then that the final Fed meeting that Bernanke presided over last week made no mention of the big problems starting to surface in the emerging markets… problems ultimately caused by the Fed’s years of ultra-easy money.

Do they think that it’s not their issue to deal with? Maybe, but India’s central bank boss, Raghuram Rajan, doesn’t think so. As one of the biggest emerging markets, India is suffering the effects of capital outflows and had to raise interest rates last week to support its currency, the rupee. He blames the Fed and gave Bernanke a covert send off last week. From Bloomberg:

“‘International monetary cooperation has broken down,’ Rajan, 50, said yesterday in an interview in Mumbai with Bloomberg TV India, noting how emerging markets helped pull the global economy out of crisis starting in late 2008. ‘Industrial countries have to play a part in restoring that, and they can’t at this point wash their hands off and say we’ll do what we need to and you do the adjustment.

“‘The U.S. should worry about the effects of its policies on the rest of the world,’ Rajan told a group of students in Mumbai today in response to a question on how Indian policies affect other countries. ‘We would like to live in a world where countries take into account the effect of their policies on other countries and do what is right, broadly, rather than what is just right given the circumstances of that country.’”

While Rajan might have a point, he’s just a typical central banker winging when things aren’t working out. It was Bernanke’s easy money starting in 2008 that led to capital flowing into emerging markets, including India’s. This pushed down interest rates and led to booming conditions. It’s what helped emerging markets “pull the global economy out of crisis.”

Now that the money is starting to flow the other way, Rajan doesn’t like it. Well, tough luck! We live in a globalized, U.S. dollar-centric world. Emerging markets are highly dependent on U.S. dollar based capital flows. They’re locked into the dollar via trade and the financial system.

This is what gives the U.S. its great economic power. Ultimately, the ability to issue debts in your own currency and to have those debts considered a highly valuable asset by smaller economies is economic nirvana… for the U.S.

And it’s what allows the Fed to follow its perpetual policy of inflationism. Whenever there’s a problem in the economy, just issue more debt… someone will take it… they need quality assets! But at the first sign of tightening, no matter how small, prices change at the margin. And the emerging markets are on the margin of the global economy, which is why you’re seeing problems there first.

This is why we think the world is only a quarter or two away from another bout of inflationism. That’s how long it will probably take for the Fed’s ever tighter monetary policy to hit the economy. When the signs do emerge, expect Janet Yellen to make her mark… to inflict her own brand of inflationism onto the world economy.

But it will differ from past efforts. It won’t be another round of QE. It will be something that seeks to get money into the real economy… not just financial markets. When it happens, or even before it happens, you’ll start to see gold and commodity prices pick up. Not because the global economy is improving, but because capital will shift into these beaten down markets to profit from another wave of Fed inflationism.

We make the argument that 2014 will be the year when the Fed gets serious about trying to create goods and services inflation, as opposed to asset price inflation, which they are already very adept at. We don’t know if they will be successful, but we’re confident they’ll give it a crack. That’s because the philosophy of inflationism says that once you start you can’t stop.

You can try to stop, but it will only bring about asset price deflation and deleveraging… which is what the Fed and central banks want to avoid at all costs. So we’ll go through another round of experimentation… another round of pushing the button and hoping it all works out.

2014 will also be the year when the Fed starts to lose control. People will begin to see that the Fed hasn’t a clue what they’re doing.

Greg Caravan
for The Daily Reckoning

Ed. Note: When people finally wake up and see how the Fed has caused these problems for the global economy, you should be one of the handful of people who aren’t surprised. Because if you’ve been reading the Laissez Faire Today email edition, you will have already read plenty of evidence indicting the U.S. central banks for the breakdown of the system. And you’ll be prepared for whatever comes next. Of course, if you’re not reading Laissez Faire Today, we can’t guarantee you’ll know any more than the guy who’s glued to CNBC. Your choice. Sign up for the FREE Laissez Faire Today email edition, right here.