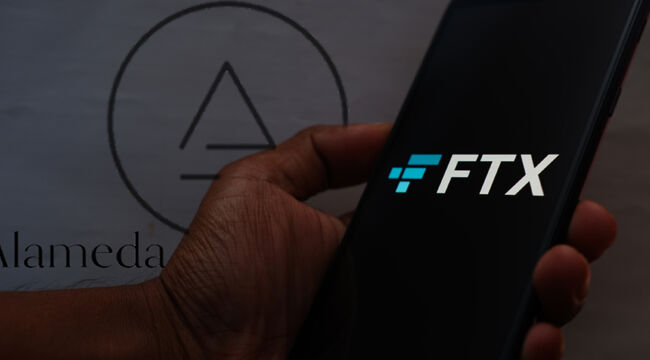 Why Did They Order SBF’s Arrest?

We note — with eyebrows rather raised — the curious arrest of Mr. Sam Bankman-Fried.

The collaring and jugging were executed at the request of the United States government.

The business transpired hours before he was scheduled to (remotely) appear before the United States House Committee on Financial Services.

His arrest canceled his appearance — and whatever testimony he may have shoveled up therein.

“A shocking turn of events,” Fortune labels it. Yet is it?

Thus he is suspicious about the timing of this arrest, and plentily so.

If you are prosecuting a case for the United States government… why not cage him after you have handed him the opportunity to incriminate himself?

This fellow likes to talk. Why not let him?

Mr. Turley’s questions are our questions, his puzzlement is our puzzlement. More:

If he had testified… Bankman-Fried could not only have made any criminal defense more difficult but he could have potentially tripped the wire for allegedly false or misleading statements under oath. It was a target-rich environment for Congress — and a potential bonanza for prosecutors.

Bankman-Fried was in a dangerous free fall. Despite his legal team, Bankman-Fried seemed to be praying for someone to “stop me before I speak again.”  Someone just did.

Yet who… and why?

Speculation runs amok. SBF — as he is widely referenced — was the second-largest campaign contributor to Democratic campaigns this election cycle.

The fellow’s mother recently professed law at Stanford University. Incidentally… or not… she presides over a significant Democratic campaign war chest.

Might his testimony have proved embarrassing for the administration? Might they have instructed the Department of Justice, so-called, to have him jugged before he can testify?

Moreover: Rumors swirl that he facilitated the transfer of Ukrainian relief funding to Democrat candidates in the recent midterm elections.

That is, he was “laundering” money. This money would require a good washing to scotch the fish stench emanating therefrom.

A money laundering operation would naturally constitute another compelling reason to keep his mouth taped.

Our spies report various whispers, yet they cannot confirm them. Nor, obviously, can we.

Perhaps the United States Department of Justice had him jugged because it feared he presented a substantial flight risk.

The abovesaid Turley even allows the possibility that the Justice Department was out to prove it was acting aggressively against him — to demonstrate that his Democratic links will not cushion him from justice.

Again, we simply do not know. Yet long experience inclines us toward the silencing theory.

Please revisit Mr. Turley’s comments above. They sway us toward the silencing theory… the theory that admittedly affirms our natural suspicion of government.

Meantime, a Bahamian court has denied SBF bail. He will remain behind the bars until Feb. 8 — at minimum.

Here is the good news for the young Madoff: He will be incarcerated with others of his kind to whom he can relate.

That is, the correctional facility housing him is reportedly through and through with rats and maggots.

Yet with the honey come the aloes. Here is the bad news for him:

His case will fall within the jurisdiction of the Southern District of New York. Upon extradition to these United States, he will likely be cooped at New York’s Metropolitan Correctional Center.

That of course is the same Metropolitan Correctional Center where a certain Jeffrey Epstein was cooped in 2019… until his mysterious “suicide.” 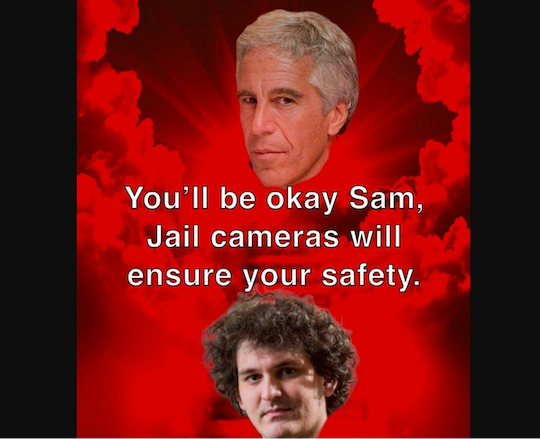