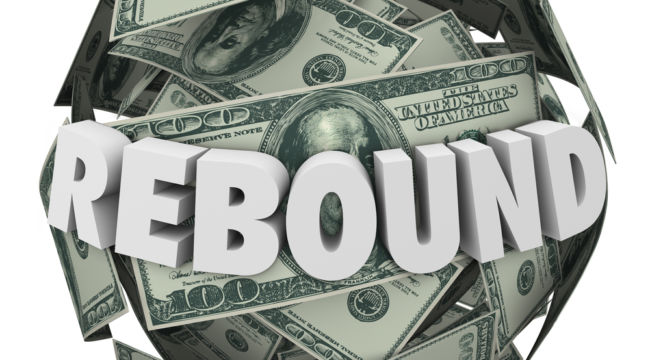 But will they soon be taking to their heels again? We cannot say.

We are nonetheless unsurprised that the S&P counterattacked to a 136-point gain today.

In each previous instance the S&P advanced the following day — all 10 of the 10.

Nor were these gains measured in centimeters, inches or feet.

Sayeth the Bespoke Investment Group crackerjacks who ran the numbers:

Remarkably, following all 10 of the Monday 5%-plus drops since 1952, the S&P has gained the next trading day. And not just gained but gained more than 2.2%.

The former hurled 1,161 points ahead, making good nearly half of yesterday’s losses. The latter, the Nasdaq, gained 393 points.

Hence our whiplashed neck from following the action these two days.

And so swirl the variable, gusting winds of sentiment…

All is peace while the warm, favoring trade winds push investors along.

But suddenly, out of a bright sky, a wintry gale comes barreling in from the north.

Most are caught in short sleeves, dreadfully unprepared for the frosting.

“There are two times in a man’s life when he should not speculate: when he can’t afford it and when he can.”

Yields ran up to 0.748% today after yesterday’s inconceivable 0.318%. They nonetheless remain beneath 1%.

And yesterday the entire yield curve — all the way out to 30 years — plunged beneath 1% for the first occasion in history.

The bond market still appears to warn of a severe economic winter ahead. A severe winter? It suggests a coming ice age.

But why did the stock market come storming from the trenches this morning?

Late yesterday the commander in chief stood tall before the troops, rallied them to the colors… and pledged “very dramatic” support.

That very dramatic support will evidently take the form of a payroll tax cut. It will further include “very substantial relief” for businesses knocked back by the coronavirus.

Thus the prospects of reinforcements put heart into the market.

But by sheerest coincidence… a “fiscal response” may also let Mr. Trump retain his throne this fall.

The president’s reelection odds have sunk to 50.5%, say the betting markets — a coin’s toss. They had previously stood near 60%.

The Verge of a Credit Crisis

The gallant response comes none too soon, says Stephen Innes, chief market strategist at AxiTrader. And not merely because of the stock market:

We are on the verge of a credit crisis. A fiscal response could be justified not because S&Ps are down, or oil is down, but because we are potentially on the cusp of a credit crisis driven by cash flow shortages and bankruptcies across a meaningful list of industries.

The roster of imperiled industries certainly includes the energy industry…

Oil withstood a 25% lashing yesterday. It clawed out a $3.46 gain today… but the damage runs deep.

The energy market creaks and sways under a load of risky debt. Many of the large banks are tied up to it.

Most United States shale oil producers only find production profitable with oil at perhaps $50 per barrel.

Today oil trades at only $34 and change. Hence production is immensely unprofitable.

Should defaults and bankruptcies begin issuing from the energy sector, they could potentially spread through the larger credit markets… like prairie fire through a parched land.

A prediction? No. We merely suggest a possibility.

Passed the Point of Diminished Returns

With interest rates so low as is, monetary policy has passed beyond that point of diminished returns.

More rate cuts are coming, yes. The market expects them. If the Federal Reserve fails to come through, the market could go to pieces again.

In that sense, the market holds a loaded pistol to Mr. Powell’s temple. He must go along.

But assume a fiscal response is on the way, despite the fact that the administration has provided few specific details — and that it would require Democratic blessings.

Will even a fiscal response be adequate to requirements?

Too Much Existing Debt to Provide Stimulus

Do not elevate your hopes, says Jim Rickards, taking the overall view:

After Monday’s massive market sell-off, many are calling on the Fed to rush in with additional rate cuts and possibly resort to other monetary tricks, even negative interest rates. They’re also calling for the federal government to unleash new stimulus in the form of fiscal policy to offset the adverse economic impacts of the coronavirus.

But here’s the problem: Central banks are largely irrelevant now (except as lenders of last resort). That’s because rate cuts no longer affect the economy.

We had zero rates from 2009–2015 and we only had 2.2% average annual growth versus the long-term 3.5% trend. And negative rates don’t work as central bankers think. Despite what many academics believe, people don’t spend more but actually save more. And fiscal policy doesn’t stimulate when the debt-to-GDP ratio is greater than 90%. Ours is about 105%.

What if the Fed Let the Financial Crisis Complete?

We wonder yet what would have transpired one decade ago — had the monetary and fiscal authorities stood paws off — and let the crisis run its course.

It would have been rough going for a stretch, certainly.

But it would have cleared out the dead and rotting wood… and killed off the termites munching their way through the foundations.

The economy could have rebuilt upon new, sturdier foundations of oak, of walnut, of the harder woods.

Total debt, public and private, would be a slight fraction of today’s $75 trillion.

Today’s debt-to-GDP ratio would be drastically less than 105%. And the economy would be far more resilient to “shocks.”

But rather than letting time and gravity complete their necessary work… the authorities rushed in with the supports.

The Cost of Every Pleasure

They prevented a collapse. But it left the deadwood in place — and the termites doing a brisk trade.

That is why annual growth pegs along at some 2%, unlike the 3.5% previously obtaining.

The economy groans under too much unproductive debt to push along. And debt is only rising.

The decade-long, debt-fueled bull market in stocks has been a thing for the ages, an immense and exhilarating thrill.

But the nation way learn yet:

“The cost of every pleasure” — as the great Buddha probably never said — “is the pain that succeeds it.”