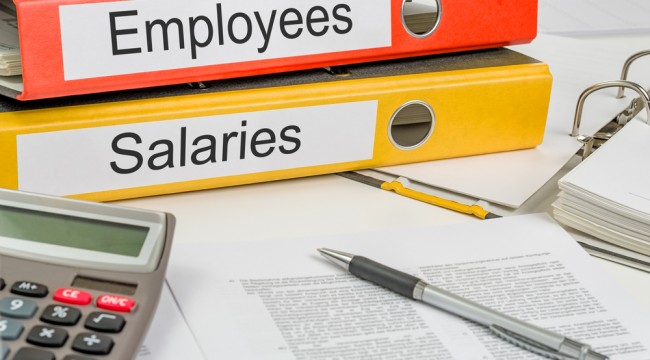 Where Did the GDP "Growth" Go? Not Into Wages

How can the economy grow by roughly one-third in real dollars while real median household income drops like a rock? 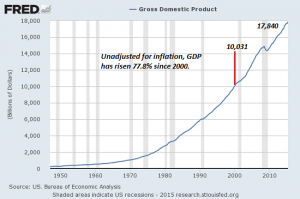 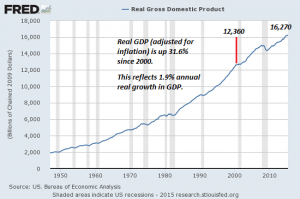 It would be natural to expect full-time employees’ wages and salaries to rise at about this same rate as the economy expanded. But real median weekly earnings (wages and salaries) increased a grand total of $7 in the past 15 years: from $334 per week to $341 per week. 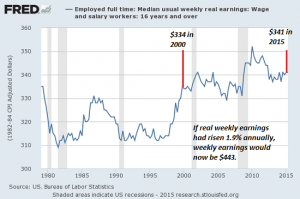 In other words, the growth in real GDP hasn’t trickled down to wages and salaries.

Real household income–which includes both earned income and unearned income such as dividends and interest–has plummeted 8.5% since 2000. This is a striking contrast with real GDP growth of 31.6%: the economy has expanded 31.6% after adjusting for inflation, while real median household income has declined 8.5%. 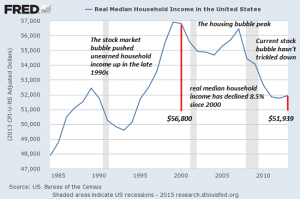 So where did all this growth of the economy end up? How can the economy grow by roughly one-third in real dollars while real median household income drops like a rock and real wages/salaries are essentially unchanged for 15 years?

You can check these projections based on 1.9% annual growth for yourself with a simple Excel spreadsheet.