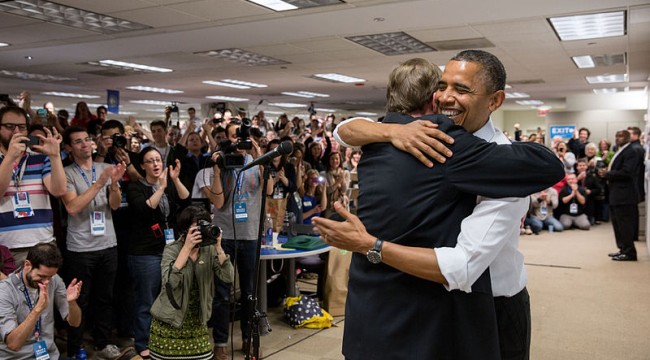 Where Candidates Fear to Tread

That the snarkier circles of political commentary thrill to the elephantine bellowings of Donald J. Trump only shows the pathetic limitations of the snarkists.

They enjoy Trump’s filterless mouth, his harsh goadings of the other presidential wannabes, and his supposed telepathic empathy for the suffering public outside the magic kingdom of DC.

Trump has one legitimate issue, immigration, plus a brief against the general incompetence of professional politicians, and a pocketful of grandiose claims about his majestic skills in business and deal-making.

As business goes in this huckster’s paradise, being a real estate developer is perhaps one click above being a car-dealer, and the fact that some of Trump’s artful deals end up in bankruptcy court might argue against his self-proclaimed mastery.

Hence, his relegation to the clown category.

What Trump represents most vividly in this moment of history is the astounding lack of seriousness among people who pretend to be political heavyweights.

No one so far, including the lovable Bernie Sanders, has nailed a proper bill of grievances to the White House gate.

A broad roster of dire issues facing this society ought to be self-evident. But since they are absent so far in the public discussion, here is my list of matters that serious candidates should dare to talk about (all things that a sitting president could take action on):

The security state. America has developed the most horrifying state security apparatus that the world has ever seen in its NSA and associated agencies.

It has become the sugar tit for some of the most malevolent enterprises of the corporatocracy — the black ops companies and the weapons dealers.

The growth of this monster was not mandated by heaven. A president could lead the move to deconstruct it. A candidate with a decent respect for our heritage would make this a major campaign issue.

Related to this is the disgusting militarization of the police. Police forces in small towns have no business owning MRAP vehicles, tanks, and heavy weaponry.

The federal government gave a lot of this stuff to them. Guess what? It can take the stuff back. Serious candidates should propose this.

There is a more general militarization of national life that ought to be disturbing to thoughtful citizens.

I live near a US Naval base. I see enlisted men in town wearing desert camo uniforms on their time off. I resent this hugely. Military personnel at home have no business wearing war theater garb in a place where they are not at war.

Historically, it was never before the case that US soldiers went about in battle dress at home. This disgusting trend has even been adopted in major league baseball. The New York Mets and the Pittsburgh Pirates have gone on TV wearing camo baseball uniforms. What are they trying to prove? That we are all at war all the time?

Be very clear: it is a hostage racket. You are the hostage when you are sick or in need of treatment. You will probably agree to anything that will save your life. The medical racketeers know this.

Hence, we live under the tyranny of the “Charge-master” pricing system that assigns ludicrous costs to everything doled out as “medicine,” with the pharmaceutical industry creaming off whatever remains.

A trip to the ER with a broken arm can easily propel a household into financial ruin. A president could apply the antitrust laws to many of these rackets and practices. There is no excuse for failing to take a stand.

The most dangerous rackets of our time are those running through banking and finance.

The superficially genial President Obama has done absolutely nothing to defend the public against gross financial misconduct and pervasive accounting fraud.

His justice department has failed to prosecute widespread criminality in banking and his regulators at the Securities and Exchange Commission and other agencies have sat on their hands for six years while markets are hijacked and manipulated.

This behavior gives credence to a greater conspiracy between the governments, the “systemically important” banks, and the Federal Reserve to prop up a Potemkin financialized economy for political cover and favor at the expense of crumbling real economy.

A potential president has got to swear to defend the public against these institutional turpitudes. A president can lead the way by proposing to reinstate the Glass-Steagall act and by directing the justice department to break up the “systemically important” banks before they implode the entire operating system of the global economy.

President Obama didn’t do a damn thing in the wake of the 2010 Citizens United decision issued by the Supreme Court. This decision endowed the alleged “personhood” of corporations with a “right” to express their political opinions by giving money in unlimited amounts to candidates.

The decision has been a disaster, since it amounted to a “right” to buy elections. The “personhood” of corporations has evolved during the industrial age from a very circumscribed set of chartered practices to the very dubious realm of “personhood” privileges.

The basic truth is that corporations do not have duties, obligations, or responsibilities to the public interest; only to their shareholders and boards of directors; and this condition should be self-evident to jurists.

Hence, it is necessary to directly address by statute or constitutional amendment the limitations on the personhood of corporations. A president can lead the effort to do this via his party allies in congress.

Why has the foreign policy apparatus of the USA gone into the business of antagonizing Russia?

How does it benefit the American people for its government to finance and direct a coup d’é·tat in Ukraine?

Why did the Senate Foreign Relations Committee cease to function? Some of the GOP candidates for president are sitting senators. Why doesn’t press inquire of their failure? Why is there no public discussion of this very disturbing policy?

President Obama promised in 2009 to put an end to the revolving door between government regulators and the entities they were regulating, banks in particular.

He did absolutely nothing about it.

In fact, he installed a revolving door at the White House, allowing the free movement of such rogues as Robert Rubin, Gary Gensler, Mary Jo White, and Larry Summers in and out of government.

Such villains are destroying the nation. Any president with a shred of common decency could put an end to this practice.

There you have a few choice things to chew on. They go beyond mere inchoate rage and revulsion against politicians. They represent a very rich agenda of matters the country must attend to if it is going to survive.

I wonder if the major media grandees who make up the debate questions will even think of these things.

P.S. I originally posted this article on my blog, right here.