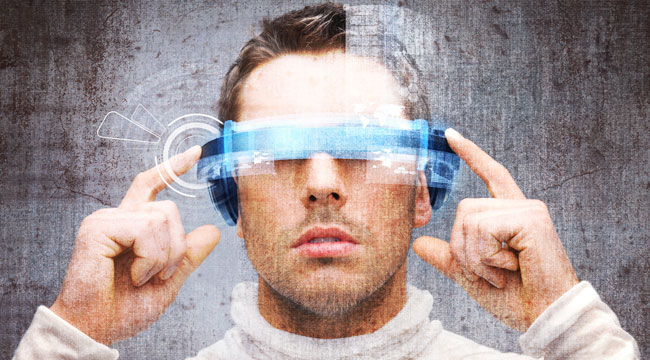 At the start of the month, Katta released his first app for the Google Glass platform, called Glass Tesla, which pairs Google’s experimental augmented-reality eyewear with the Tesla Model S electric car.

To call this a “niche” application is even a bit too broad. An estimated 4,750 Model S units were sold in the U.S. in Q1 2013, and the Google Glass Explorer program included just 2,000 people. Even though both Glass users and Tesla owners fall into the same early-adopter category, a Venn diagram of the two would reveal only a tiny overlap.

Yet Katta found himself in that overlap. As a Google Glass Explorer and self-confessed geek who had access to a family member’s Tesla Model S, he whipped up the app just for fun over a weekend. He admits that it’s largely a reverse-engineer job of Tesla’s official Android app, mostly because the company doesn’t provide developers with an open tool kit to play with.
That being said, the application includes all of the features of the Android app, which aren’t necessarily meant to be used while driving.

Instead, it focuses on features that are useful when the car is parked: charging can be turned on and off, the internal temperature can be queried and adjusted, doors can be locked and unlocked, the sunroof can be opened and closed, the horn can be honked and the lights flashed. If you decide to park somewhere where there isn’t a charging station, you can ping your car and have it show up on a map. It’s a set of features for a luxury vehicle.

The head-up display functionality that could take true advantage of Glass’ form factor does not actually exist yet. Katta says he’ll be able to add this when Google advances capabilities for Glass.

“I’m already working on it,” Katta said. “We’ll soon be able to do something along the lines of being able to say, ‘OK Glass, open the trunk,’ for when you’re carrying groceries and your hands aren’t free.”

Driving is perhaps the prime time when your hands and eyes aren’t free, so with voice commands, the app will also be able to open the sunroof or change the temperature or do any number of other actions. So even though Glass Tesla is nestled in a niche that fewer than 50 people are likely to use, it’s on the cusp of something big.

“I think this absolutely highlights the potential of wearable technology and how it will interact with the tools we use every day,” Katta said.

He’s right, but there’s a lot that could change. Google Glass is too much of a departure from the present mobile computing paradigm to be covered under current safe-driving laws. It’s entirely possible that a decision could be made to ban Glass from moving vehicles, like it’s been banned in certain static locations. Such is the risk of the bleeding edge.

Tim Conneally
for Tomorrow in Review

Tim Conneally was born into dumpster tech. His father was an ARPANET research pioneer and equipped his kids with discarded tech gear, second-hand musical instruments, and government issue foreign language instruction tapes. After years of building Frankenstein computers from rubbish and playing raucous music in clubs across the country (and briefly on MTV) Tim grew into an adult with deep, twisted roots and an eye on the future. He most passionately covers mobile technology, user interfaces and applications, the science and policy of the wireless world, and watching different technologies shrink and converge.