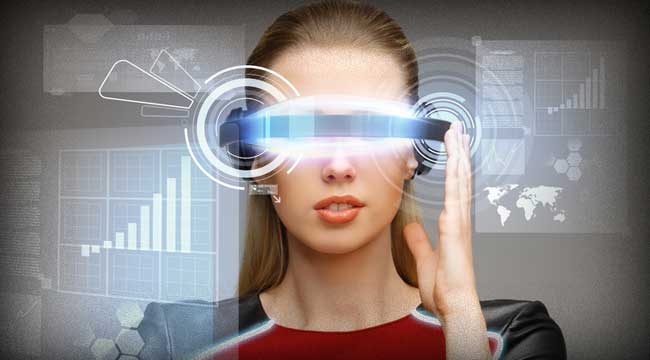 Periodically, I forget that the rate of scientific change is accelerating exponentially. If you’re paying attention to the people who are actually pushing the scientific envelope, you will be astonished by the progress and the wealth it is creating. It is, however, easy to be lulled into complacency. This is especially true during dramatic events, such as the current meltdown of Chicago-style federal governance.

Ultimately, however, scientific progress trumps everything, including malfeasance and inertia. We’ve seen this happen in information dissemination. Traditional media have never done an adequate job of covering scientific issues, but the coverage is less useful today as formerly successful news outlets fall by the wayside due to the triumph of the Internet. As major media players face increasing losses, science journalism is degraded even further.

Fortunately, real scientific news is available, but you have to get it from the source. I recommend looking for it on the websites of the companies that are making history.

BioTime for example has a remarkably informative and entertaining website. In fact, it has news posted now with enormous financial and cultural impacts.

BioTime’s recent announcement is, frankly, among the biggest breakthroughs that I’ve ever covered. Every time I think this company has peaked, it surpasses itself. The stem cell science breakthrough announced yesterday blindsided me. I knew it was coming — someday. I had no idea, however, that the company had moved so far ahead in the development of the ability to completely restore limbs and organs.

Slightly over a week ago, BioTime CEO Dr. Michael West gave a major presentation at the USC Musculoskeletal Development and Repair conference at the Keck School of Medicine, part of the University of Southern California. Titled Derivation of Chondrogenic Progenitor Lines From Human Embryonic Stem Cells, it discussed “new data on purified and scalable human embryonic progenitors with molecular markers corresponding to limb bud mesenchyme.”

According to the company’s description, “These novel cells differ markedly from adult mesenchymal stem cells and may have novel applications in limb regeneration and the repair of disease and injuries to the weight-bearing joints.” This has got to be one of the most restrained scientific announcements in the history of regenerative medicine.

In fact, West is talking about the successful creation of limb bud stem cells. These are the cells that, in embryos, develop into full limbs. BioTime showed off the markers of leg limb buds in a recent press release, but it’s clear that the company is on track to developing these cells for therapeutic purposes.

Essentially, however, the point is that BioTime has created and identified the cells that can turn into legs. As radical as this seems, this salamander-like ability actually exists in humans during the embryonic stage of human development. If something happens to the limb of a developing embryo, the entire limb can regrow. BioTime’s announcement makes it clear, I believe, that this ability can be restored in adults.

Obviously, it’s going to require additional evidence to convince the scientific community that such radical therapies are possible. Fortunately, however, there is already considerable interest in this field of medicine, in large part because of the military’s desire to restore the limbs of injured soldiers. I expect important collaborations. In a recent presentation, BioTime announced to the scientific community that they have the raw materials and technology to make full limb and organ regeneration a reality.

Let me emphasize that this is not transplantation technology or embryonic stem cell therapy. We’re talking about restoring embryo-like abilities in adults using the patients’ own induced pluripotent stem cells that have been restored to embryonic youthfulness and power. As a result, there is no chance of immune rejection.

Personally, by the way, I think the most revolutionary aspect of this discovery is the potential to turn on embryo-like regrowth in the brain. We’ve seen the way to replace aging cells in every part of the body with rejuvenated younger versions for some time now. The brain, however, presents a special challenge because transplanted brain cells would transfer memories and identity, as do naturally developing brain cells. This technology opens up the possibility of making injured and aged brains young.