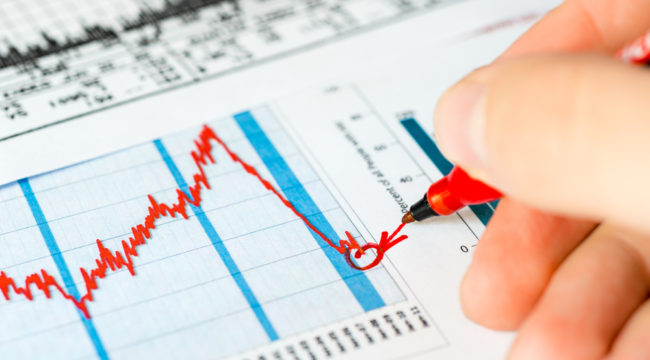 When the “Melt-up” Melts Down

And so the moths speed to the flame…

Schwab says more clients opened brokerage accounts in the first half of 2017 than at any time since the dot-com fever:

New accounts are at levels we have not seen since the internet boom of the late 1990s, up 34% over the first half of last year.

Perhaps you recall what followed the internet boom of the late 1990s?

But you may not recall the bewitching flame that drew the moths to their fiery demise — the Nasdaq soared 200% over the 18 months before its 2000 high.

When fear gives way… the bears give up… and the crowd gives in.

The same crowd ultimately gives back — royally — as it did when the dot-com melt-up melted down in 2001.

If stocks have entered their final melt-up phase… when does the inevitable meltdown start?

Today, a clue… and a possible answer…

But first a premise, by way of Blackthorn Asset Management’s Terence Reilly:

The Federal Reserve is in a “tightening” cycle.

Last month it also began draining a major source of liquidity — the behemoth $4.5 trillion balance sheet it inflated after the last crisis.

But if the Fed is tightening, if it is draining kerosene from the system… how could stocks melt up?

Ah, but the Federal Reserve doesn’t run a corner on the world’s arsenous liquids…

By April, Bank of America (BofA) noted that central banks around the world had already purchased $1 trillion in assets to that point of the year.

By the end of the year, it will be roughly $2 trillion… if our agents report the news accurately.

If you wish to explain the market’s recent highs — at least in part — perhaps you have your man.

“Even with the Federal Reserve telegraphing to the market that it intends to shrink its balance sheet,” affirms the aforesaid Reilly, “central bank balance sheets worldwide have still grown at 8% year over year.”

But what happens when those same balance sheets stop expanding?

The European Central Bank is expected to taper its bond purchases this month… as is the Bank of England.

These bond purchases continue — but at a lesser gait.

But at the projected rate, global central bank bond purchases taper to zero by the end of next year.

By the end of next year, the combined expansion of all the major central bank balance sheets will have collapsed from a 12-month growth rate of $2 trillion per annum to zero.

Zero Hedge, by way of confirmation:

2018 will see the world’s most important central bank balance sheets shift from a 12-month expansion of more than $2 trillion to a broadly flat position by the end of 2018, assuming the Fed and ECB act according to expectations.

Does the melt-up melt down by the end of next year… as the credit runs dry?

If the relationship between central bank credit and markets holds true, maybe.

But Zero Hedge pointed out the joker in the deck:

“Assuming the Fed and ECB act according to expectations.”

Why wouldn’t they? They’ve done it before.

Then it’s another spin of the merry-go-round… and the cycle starts over again… with even more combustible fuel in the system.

“The danger is that [central banks] have let the party go on too long, and it’s already too late,” says Bloomberg.

We do not disagree.

But some parties last a lot longer than expected.