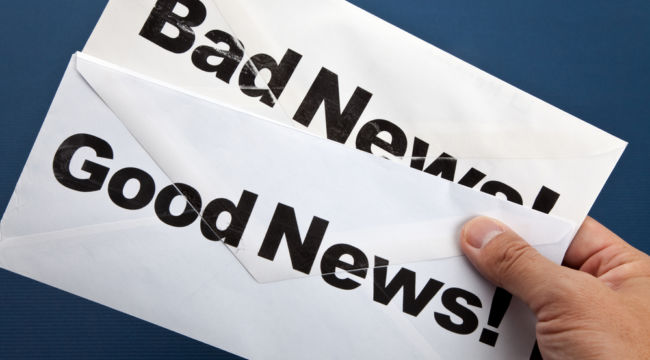 When Good News Is Bad News

Not one year later he has thrice lowered rates.

And quantitative tightening? It is but a remote and cobwebbed memory.

What remains of this fellow’s dignity, his pride, his amour propre… we cannot say.

But now he is standing his defiant ground…

Powell’s Latest Line in the Sand

Only a “material change” would shake him off his bedrock… whatever that might be.

But be not deceived…

The “pause” will prove brief. Additional rate cuts are forthcoming — depend on it.

Why are we so supremely confident?

First a salacious glance inside the cathouse…

Once again the trade war claims credit. As Bloomberg reports this morning…

Chinese officials harbor severe doubts that a trade deal with the United States is possible.

They are evidently distressed by President Trump’s “impulsive nature.” They fear he may yank the rug from under any deal at any time… for any reason.

Affirms Eswar Prasad, who once captained the IMF’s China team and currently professes at Cornell University:

They are quite pessimistic. They fear that any deal that they negotiate with Trump could blow up in their face.

But why are we so certain the Federal Reserve will soon depress interest rates again?

The Curious Tale of the Yield Curve

Is it because third-quarter GDP registered a lilting and languishing 1.9% increase?

Is it because the global economy is hurtling toward recession?

We expect these factors to weigh heavily.

But let us now suggest another, vastly overlooked explanation…

As we have noted often…

It is a grim economic omen.

It means the bond market expects little growth ahead — or worse.

An inverted yield curve has preceded recession seven of seven occasions these past 50 years.

The yield curve inverted in April. It further inverted during the summer months.

But earlier this month — on Oct. 11 — the yield curve un-inverted.

That is, long-term Treasury yields once again exceeded short-term yields.

The spread has only steepened since.

That is a splendid indication of a healthful economy.

Here’s the good news: The yield curve — 10s versus bills, 10s versus 2s — has now finally moved back into a normal position. Long rates are now above short rates…

“Before you said an inverted yield curve is a nearly perfect warning of recession. Now you’re saying the yield curve has un-inverted and steepened, which is a sign of a healthy economy. How is that bad?”

You ask a stumping question. But we anticipated your objection… and prepared a response.

Here is your answer:

The yield curve nearly always un-inverts — and steepens — prior to recession.

The bond market gives off an all-clear signal prior to recession.

Why? Here is the likely answer:

The Federal Reserve first sniffs trouble. It then begins to furiously hatchet rates against approaching recession — and we remind you, yesterday’s rate cut was the third this year.

This fierce assault upon rates pummels short-term yields back down beneath long-term yields.

Thus the yield curve un-inverts… and offers the illusion of renewed economic vigor.

What people don’t understand is that when the recession is getting to be close to your doorstep, the curve actually steepens out because the Fed gets the joke, finally, that they’re behind the curve and they need to cut interest rates more.

Alas… it is too late. Recession is soon upon us.

Indeed, over the past 40 years, only during the successful precautionary rate cuts in 1998 did a re-steepened yield curve not constitute a worrisome sign.

We must therefore conclude the un-inverting of the yield curve is a woeful and lamentable development — despite the mainstream rah-rahs.

Once the evidence of recession is in, the Federal Reserve will proceed against interest rates with even greater abandon.

But here is a dilemma in waiting…

The Fed Is Dangerously Low on Ammunition

History indicates rates must rise between 4% and 5% to wage successful war upon recession.

Mr. Powell and friends will therefore enter the approaching combat at half-strength — or possibly less.

They will drag rates ultimately to zero. But there they will encounter massive, savage resistance at the zero bound.

Do they press the attack, attempt to pierce the enemy defenses… and break through into negative territory?

The present commander in chief argues yes. He would order them crashing into the breach. From this morning’s dispatch:

Over in Europe and Japan they have NEGATIVE RATES. They get paid to borrow money. Don’t we have to follow our competitors?

Our suspicion is they will.

We suspect equally that negative rates will fail, as they have failed in all known examples.

Please see Japan, which has wallowed for decades. Please see Europe, which presently verges upon recession.

That is why the authorities will resort ultimately to nuclear warfare — Modern Monetary Theory (MMT).

They will explode thermonuclear devices of cash over Main Street. It will come raining down like so much confetti.

From there it will circulate freely and widely. But it will bring a false prosperity.

That is because any prosperity that springs from the printing press is illusion. But illusions die hard — especially the illusion that money equals wealth.

Like many wars, this one will yield a dreadful inflation.

And the inflationary fallout could sicken for years and years…